The Nigerian film industry, commonly known as Nollywood, is growing rapidly and offers a wide range of variety for relaxation and enjoyment to Nigerians and foreigners worldwide. The industry has expanded significantly, becoming the biggest in Africa and the second largest in the number of films made in a year, just after Bollywood.

The Nigerian film industry has proven that it is capable of producing a wide range of genres, including action, drama, comedy, and soap operas. We have chosen to examine some of the Nigerian films that can be regarded as the best in this article. You’ll concur that compiling a list like this may be entirely subjective because what one person considers a good movie may not be what another person finds a good film. However, we made every effort to bring you what we feel to be the best ten Nigerian films of all time—and what we anticipate many others would agree with.

Note that the list below is in no particular order. So now, let’s get started.

Nkem Owoh is the star of the 2003 Nigerian comedy film Osuofia in London was produced and directed by Kingsley Ogoro. The movie has likely had one of the most significant commercial successes in Nollywood history. However, Osuofia in London 2, a sequel released in 2004, came after it. Nkem Owoh portrays the foolish villager Osuofia, who learned of his brother Donatus’s passing in London. Francis Odega portrays Donatus, who named Osuofia as the sole beneficiary of his enormous inheritance in his testament. Osuofia traveled to London only to learn that Samantha, played by Mara Derwent, his late brother’s English fiancée, is unsure about the Nigerian tradition of Osuofia becoming a beneficiary of his brother’s property. A comedy of mistakes was the outcome of cultural misunderstandings.

End Of The Wicked

End Of The Wicked is a contentious 1999 Nigerian horror movie written and directed by Teco Benson. In the 1990s and the beginning of the 2000s, a spike in claims of child witchcraft was attributed to the movie. As a result, the film received harsh criticism for blurring the lines between fact and fiction in Nigeria and overseas.

Becky Okorie plays the lead in the 1996 Nigerian horror movie Karishika. A nurse comes out to tell a man that his wife gave birth to a yam tuber while he is still waiting outside the hospital’s delivery room. He is furious and leaves the hospital right away. After his wife was released from the hospital, this would cause them to argue. After a violent quarrel, she hits him with a pestle, and he dies instantly. She is asked to hang herself when Karashika appears, and once she does so, Karashika drags her to hell. Some scary stuff, but a huge classic. If you know, you know.

Using escorting, autonomous single women in Nigeria’s historically patriarchal society set out on their freedom in the two-part Nollywood film Glamour Girls. Liz Benson, Ngozi Ikpelue, Eucharia Anunobi, Pat Attah, Ernest Obi, Zack Orji, and other actors were in the movie, which was very well-liked in Nigeria. Penniless call girl Sandra, played by Jennifer Okere, comes to Lagos after her close friend Doris, played by Gloria Anozie, offers to help her establish herself as a “senior girl,” fed up with her meager accomplishments and inability to maintain a steady connection with suitable suitors. Prostitution is the main topic of the movie’s second part, “Glamour Girls: The Italian Connection.”

Okechukwu Ogunjiofor produced the two-part drama thriller Living in Bondage in 1992–1993, directed by Chris Obi Rapu, written by Kenneth Nnebue and Ogunjiofor, and sponsored by Jafac Wine. Nnenna Nwabueze and Kenneth Okonkwo played the standout parts in the straight-to-video movie. It is thought to be the first blockbuster-selling home video produced in Nigeria. Living in Bondage’s ten-year rights were purchased by Charles Okpaleke in August 2015 through his production company Play Entertainment Network. The eagerly awaited sequel, “Living in Bondage: Breaking Free,” debuted in Lagos on November 2, 2019.

Amayo Uzo Philips’ 2002 family comedy Aki na Ukwa is set in Nigeria. Osita Iheme and Chinedu Ikedieze both appear in the movie. The movie served as both Osita and Chinedu’s acting debut; this was their first time working together. Because of the introduction of Osita Iheme and Chinedu Ikedieze in the lead parts, who respectively played the so-called characters of PawPaw and Aki, the movie received favorable reviews upon its release and is now recognized as one of the best in Nigerian cinema history.

Don Pedro Obaseki and Andy Amenechi collaborated on the 1999 Nigerian adventure movie Igodo: The Land of the Living DeThe film describes a village as being plagued by demonic spirits and sorcery. The only way to defeat the evil spirits was for the men of the village to travel to the wicked forest and retrieve a sword endowed with extraordinary abilities to battle evil spirits and forces in the village. Igodo accompanies this journey into the dark jungle.

Kemi Adetiba wrote, co-produced, and directed King of Boys, a 2018 Nigerian crime political thriller movie. Following the debut of The Wedding Party, it is the second film that Kemi Adetiba has directed. As they did in her directorial debut, The Wedding Party, Kemi Adetiba, Adesua Etomi, and Sola Sobowale are all back together. In addition, Illbliss and Reminisce, two rappers, make their film debut in this power struggle-centered film.

The action movie Rattlesnake was released in 1995 and was written, directed, and produced by Austin Awulonu. It was Amaka Igwe’s first attempt at directing a full-length movie split into three segments. Cast members include. Francis Duru, Okechukwu Igwe, Nkem Owoh, Anne Njemanze, and Ernest Obi.

Tags
Featured Nollywood
Ikedichim Chibundu Follow on Twitter January 19, 2023Last Updated: January 19, 2023
Back to top button
Close
We use cookies on our website to give you the most relevant experience by remembering your preferences and repeat visits. By clicking “Accept”, you consent to the use of ALL the cookies. In case of sale of your personal information, you may opt out by using the link .
Cookie settingsACCEPT
Manage consent 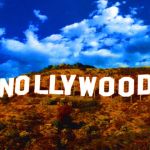