Many aspiring singers have had their careers launched by “American Idol” since its premiere 20 years ago. Simon Cowell, Paula Abdul, and Randy Jackson served as judges for the Fox television program’s 2002 premiere. Unfortunately, the program ended in 2016, but ABC decided to bring it back two years later. This time, judges Katy Perry, Luke Bryan, and Lionel Richie would be in charge of the program.

Even still, the message persisted: You can realize your aspirations, and “American Idol” might be able to assist you in doing so. Success for singers wasn’t contingent on winning; some of the biggest winners didn’t place first. Keep scrolling down to look back at 20 successful talents who got their big starts on “Idol.” 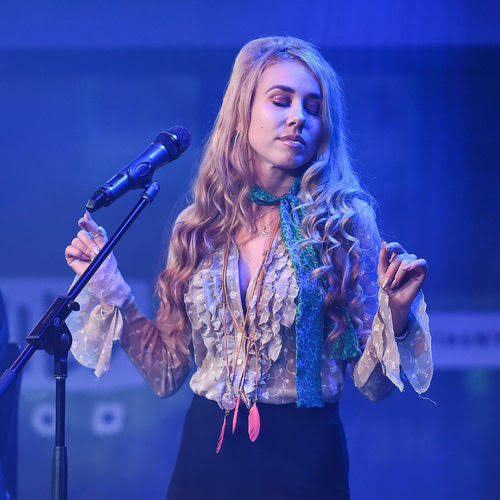 Haley Reinhart was an American Idol contestant in 2011 with a vocal range that lies between between a jazzy coo and a throaty, soulful belt. She received a deal from Interscope Records after coming in third place. She started singing when she was eight years old and eventually joined her parents’ cover band while a senior in high school in Wheeling, Illinois.

However, Reinhart’s rendition of Elvis Presley’s “Can’t Help Falling in Love” is what made it a viral smash and propelled her to the top of the Billboard charts. Since her idol loss in 2011, Reinhart has put out four studio albums. 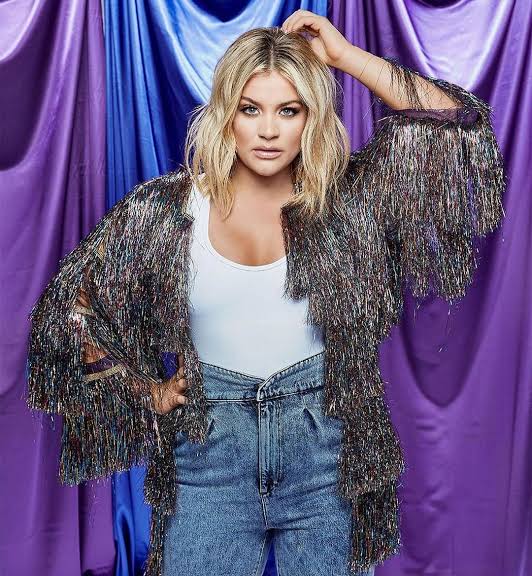 Alaina was born in Rossville, Georgia, in 1994. She grew up listening to country music and started singing at around three years old. Lauren Alaina, a singer from the South with a penchant for modern country pop, first caught the public’s eye as the runner-up on Fox’s American Idol in 2011.

Her 2011 début, Wildflower, peaked at number five on the Billboard Top 200, riding the wave of her Idol success into the charts. Alaina achieved her first number one Billboard Country Airplay success with “Road Less Traveled,” the album’s first single from her sophomore album in 2017. 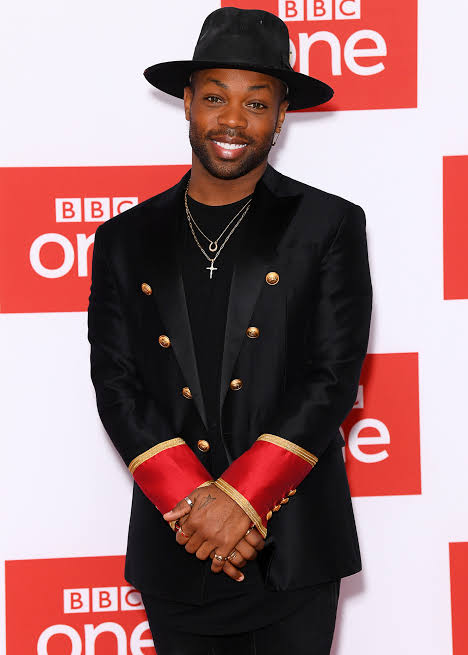 Todrick Hall, an American entertainer from Arlington, Texas, became well-known in 2010 after reaching the semifinals of the ninth season of American Idol. He started by making an ongoing collection of popular music artists-themed viral films. He claimed that the practice of talent show contestants releasing albums or EPs was well-established, so he ultimately chose to go the route of fusing his various talents using the tools offered by the online streaming site YouTube. 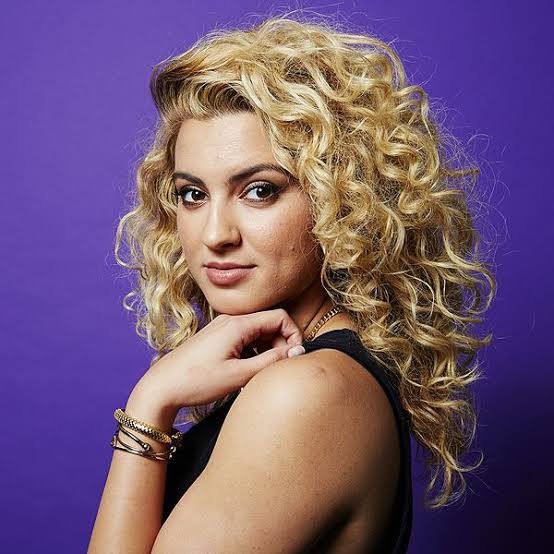 During Season 9 in 2010, Tori Kelly reached Hollywood Week but was mercilessly fired before the live shows began. In Season 19, Kelly returned to the “Idol” stage to perform duets with a few contestants.

She first gained fans online before breaking through independently with her 2012 album Handmade Songs by Tori Kelly. Kelly’s major-label follow-up album from 2015, Unbreakable Smile, did even better thanks to the hit track “Should’ve Been Us,” peaking at number two on the Billboard 200. Since then, as heard on 2018’s Hiding Place, which received the Grammy Award for Best Gospel Album, she has grown more devoted to her Christian beliefs. 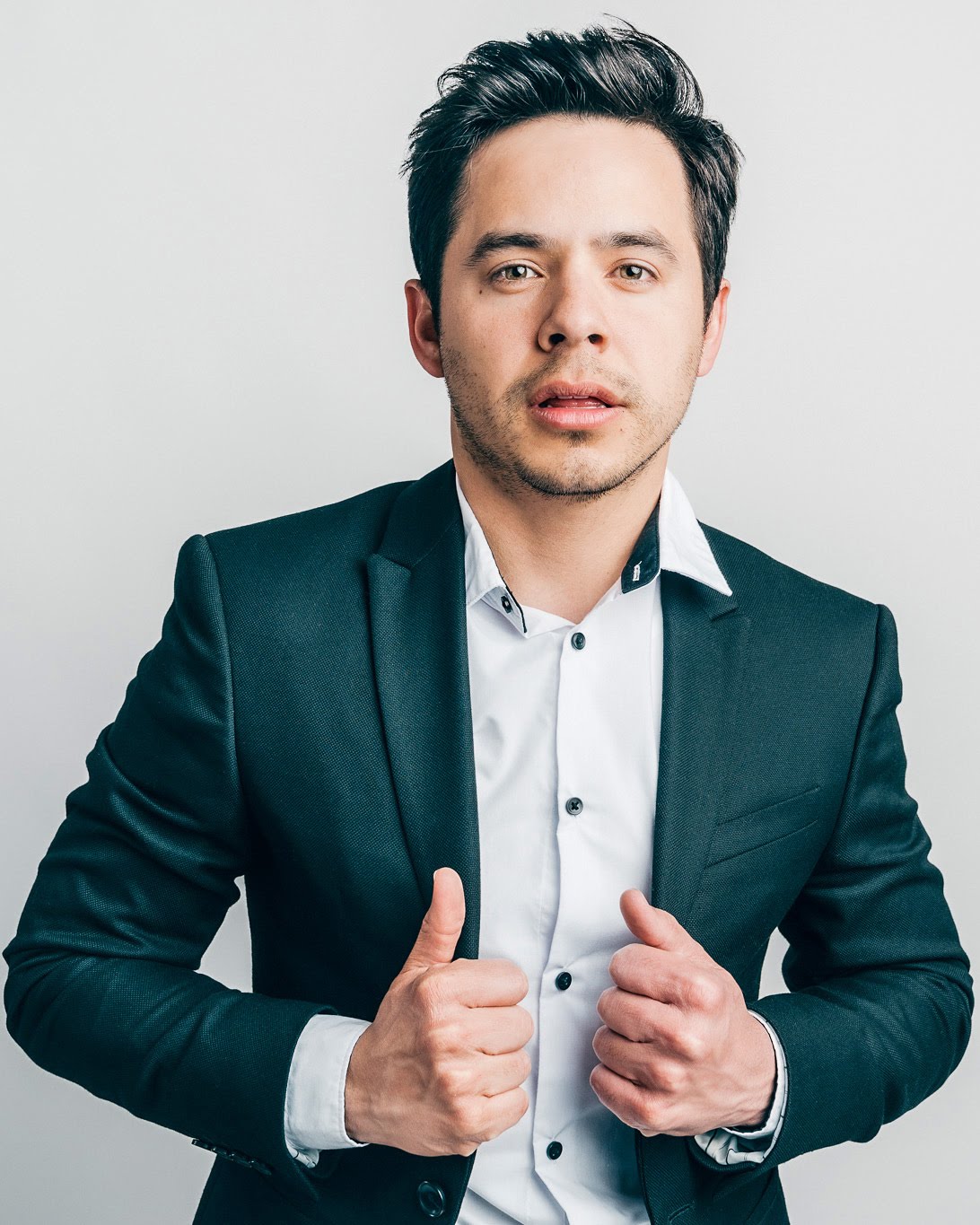 David Archuleta is an adult contemporary musician who gained his first following in 2008 when his boyish charm and tenor voice helped him come second on American Idol. He released a few popular solo albums after his stint on the program, including the gold-certified “David Archuleta,” which peaked at number two on the Billboard 200.

Before the singer left on a two-year missionary assignment for The Church of Jesus Christ of Latter-Day Saints, “The Other Side of Down” also made it into the Top 20. When he returned, he showed off his developing sound on 2017’s “Postcards in the Sky.” 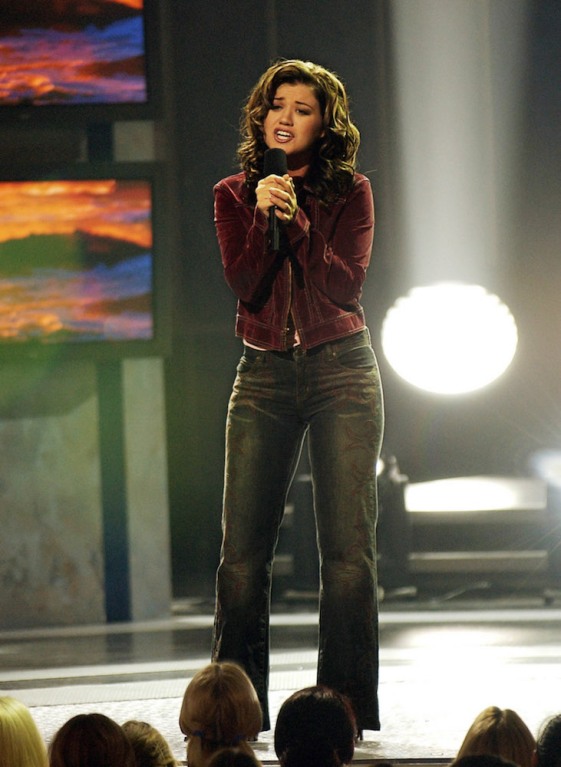 Kelly Clarkson, who won American Idol’s first season, is a multi-talented artist with a powerful voice and charisma. She was excellent on the show in all three genres: pop, rock, and country, thanks to her warm, multi-octave vocals. The best-selling single in the United States in 2002 was Clarkson’s debut song, “Before Your Love/A Moment Like This,” but she defined her career on her terms almost as swiftly. 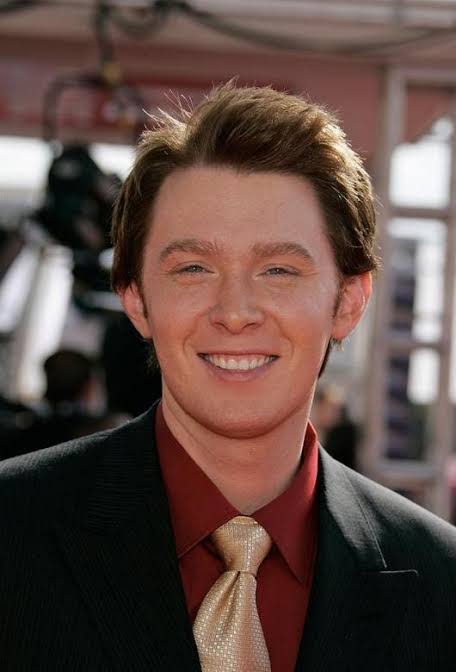 Vocalist Clay Aiken won over television fans as the runner-up on Fox television’s second season of American Idol with his Southern charm, gentle manner, and powerful tenor voice, which all worked together to make him a pop phenomenon (and, later, a fixture on Broadway). Aiken made history in the same month when her first single, “This Is the Night,” shot to the top of the Billboard Hot 100 chart.

During the first week, more than 392,000 copies were sold. Aiken returned to the spotlight in October 2003 with the release of his full-length studio debut, The Measure of a Man, which sold 613,000 copies and reached the top place on Billboard’s Top 200 during its first week of availability. 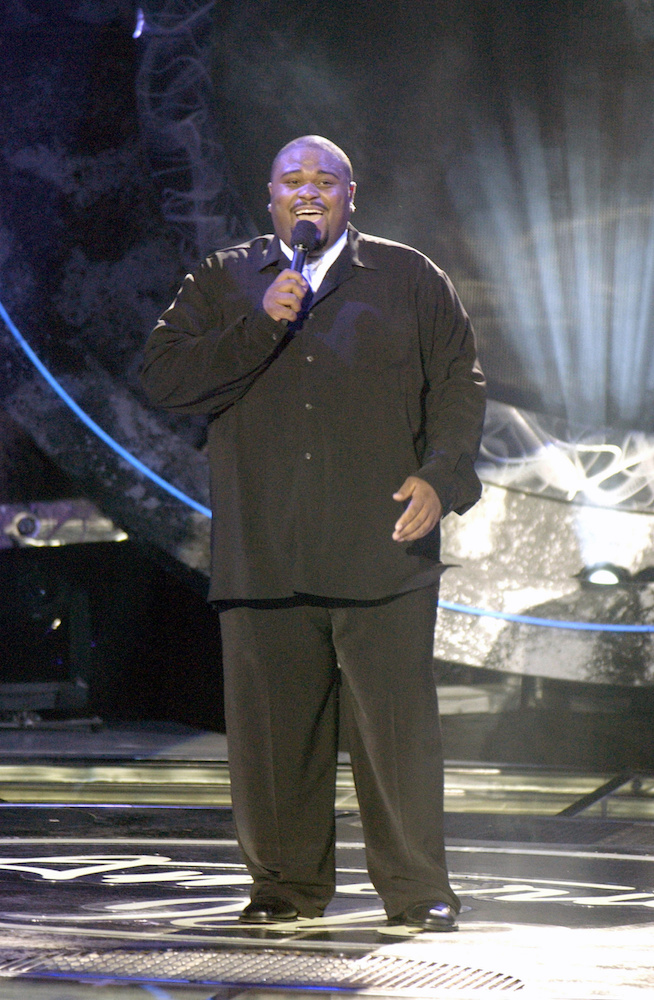 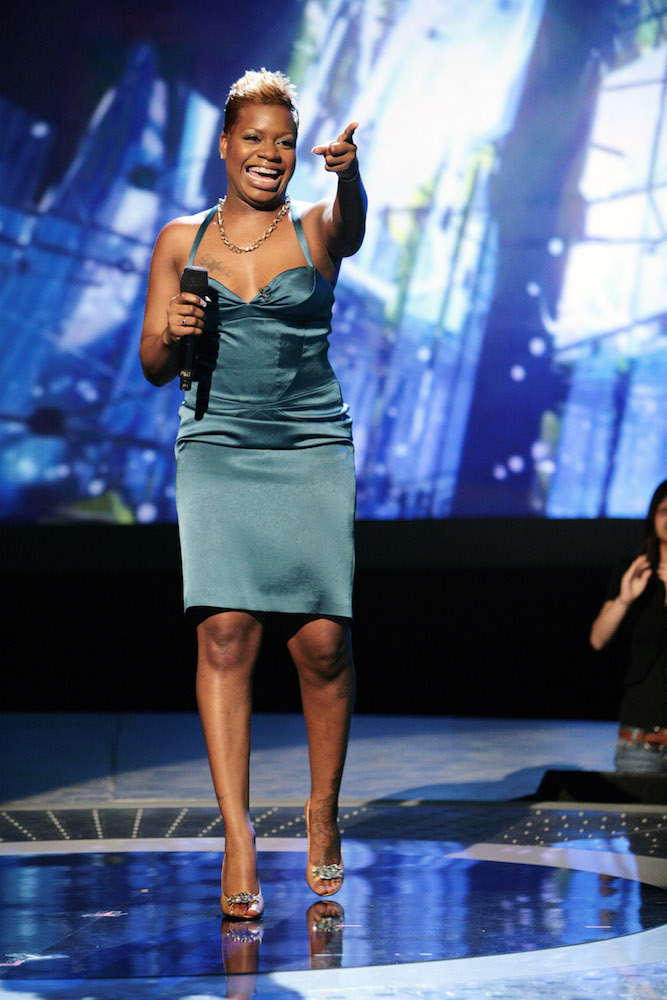 Fantasia received three Grammy nominations for her debut album after winning Season 3 of American Idol. She acquired nine more throughout the years, winning three. She performed on Broadway in “The Color Purple” and starred in “The Fantasia Barrino Story: Life is Not a Fairy Tale.” 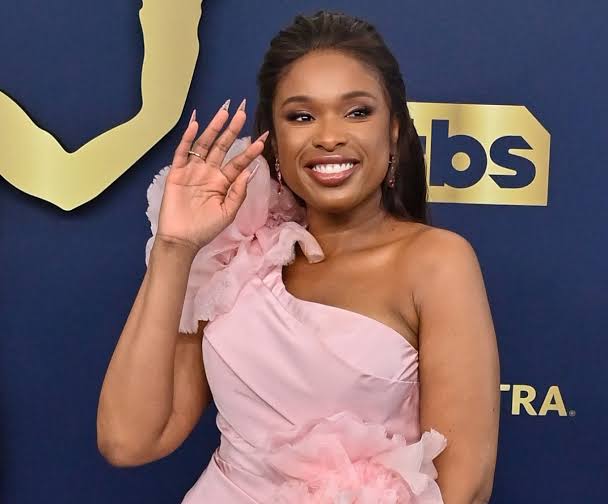 As a competitor on the third season of the singing competition American Idol, Chicago-born actress and R&B singer Jennifer Hudson became well-known. She quickly rose to the position of one of the most prosperous former contestants after the program, releasing the Top Ten albums Jennifer Hudson, I Remember Me, and JHUD, the first of which earned her a Grammy for Best R&B Album. In addition, Hudson had a successful acting career.

She won an Oscar for her portrayal of Effie White in the movie adaptation of the Broadway musical Dreamgirls and went on to star in other films like Winnie Mandela, Chi-Raq, and the Broadway revival of The Color Purple, whose soundtrack won Hudson her second Grammy. 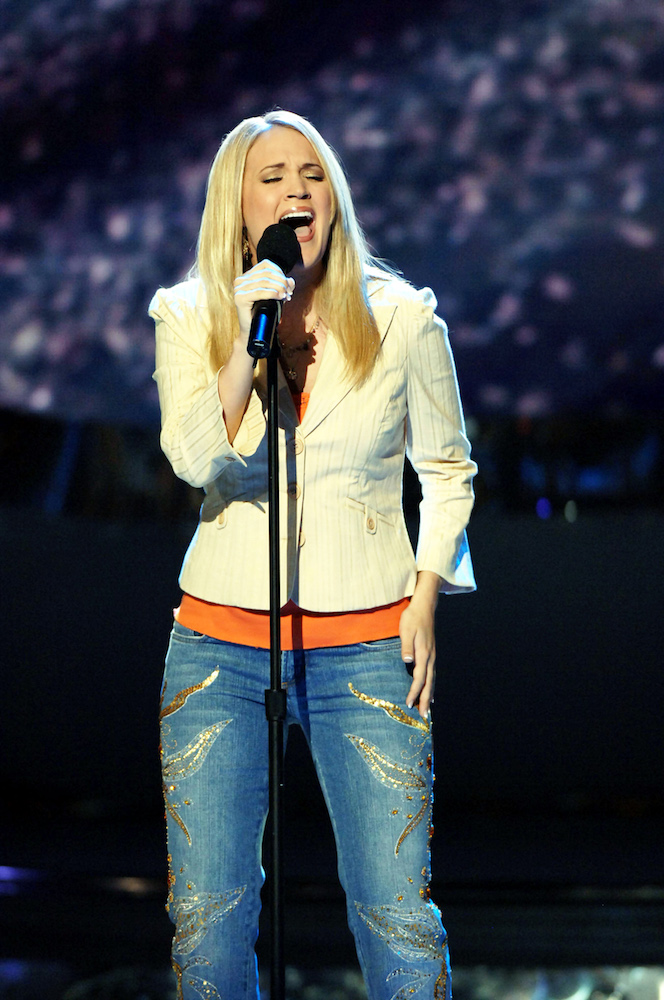 After winning Season 4 of American Idol in 2005, Underwood’s country music career quickly took off. Since then, she has amassed 70 million record sales worldwide and seven Grammys. In addition, she got admitted to the Grand Ole Opry in 2008. 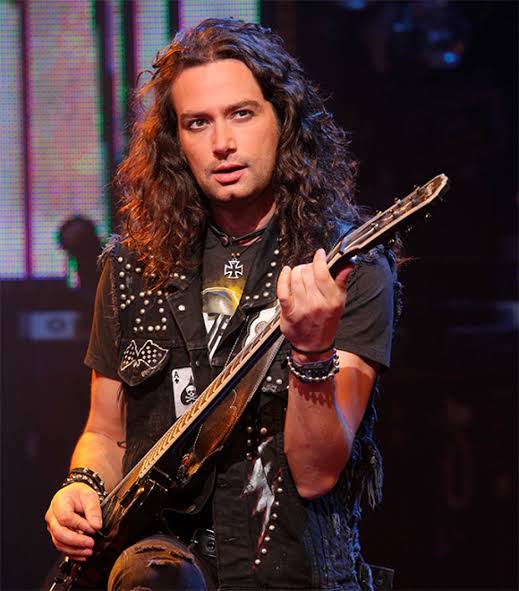 On the fourth season of American Idol in 2005, Constantine rose to fame as a contender and won over fans with his rock star persona and “smouldering” gestures. Even though he was eliminated early in the competition, offers for modeling and acting came soon after.

After performing in other plays (The Wedding Singer, Jacques Brel Is Alive and Well, and Living in Paris), Maroulis released his debut album, Constantine. He also had recurring roles as Constantine Parros on The Bold and the Beautiful. 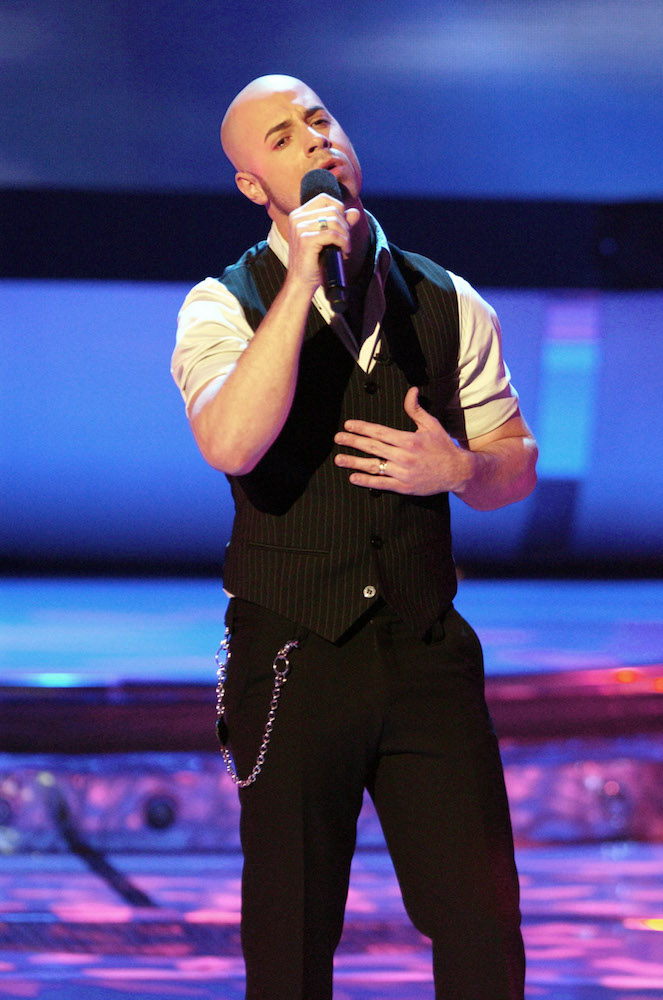 He received three Grammy nominations, and in “The Passion: Live,” he played Judas. Behind Kelly Clarkson and Carrie Underwood in terms of album sales, Chris Daughtry is the third most successful American Idol participant. 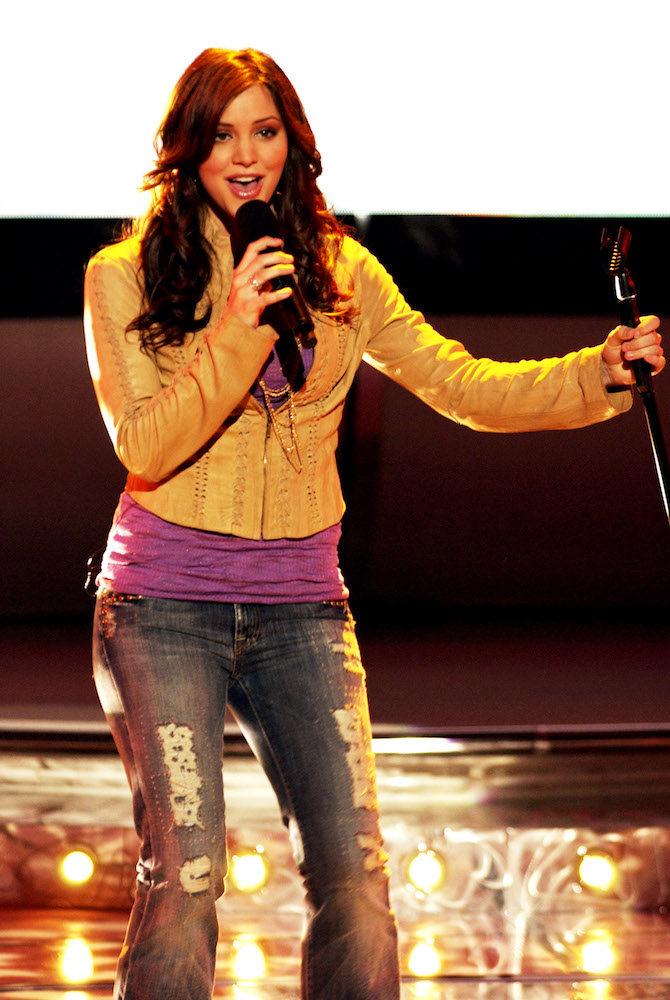 Katharine McPhee, a skilled singer and actress, turned her early success as the fifth-season runner-up of American Idol into a long-lasting career. She not only juggled singing and acting in the 2000s and 2010s while appearing in TV shows like Smash and Scorpion, but she also showed off her vocal range.

Along with frequently working with Idol contributors Randy Jackson, Andrea Bocelli, and David Foster, McPhee’s silky manner fit in just as well on more conventional albums like 2017’s I Fall in Love Too Easily and pop albums like her self-titled 2007 debut and Hysteria. 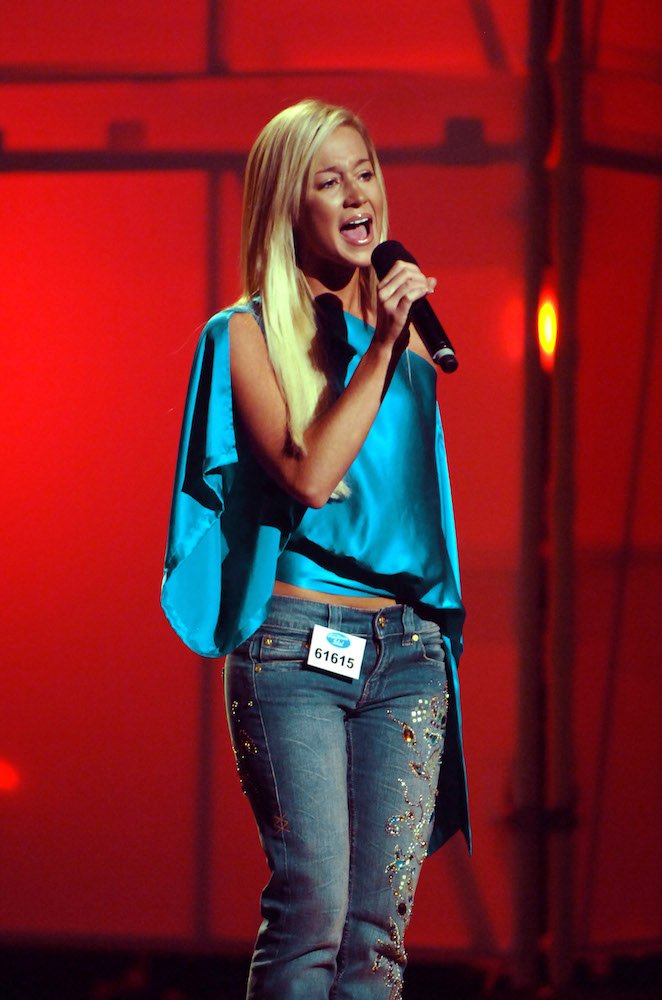 The fifth season of American Idol featured vocalist Kellie Pickler in 2005. Despite coming in sixth place, the former waitress and Miss North Carolina contestant charmed American audiences with her Southern twang and blonde ambition, landing her a recording contract with BNA Records.

This led to the release of her debut album, Small Town Girl, in the fall of 2006 and an eponymous follow-up in 2008, which produced Pickler’s first Top Ten hit, “Best Days of Your Life,” a song she co-wrote with Taylor Swift. In addition, she participated in the TV program Dancing with the Stars in 2013, and she and her partner Derek Hough went on to win the competition. 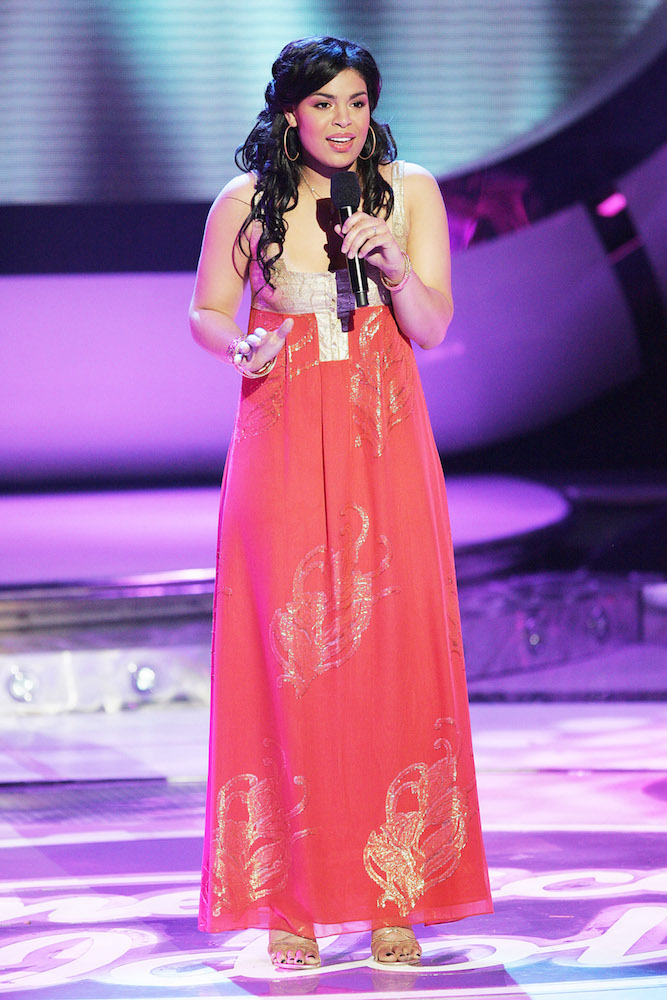 Sparks, who won Season 6 of the American Idol competition in 2007 at 17, became its youngest champion ever. She has won an American Music Award, BET, and NAACP Image Award. Additionally, she received a Grammy nomination for her and Chris Brown’s song “No Air.” 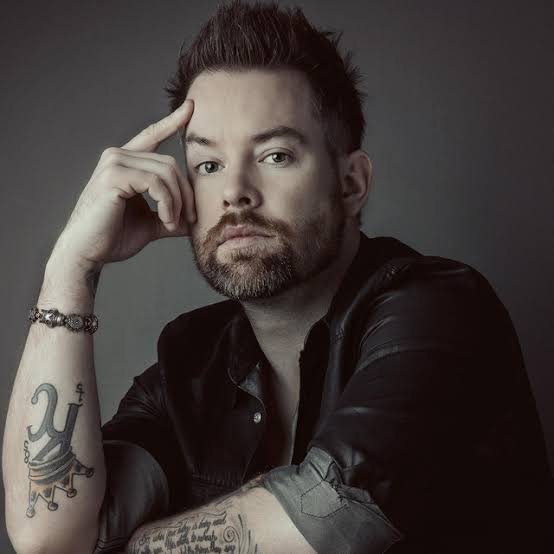 After winning Season 7 of American Idol, Cook’s career took off, with his breakthrough song “The Time of My Life” selling more than 1.4 million copies. Later, in “Kinky Boots,” he made his Broadway debut as Charlie Price. 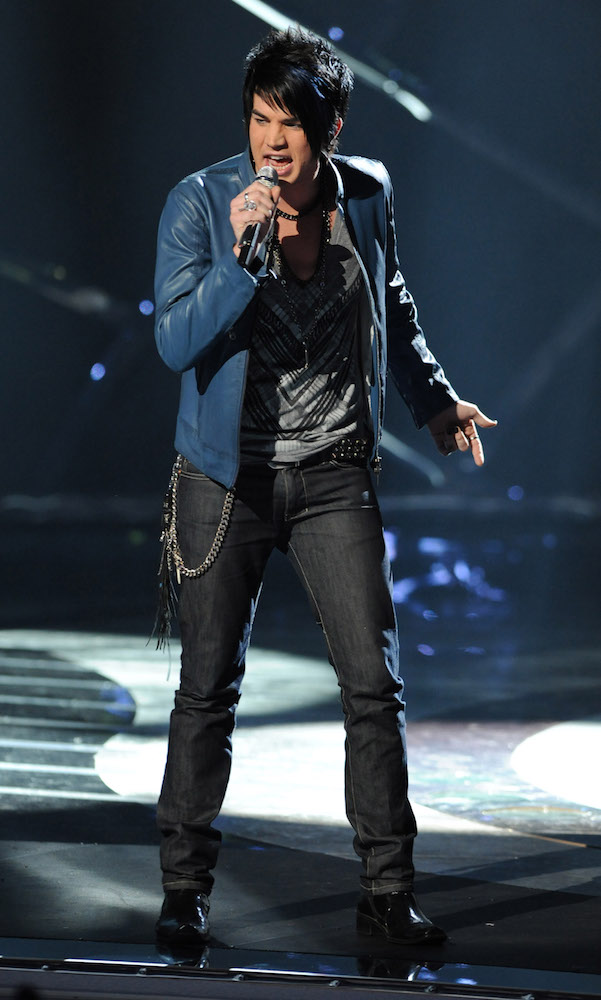 Since finishing second on the eighth season of American Idol in 2009, Lambert has become a star. His solo albums, For Your Entertainment from 2009 and Original High from 2015, peaked at number three on the Billboard 200, and For Your Entertainment gave birth to the Grammy-nominated hit “Whataya Want from Me.” Lambert, a member of the LGBTQ+ community, has won two GLAAD Awards and made history by becoming the first openly gay artist to reach No. 1 on the Billboard 200 chart with his 2012 album Trespassing. 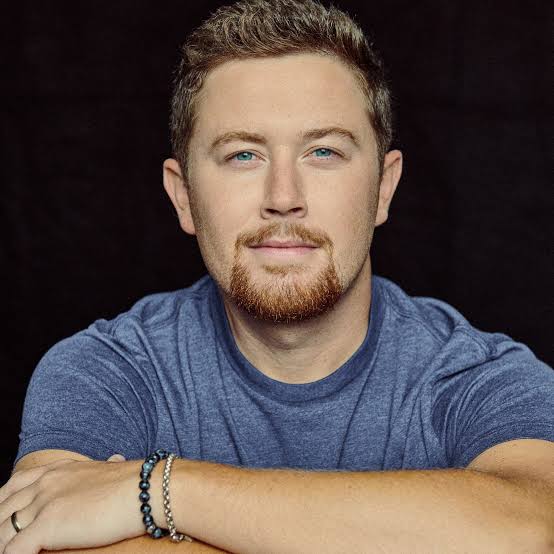 Country crooner Scotty McCreery had an excellent career throughout the 2010s after taking home the title of tenth season winner of American Idol at the age of 16. The North Carolinian emulated fellow Idol winners Carrie Underwood and Kelly Clarkson by starting his career with his chart-topping 2011 debut, “Clear as Day,” and became one of the more consistently successful musicians to come out of the competition.

Through the 2010s, as his contract with Mercury Nashville ended, McCreery remained in the Billboard Top Ten for Country. He amassed a remarkable string of four number-one Country Airplay hits after switching to Triple Tigers for 2018’s “Seasons Change.” In addition, he has received an ACM Award, four BMI Country Awards, and a CMT Music Award. In 2021, McCreery ventured into new entertainment genres by writing and executive producing the Hallmark movie “Five More Minutes.” 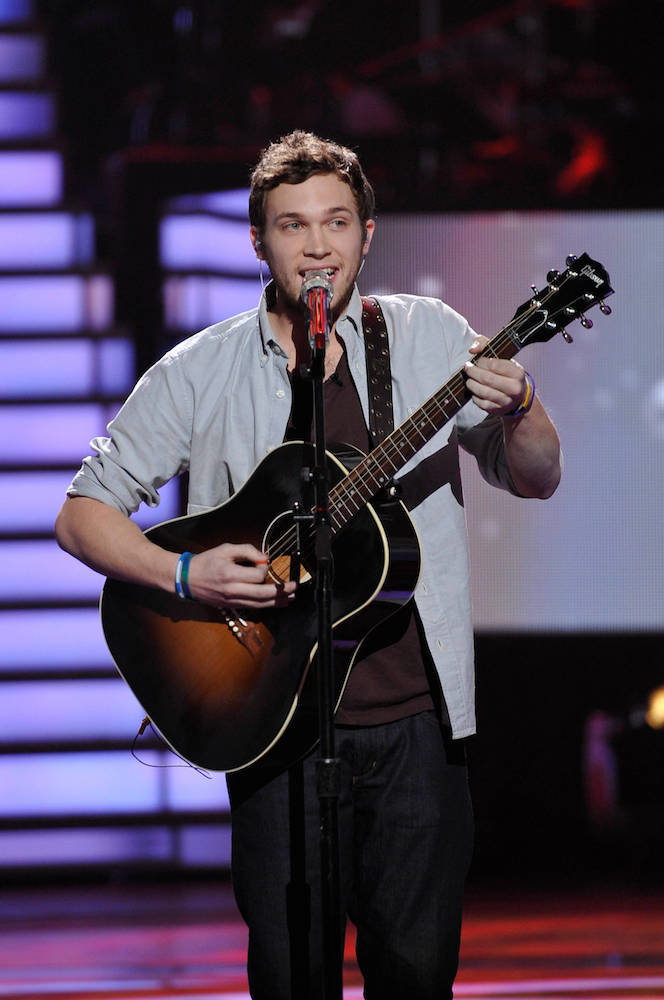 Phillip Phillips, the winner of Fox’s 11th season of American Idol, is a soulful vocalist with a raspy sound and a penchant for fusing jam-oriented rock with acoustic singer/songwriter material. His debut album, The World from the Side of the Moon, peaked at number four on the Billboard 200 and produced the smash songs “Home” and “Gone, Gone, Gone.”

With more than 600 million Spotify streams, Phillips’ Idol coronation song, “Home,” became the most commercially successful “Idol” song ever. Gavin DeGraw, the Goo Goo Dolls, John Mayer, and even Bruce Springsteen have performed on tour with Phillips. With 2014’s “Behind the Light,” he again entered the Top Ten.