The effect of the period of birth or one’s age and corresponding behaviours was not a thing until recently. In previous years, few people believed the period of one’s birth or age essentially defines one’s disposition toward social values, religious beliefs, and social relationships. In times past, what reigned was the study of stars, otherwise known as astrology, to determine the fortunes of a given individual in every aspect of their lives. The astrology phenomenon is present even in traditional religions.

However, this age has seen people desire a more consistent predictor of fortunes or maybe an excuse for certain behaviours and drives for societal change. It is why people are now, more than ever, increasingly researching the generations they fall into and what that could mean for them or their parents. People are not just interested in knowing where they fall in; they also want to know where others fall in to predict their dispositions towards many societal and occupational phenomena accurately.

What Is One’s Generation? How Is It Decided? What Generations Are There?

A Generation refers to a group of years representing a period when one is born. In more simple terms, one’s birth year determines one’s Generation. The name a generation carries is determined based on the projection of when the members of that generation will become adults (18-21). Given that the study of generations only became popular a little over hundred years ago, people are broadly categorized into eight main generations:

Although there is a Post War generation in the list above, the generations are divided in half by the proximity to the world war. While the first experienced the carnage of the war, the other half has mostly lived a life without significant wars. Their proximity to the war era has also largely defined their worldview and course of action in resolving issues.

And there are several reasons why that could be.

Generation Z’ers, born between 1997 and 2012 are generally younger and more progressive, while Millennials were born between 1981 and 1996. In 2022 the oldest Millennials are turning 41, which means they are now entering into adult life, while Gen Z’ers, at 26, are only just starting their lives. Therefore, there is bound to be a world of difference in their world views.

Generation Z’ers are people born generally between 1997 and 2012. They are often characterized by great energy and supreme creativity based on their untamed curiosity. Millennials on the other hand, born between 1981 and 1996, are people who came through at the onset of the internet age. They have just as much energy as the Gen Z but also a superior endurance and ability to manage situations. Gen Z cannot endure anything for their life of them, and it’s one reason for the back and forth on the internet. While the millennials believe respect and endurance are essential life skills, Gen Z’s believe those two are repressive tools used by Boomers and Post War generations to oppress and suppress the millennials. The gen Zs have now decided that the transfer of repressive tendencies in the name of social values will end with the millennials.

If you were wondering what a typical Gen Z’er sounds like on a day when they have a statement to make, check out this video below:

Buhari has and is still a whaaaaaaaat? A bad boy…
She spoke in prophecy and days later it manifested at the #lekkimassacre pic.twitter.com/zhQiJG817C

Gen Z is that generation that takes nothing lying down, and they won’t go down without a fight. They also do not see the need to use filters when you have an essential message to pass across. So they go all in, drop their opinions and walk away.

In resolving issues, millennials would choose peace which means silence most times, over confrontation; but for Gen Z’ers? Peace is never an option. Though not literally, Gen Z’ers would rather face an issue outrightly and get it solved for people other people to enjoy than endure.

However, the problem here is that, like the usual lazy lastborn, Gen Z’ers are only as strong as their tongues. When it comes to physical strength, they disappear. More importantly, especially for Africans, Gen Z’ers cannot cook for their lives of them. And that’s why they consistently run into problems with African mothers who tell them they press their phones too much while they should be learning to cook.

As far as the internet heavyweight championship goes, Gen Z’s have never lost a fight on Twitter. 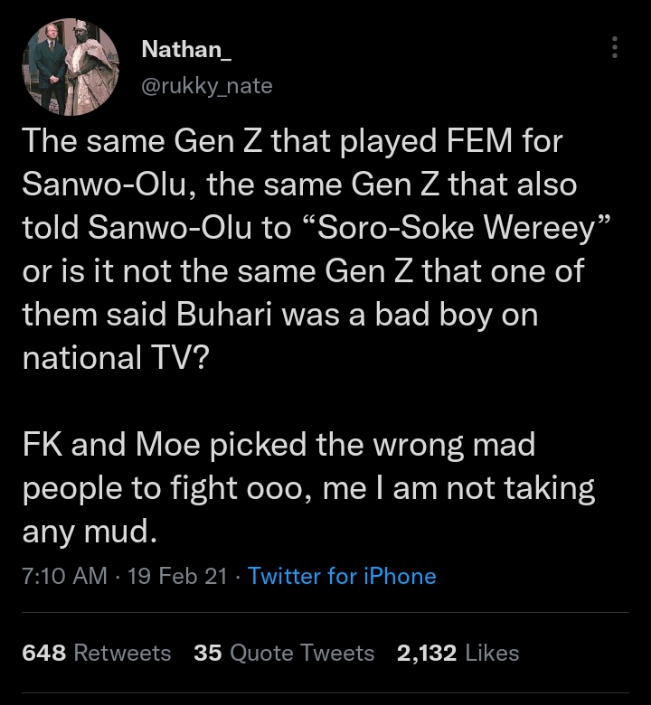 While Millennials are more concerned with maintaining the status quo, being creative within acceptable limits, and generally playing by the rules, Gen Z’s are more concerned about breaking through, finding the new, and rewriting the old. Gen Z is more entrepreneurial, wants more independent work environments, and would instead create their startups than spend years neutering a dream of being part of iconic companies or corporations. This is why you see your teen brother trying to develop his own game after a couple of years of playing an existing one. Is also a lot of startups and businesses, largely successful, are springing up in every corner of the world.

While millennials grew up experimenting with first versions of tech gadgets and were generally satisfied with the progress made in their age, Gen Z’ers met improved versions of those things, and can therefore not relate to past struggles, giving rise to their higher expectations.

According to research, Millennials tend to focus more at work, while Gen Z’ers love to be at different places simultaneously, hence their little focus at work. The lack of focus on a thing for long might also have to do with the fast pace of information in this age, the preference for speed over process, and the availability of the means to move around while remaining in a position. Therefore, while Gen Z’ers are generally more creative and entrepreneurial, their below excellent work ethic makes Millennials the favourites of employers. That however doesn’t mean you can do without Gen Z’ers in a workplace. On the contrary, their energy is contagious, and they are generally fun to be with and mostly inspiring. 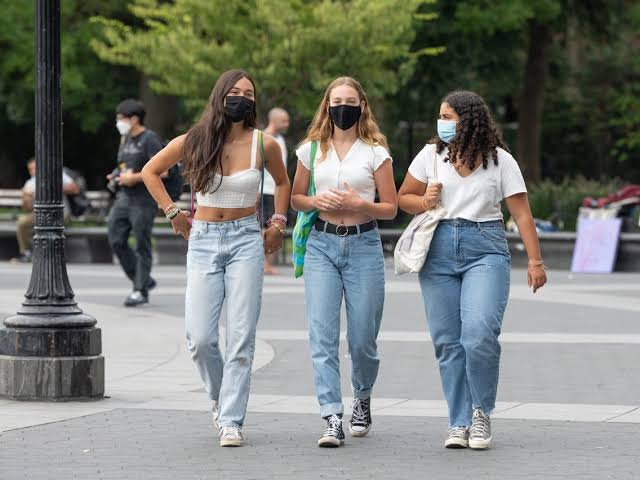 Fashion has different meanings for both generations. Gen Z and millennials are different in their shopping habits, interaction with brands, and view of money. While Millennials would generally favour fashion items like Skinny Jeans, throwback shirts, concert tops, and others they consider would make them look sexy, the fashion language of Gen Z’ers is freedom. Gen Z’ers will wear what gives them freedom, and it doesn’t matter what society thinks about it. From wearing ashewo shorts to public places, baggy cargos, crop tops, wearing sneakers on suits, to women going on low cuts and occasionally unbothered about wearing wigs, Gen Z’ers primarily put their freedom first in making their fashion choices. While a millennial would choose a fitted Tee, a typical Gen Z’er would go with an oversize tee.

Away from Fashion, there is also a great deal of difference between the generations regarding religious affinities and what they consider a great meal. While you might find a millennial in an Orthodox religious setting, it would take a lot of research to find Gen Z’ers in an Orthodox church. The new generation churches are for Gen Z’ers. Churches, where they can raise only hands, sing biblical lyrics to the club hit songs, dance and cry the next minute in worship, are places you’re more likely to find Gen Z’ers. They are also swift to call out men of God; these ones will touch the Lord’s anointed at any given chance.

One could go on and on about the differences in movies, music taste, means of communication, how they define spaces, how they express love and all those. There are differences in everything between these generations, more than we can explore in a post. So we invite you to take this quiz to find out where you or the people around you belong and what might be an explanation for how they reason and act.

Best 12 Birthday Songs Of All Time

Best 12 Birthday Songs Of All Time 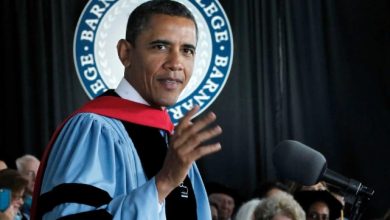 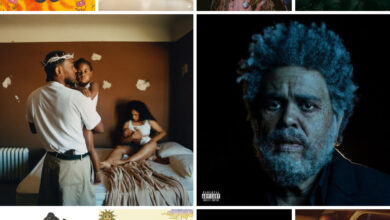 Pansexuality: What Does Being Pansexual Mean?