For the general elections in 2023, the Independent National Electoral Commission (INEC) approved the presidential candidates of 18 political parties last year. With this, 18 candidates are vying for the top spot in the nation right now, and in February, voters will have to pick and choose who they pitch their tents with. But out of this 18 approved candidates, there are some amongst them with larger numbers supporting and cheering them on and that is what we are here to discuss.

Based on their portfolio, influence, and the crowd of supporters they pull on and mostly offline, we’ll be presenting to you, as well as discussing, the top 5 candidates in the run for the top position of the nation’s next president come February 25th. So, buckle up and sit tight as we take off. We’ll begin from the fifth to the first person on the list, together with their chosen and approved running mates. 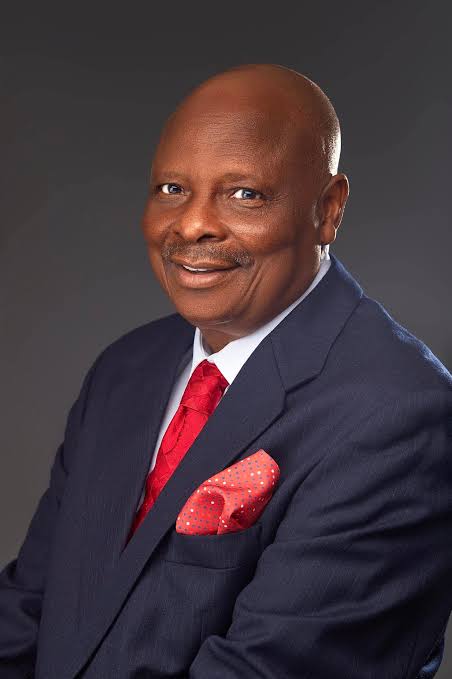 Nigerian politician Rabi’u Musa Kwankwaso, born on October 21, 1956, served as governor of Kano state from 1999 to 2003 and again from 2011 to 2015. Under the government of former president Olusegun Obasanjo, he served as the Fourth Republic’s first Minister of Defence from 2003 to 2007 after losing his bid for reelection in that year. Later, in 2015, he was elected to the Senate, where he represented Kano Central Senatorial District for one term while running on the platform of the All Progressives Congress (APC). He presently serves as the New Nigeria Peoples Party’s national leader. In 2015, Kwankwaso ran for the opposition All Progressive Congress’ presidential candidacy but was defeated by Muhammad Buhari. He rejoined the People’s Democratic Party (PDP) in 2018 and ran in the presidential primaries, but Atiku Abubakar prevailed. The New Nigeria Peoples Party (NNPP) has officially announced Rabiu Musa Kwankwaso as their presidential candidate for the 2023 general elections. 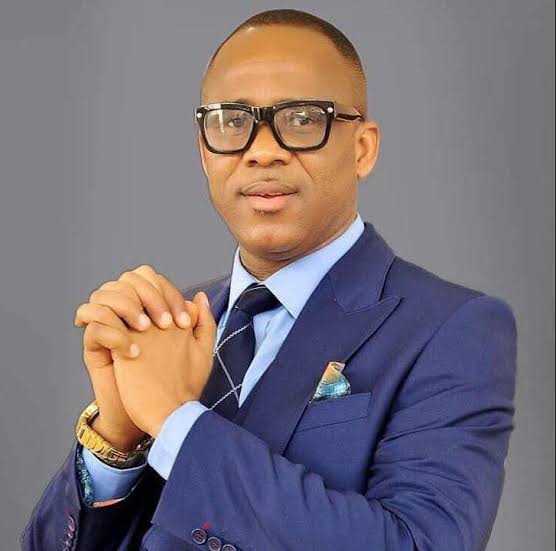 God First Ministries Inc., also known as Illumination Assembly, Lagos, is led by Bishop Isaac Idahosa, who also serves as senior pastor. a church that he founded in Minna, Niger State, more than 32 years ago. Over three billion naira is reportedly the estimated value of his ministry. In their thirty years of marriage, Idahosa and Christie have been blessed with two beautiful children: Christabel and Osagie.

Bishop Isaac Idahosa, a writer, motivational speaker, and gospel musician with three albums to his credit, is known by his fans as “Prophet Talk Na Do,” and he was honored by the Lagos State Government for being one of the few Mayors of the Lagos State Traffic Management (LASTMA). His significant contributions to the development of humanity and peaceful coexistence via evangelism and Pentecostalism have earned him the title of United Nations Peace Ambassador. 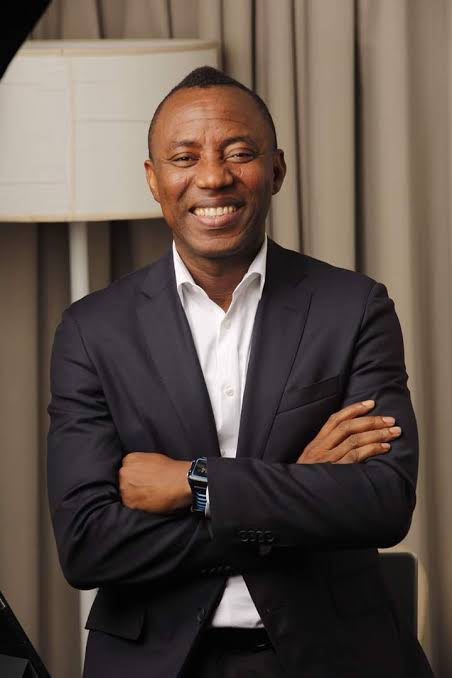 Omoyele “Yele” Sowore, a Nigerian human rights advocate and pro-democracy campaigner, was born on February 16, 1971. He is best known for founding the online news organization Sahara Reporters. He established the African Action Congress party in August 2018 and stood as its presidential candidate in the 2019 Nigerian general election. In the general election in Nigeria scheduled for 2023, Sowore is also a candidate for president. Sowore called for a rally called “RevolutionNow” on August 3, 2019, and the Nigerian State Security Service (SSS) detained him for alleged treason. On January 1, 2021, he was detained once more and assaulted while participating in a demonstration in Abuja. On May 31, 2021, Sowore was hurt by a policeman while taking part in a protest in Abuja. 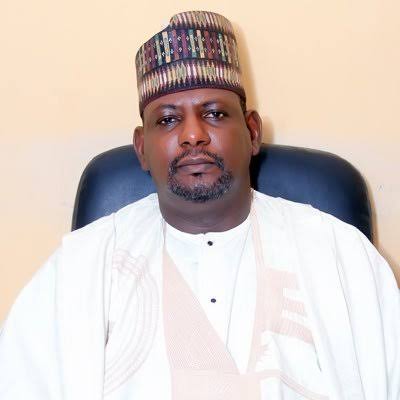 Magashi was raised in Kano after being born in Ibadan, Oyo State. In the states of Kano and Jigawa, he completed his elementary and secondary school. In 2005, he received his LL.B. from the University of Maiduguri in Borno State and his BL from the Nigerian Law School in Lagos. In 2016, he earned a master’s degree from Bayero University Kano. As a Principal Partner, he is currently running his own firm, Hujjah Chambers. In 2003, he began to engage in some political activity. 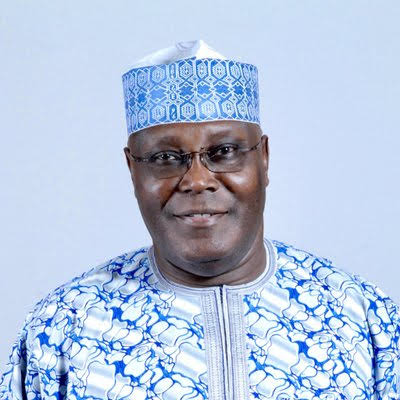 Atiku Abubakar GCON, a politician and businessman from Nigeria, was born on November 25, 1946. He was Olusegun Obasanjo’s vice president of Nigeria from 1999 to 2007. In 1990, 1996, and later in 1998, he ran for governor of Adamawa State and won. He then served as Olusegun Obasanjo’s running mate in the 1999 presidential election and was re-elected in 2003. Five times, in 1993, 2007, 2011, 2015, and 2019, Atiku Abubakar ran unsuccessfully for the position of Nigerian President. He was selected as the Peoples Democratic Party’s presidential nominee for the general election of 2023 in May 2022 after defeating Nyesom Wike, the incumbent governor of Rivers State. 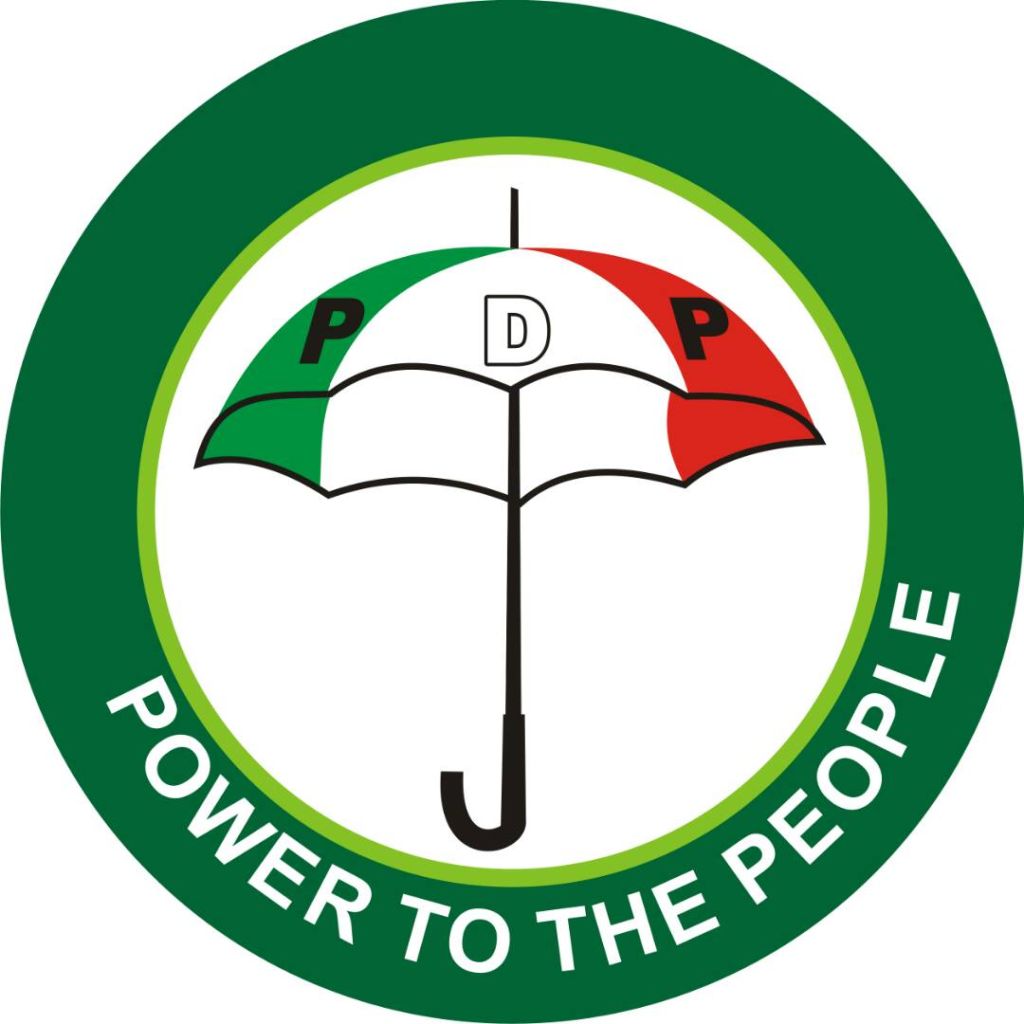 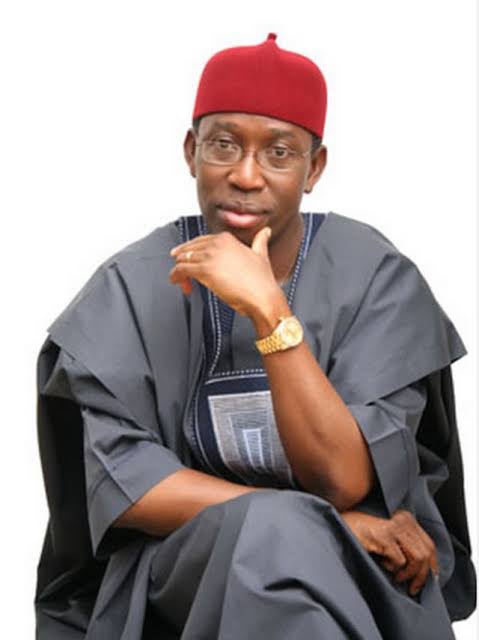 Ifeanyichukwu Born on July 8, 1959, in Nigeria, Dr. Arthur Okowa CON has been the governor of Delta State since May 2015. He is a member of the Peoples Democratic Party and will run as Atiku Abubakar’s running mate in the 2023 presidential election. Okowa graduated from the University of Ibadan in 1981 and was born in Owa-Alero in 1959. He spent some time practicing medicine after finishing his education before going into politics. Okowa gained experience in local politics before joining Governor James Ibori’s state government in 1999. 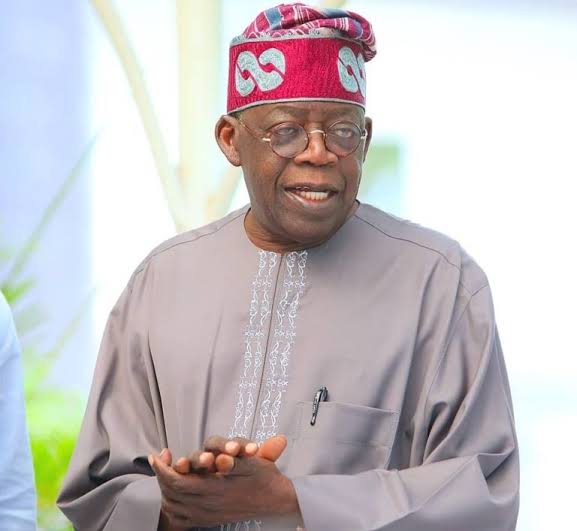 Born in Nigeria on March 29, 1952, Bola Ahmed Adekunle Tinubu is a politician and accountant who held the offices of senator for Lagos West during the Third Republic’s brief existence as well as governor of Lagos State from 1999 to 2007. He received the All Progressives Congress’s endorsement in June 2022 to run for president of Nigeria in 2023.

Tinubu, a member of the Alliance for Democracy, defeated Dapo Sarumi of the Peoples Democratic Party and Nosirudeen Kekere-Ekun of the All People’s Party by a significant margin in the first post-transition Lagos State governor’s election. He defeated the PDP’s Funsho Williams in a closer race for re-election four years later, earning a second term. He played a significant part in the creation of the All Progressives Congress in 2013 after leaving office in 2007. 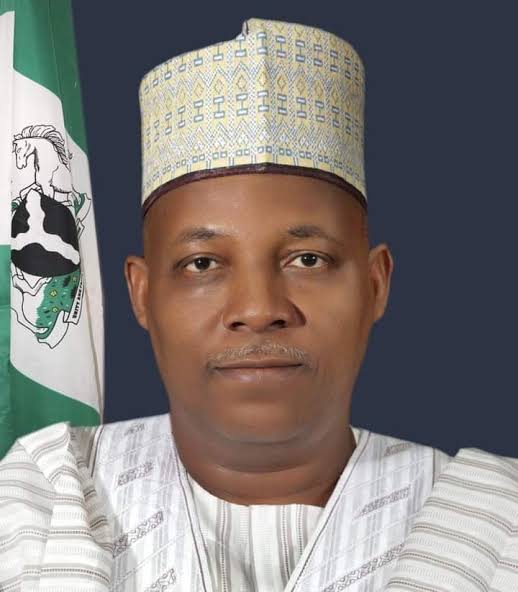 Born in Nigeria on September 2, 1966, Kashim Shettima Mustapha is a politician and banker who has held the position of senator for Borno Central since 2019. From 2011 to 2019, he presided as the governor of Borno State. He is a member of the All Progressives Congress and will run as Bola Tinubu’s running mate in the 2023 presidential election. Following his education, he entered the banking industry and eventually rose to hold a number of senior executive roles at banks.

After serving in the cabinet for four years, he was elected governor in 2011 and re-elected with a larger margin in 2015. The deadly Boko Haram insurgency dominated his term in office. Later, Shettima won a senatorial election. He was renominated for the Senate in 2023, however he declined the candidacy to support Tinubu. He was succeeded as the Senate nominee by Kaka-Shehu Lawan. 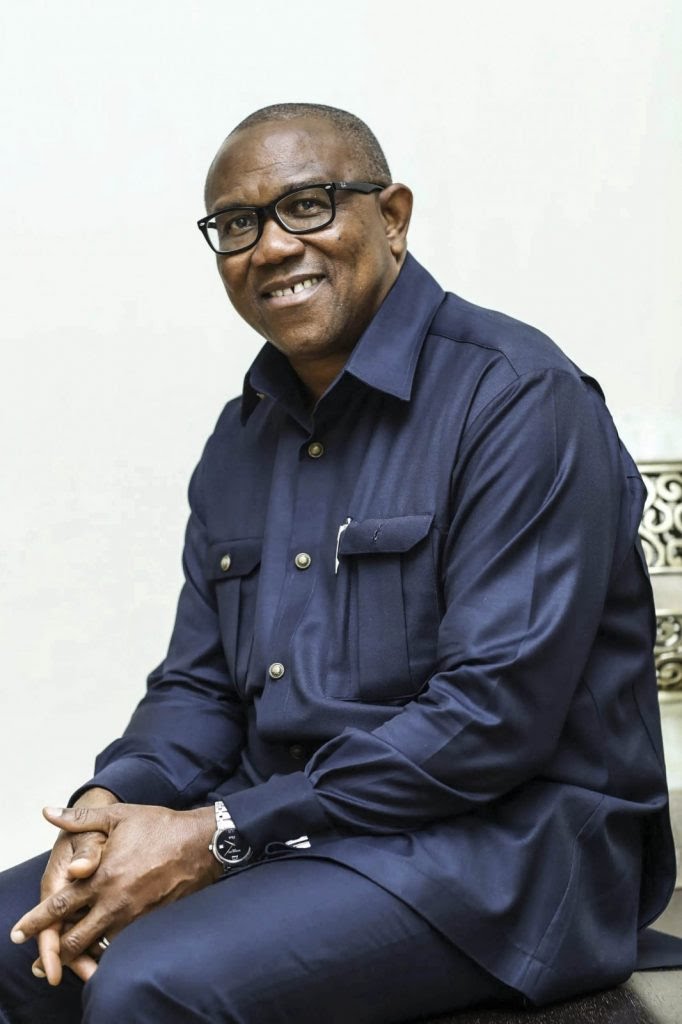 Nigerian politician and businessman Peter Gregory Obi CON, born on July 19, 1961, was governor of Anambra from March to November 2006, February to May 2007, and June 2007 to March 2014. After leaving the People’s Democratic Party in May 2022, he was nominated by the Labour Party to be Nigeria’s president in the 2023 election. Obi received his degree from the University of Nigeria in 1984 and was born in Onitsha in 1961. After that, he started working in the financial industry and eventually held many executive positions there.

The All Progressives Grand Alliance candidate Obi fought against in the 2003 governor’s race was wrongfully declared the winner. Obi was pronounced the victor in 2006 after three years of legal disputes, and he took office in March 2006. He was removed from office in February 2007 after his impeachment was reversed in November of the same year.

Obi was ousted following the 2007 Anambra State governorship election, but the judiciary once more stepped in and decided that he should be let to serve out his entire four-year term. He was re-elected to a second term in 2010. Obi campaigned for president in 2022, first in the PDP before defecting to the LP in May 2022 to secure its candidacy. Obi’s presidential campaign has been labeled as populist, and it has received widespread support from young Nigerians dubbed “Obidients.” 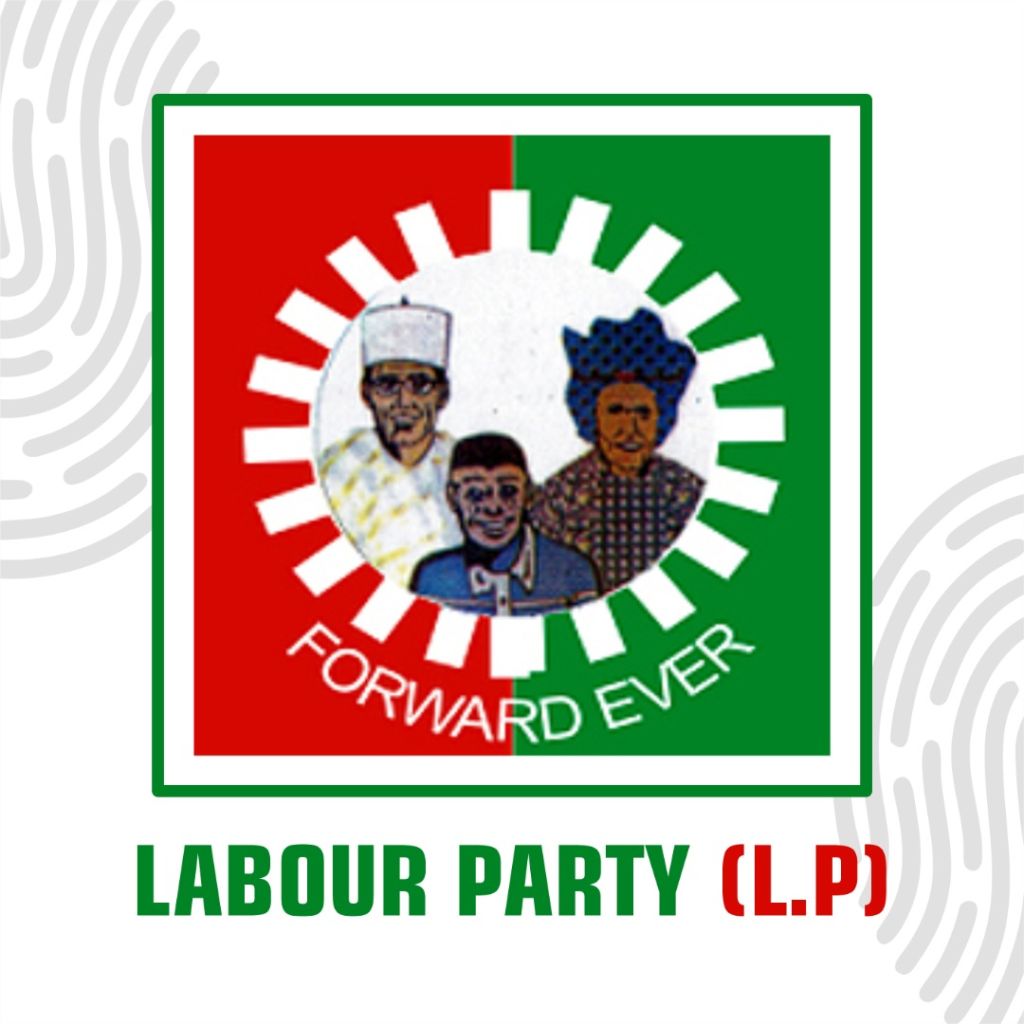 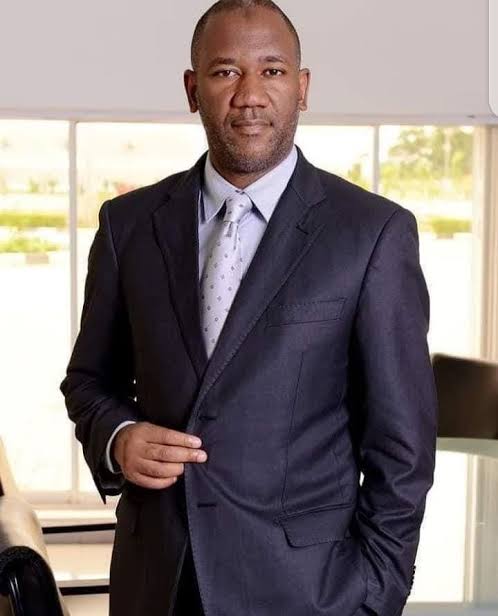 Nigerian economist and politician Yusuf Datti Baba-Ahmed, who was born on July 7, 1969, formerly served as Kaduna North’s senator from 2011 to 2012 and as a representative in the house from 2003 to 2007. In 2003, Baba-Ahmed was chosen to represent Zaria in the House of Representatives. While serving in that capacity, he earned a reputation for publicly criticizing corruption and the Third Term Agenda. Baba-Ahmed maintained his support for good governance after leaving office in 2007 and founded Baze University in addition to going back to his Baze business organization.

By 2011, he returned to politics and won the election for Kaduna North senator; however, the electoral tribunal invalidated his victory, and he resigned from office in 2012. Baba-Ahmed joined the Labour Party in 2022 to serve as Peter Obi’s running mate after a fruitless bid for the presidency in the PDP primaries in 2019.

Tags
Atiku Abubakar Bola Tinubu Featured Haruna Magashi Ifeanyi Arthur Okowa Isaac Idahosa Kashim Shettima Omoyele Sowore Peter Obi Rabiu Musa Kwankwaso Yusuf Datti Baba-Ahmed
Ikedichim Chibundu Follow on Twitter January 25, 2023Last Updated: January 26, 2023
Check Also
Close
Back to top button
Close
We use cookies on our website to give you the most relevant experience by remembering your preferences and repeat visits. By clicking “Accept”, you consent to the use of ALL the cookies. In case of sale of your personal information, you may opt out by using the link .
Cookie settingsACCEPT
Manage consent