The Yoruba film industry has weathered numerous actor generations and has continued to be a vital part of the nation’s entertainment scene. This accomplishment cannot be separated from the work of the practitioners, who have maintained the pace in the face of several obstacles. As a result, we’ll be recognizing the top 10 actors and actresses in the business in no particular order. Odunlade Adekola’s acting career began when he was a small child in his hometown of Abeokuta, Ogun State, where he was born and raised. To play the jester at events and ceremonies, he and his friend Tunde often requested to do so. This experience gave him the right background for what would later become his career. He soon met the late actor Isola Durojaiye, known as Alasari, from Abeokuta, who helped him polish his skills and provided him with the necessary exposure.

In less than two years since starting his professional career in 2005, Adekola has acted alongside the most prominent names and developed into a well-known figure. His first significant break came with the film “Asiri Gomina,” and “Sunday Dagboru” helped him win over more admirers. Adekola has performed in more than a hundred films as an actor and has also produced a few. 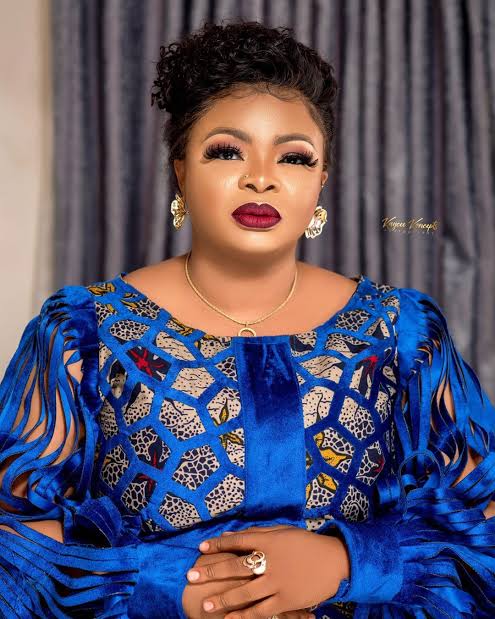 Dayo Amusa, a businesswoman, actor, and movie producer is the family’s firstborn. She was born and raised in Surulere, Lagos, where her father, Kolawole Amusa, is an engineer. She started her career in Nollywood in 2002 and has since managed to establish herself as a well-known figure, win a few accolades, and even produce roughly eight films through her Amzadol Productions company, including “Dewunmi Iberu” and “Ajegbodo.” Desmond Elliot was the director of her most recent film, “Unforgivable,” which also starred Mike Ezuoronye. She claimed this was done to help bridge the gap between Yoruba and English actors. As the sole Yoruba actress to get the honor, Funke Akindele’s 2009 film “Jenifa” earned her the AMAA Best Actress in a Leading Role Award. She also has the strongest recommendation, which is another reason she frequently receives mentions as having the highest net worth among her peers. However, none of these things happened overnight for the actress from Lagos State.

Akindele debuted in a significant role as Bisi in the United Nations-sponsored television series “I Need to Know,” costarring Caroline King and other well-known performers. After graduating from the University of Lagos with a law degree, she returned to the movies. She operates her own movie production company, Scene One Productions, and has appeared in over 100 films. She rose to prominence after appearing in the Wemimo Film-produced film “Ara” and has since been in well over 70 more films, as well as producing several of them. She won the Best Yoruba Actress award in 2009 from the City People Awards and the Afro Hollywood Award UK. In 2012, she accomplished the same feat. She and Larry Gentry have two children together. In the eyes of film enthusiasts, Olaniyi Afonja—also known as Sanyeri—brought a breath of fresh air to the comedy genre with his film “Muniru ati Ambali.” When his parents objected to his choice of career, he was unfazed. He began acting in 1992 with a theater group with which he performed in various towns, further endearing him to the field. He moved to Lagos in 1996 and became a member of the Ajala Jalingo theater troupe. Many people weren’t surprised by Femi Adebayo’s success in the film industry, given his friendship with seasoned actor Adebayo Salami (Oga Bello) and the achievements of some of his siblings who work in the industry. Adebayo, who became known as Jelili after the success of his 2011 comedy, “Jelili,” landed his first significant role in Tade Ogidan’s 1996 film, “Owo Blow.” He took a sabbatical soon after to finish his studies, and ten years after his return, he started to appear in movies. Since then, he has appeared in nearly 100 films, received numerous honors, and directed more than ten films. Even the ugly divorce Fathia Balogun had with her husband Saidi Balogun in 2006 couldn’t stop her from advancing in her line of work. Despite being a native of Delta State, the 45-year-old actress remains one of the most prominent figures in the Yoruba industry. Her performance in the Super Story, a Wale Adenuga Productions production, earned her praise from TV fans and strengthened her reputation as a cross-genre performer. Since then, she has appeared in more than 70 films, including “Yemoja,” “Ito Funfun,” and “Jawonbe,” and she has won numerous awards. After working with Olaniyi Afonja and Muyiwa Ademola, Alhaji Wale Akorede rose to fame in the Yoruba film business. The actor, known as Okunnu for his part in one of the movies he appeared in, has been in over 100 films. He gained the affection of many movie fans, who adore his comedic performances in films, thanks to his ability to make the audience laugh. Iyabo was introduced to the business by Bimbo Akintola in 1997, and in 1998, she acted in the film “Satanic” directed by Keppy Ekpeyong. After her brief appearance, she disappeared from the scene due to marriage and motherhood. When she reappeared in 2001, she did so with the Yoruba industry as her base of operations. She became a member of the Odunfa caucus, whose coordinators were Yinka Quadri, Taiwo Hassan, and Abbey Lanre. A few months later, she was cast in Quadri’s 2002 film “Baba Dariji,” and she soon began directing and producing her films. Her films include “Bolutife,” “Esan,” and “Arinzo.” Since Muyiwa Ademola’s father is a clergyman, he had to work extra hard to persuade his parents that he should pursue acting. The actor from Oyo State has since established himself as a dependable performer and is now regarded as one of the best. In addition, he has dabbled in producing and helmed hit films, including “Ori” in 2004 and “Igi Owo” and “Ise Imole” in 2009, among others.

Tags
Dayo Amusa Fathia Balogun Femi Adebayo Funke Akindele Iyabo Ojo Mercy Aigbe Muyiwa Ademola Odunlade Adekola Olaniyi Afonja Wale Akorede Okunnu
Ikedichim Chibundu Follow on Twitter January 20, 2023Last Updated: January 20, 2023
Back to top button
Close
We use cookies on our website to give you the most relevant experience by remembering your preferences and repeat visits. By clicking “Accept”, you consent to the use of ALL the cookies. In case of sale of your personal information, you may opt out by using the link .
Cookie settingsACCEPT
Manage consent