The term “electronic music” refers to more than just the conventional, pounding “noise.” Acid house, which is often thought of as energetic rave music, acid house, which focuses on making mellow, down-tempo beats, and techno, which embraces more experimental, high-octane electrified sounds. Despite the impression that electronic dance music (EDM) has become more popular recently, it has been around since the 1980s.

Electronic music artists have been making their impact in the media by dishing out platinum-certified bangers for the past few decades, stealing the show with this approach. These musicians are the subject of this discussion, in which we’ll list the best 10 EDM acts of 2022 in no particular order. Buckle up, we’re taking off! Martin Garrix spins a catchy brew of progressive house, electro, and future bass as a member of the explosion of Dutch electronic music producers that arose in the early 2010s. His multi-platinum international hit “Animals” from his first album, Gold Skies, helped him break through in 2013. He later had EPs like 2016’s Seven and 2018’s Bylaw reach the Billboard dance charts. Garrix, who topped DJ ranking lists in the late 2010s, has remained a top choice for club music around the world. His crossover singles with Bebe Rexha, Dua Lipa, David Guetta and Khalid, have helped him rise to the top of the charts. At the beginning of the twenty-first century, a glittering wave of DJs who mixed Daft Punk’s slick house music with a dash of electroclash punch surged to prominence. His house anthems, which frequently feature well-known figures from the pop and rap worlds, such as frequent collaborators Nicki Minaj, Sam Martin, Sia, Morten, Chris Willis, Rihanna, Kelly Rowland, and Afrojack, became staples on the dance charts into the 2010s after achieving international crossover success with the chart-topping songs One Love and Nothing But the Beat during the late 2000s EDM boom. Guetta also took home two Grammys in 2011 together with the other two performers. Since 2000, Grammy-winning Dutch DJ and producer Tisto has been at the forefront of electronic dance music. With his legendary extended live sets, prolific output, and pop-oriented crossover appeal, Tisto has scored numerous hit singles in the 2010s, including “Red Lights,” “Feel It in My Bones” with Tegan & Sara, “Wasted” with Matthew Koma, and “Jackie Chan” with Dzeko, Preme, and Post Malone. Tisto has consistently ranked in the top ten in DJ Mag’s Top 100 Ranking. He has also received numerous honors throughout his career, including a Grammy in 2015 for his remix of John Legend’s “All of Me” and a royal appointment as an Officer of the Order of Orange-Nassau, one of the highest distinctions in the Netherlands. One of the most well-known DJs and producers to come out of the Dutch dance music scene is Nick van de Wall, nicknamed Afrojack. He has scored platinum-certified international hits like “Take Over Control” (featuring Eva Simons, 2010) and “The Spark” (featuring Spree Wilson, 2013), as well as co-writing or featuring on global hits by Beyoncé, David Guetta, and Pitbull. He is a regular at EDM festivals and consistently ranks in the Top Ten of DJ Magazine’s annual Top 100 DJs poll. The Chainsmokers, an electronic production duo consisting of Andrew Taggart and Alex Pall, blend indie, dance, and pop into a number-one sound that has given rise to ten multi-platinum singles. The duo’s official debut song, “#Selfie,” a number one dance hit that both praised and parodied the narcissism of the 2010s, was released in 2014. In 2016, “Roses” and “Don’t Let Me Down,” two Top Ten pop hits that were each certified at least five times platinum, followed. Halsey’s vocals on “Closer” helped it to reach the top during the summer of 2016, stay there for 12 weeks, and finally become 12-times platinum. Electronic dance music with a strong bass and synth element is produced by mysterious, masked DJ/producer Marshmello, who achieved popular crossover success in the late 2010s. Marshmello performs while completely covered up, in this case by a marshmallow mask, in the style of other similarly clad dance artists like Deadmau5 and Daft Punk. Before achieving two consecutive number one dance albums, Joytime II and Joytime III, he had achieved a number five Billboard electronic/dance album with his full-length debut, Joytime. 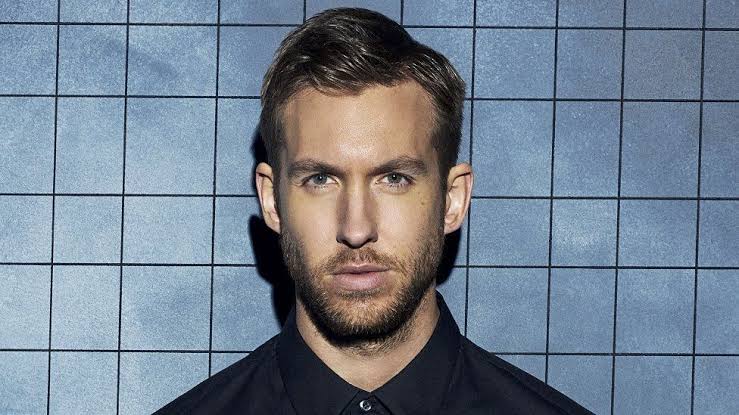 Calvin Harris, a Scottish producer and DJ, rose to fame in the 2000s and 2010s with radio-friendly electronic dance crossover hits including “Feel So Close,” “This Is What You Came For,” “Slide,” and “One Kiss” after first self-releasing his music online. He was named Forbes’ highest-earning DJ in 2013 in addition to winning a Grammy that year. He also broke Michael Jackson’s record for the most U.K. Top Ten singles from a single album. Steve Aoki, a DJ, producer, author, fashion designer, and label owner, established his reputation through boisterous live performances, well-known remixes and collaborations, and his independent record label, Dim Mak Records. His official debut album, Wonderland, received a Grammy nomination for Best Dance/Electronic Album in 2013, and subsequent albums consistently ranked in the Top Five of the U.S. dance chart. He has been performing since the mid-1990s. One of the producers who collaborates the most, Aoki has produced hundreds of features and remixes, including Top Ten dance songs. When Sonny Moore, better known as Skrillex, left his position as the front-man of the post-hardcore band From First to Last for the dancefloor-focused project Skrillex in 2008, he immediately became a club and popular celebrity. He had previously used the name for live DJ sets. The project moved into the studio in 2009, with Skrillex remixing hits by artists like Lady Gaga and Snoop Dogg. Since the late 1990s, Armin van Buuren has continued to be one of the most popular and significant figures in trance and progressive house. He developed a cinematic style that was influenced by early synth masters like Klaus Schulze and Jean Michel Jarre, and before he started his lengthy run of mix CDs, he had chart success with early songs like 1997’s “Blue Fear.” In 2003, he helped co-found Armada, and the label has continued to play a significant role in the EDM scene.

Tags
Afrojack Armin Van Buuren Calvin Harris David Guetta Electronic Music Marshmello Martin Garrix Skrillex Steve Aoki The Chainsmokers Tiësto
Ikedichim Chibundu Follow on Twitter September 14, 2022Last Updated: September 14, 2022
Check Also
Close
Back to top button
Close
We use cookies on our website to give you the most relevant experience by remembering your preferences and repeat visits. By clicking “Accept”, you consent to the use of ALL the cookies. In case of sale of your personal information, you may opt out by using the link .
Cookie settingsACCEPT
Manage consent