26AR solidifies his command of the rap scene with a new video, “Hottest In My City” featuring Rob49, premiering today via def jam recordings 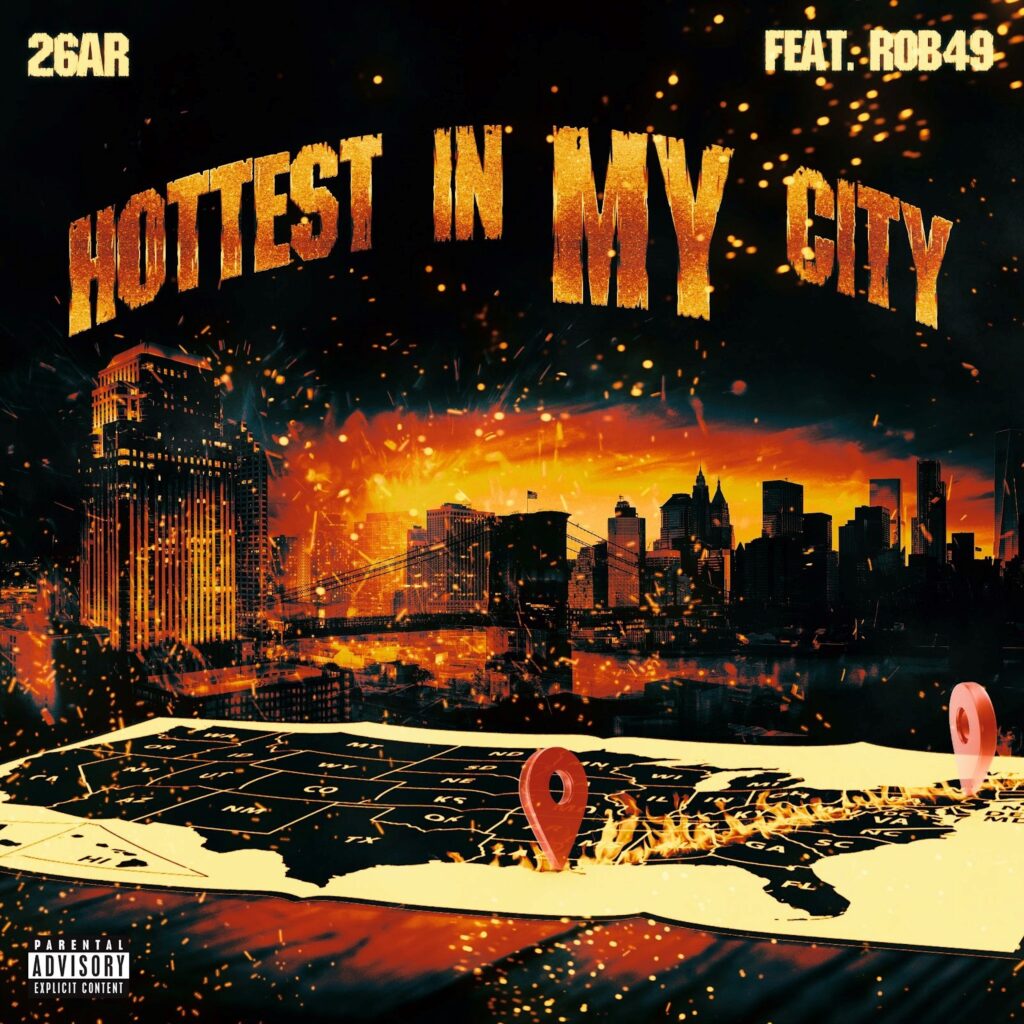 26AR, the 22-year old Crown Heights rapper whose explosive approach to the competitive rap scene has solidified his stance as ‘The Voice Of The Streets,’ teams up with New Orleans MC Rob49 for the video of “Hottest In My City,” premiering across all platforms today via Def Jam Recordings. The new track follows up the single + video “Can’t Slip,” the Def Jam label debut of 26AR released last month.

As street legend has it, 26AR was turned on to the birth of drill in 2016, when he was locked up in prison and first heard the music on tablets.  He had already started setting down lyrics, perfecting his craft as a lyricist, and preparing for his liberation in late-2019.

Over the course of the next two lightning years, he proved himself a Kings County force to be reckoned with, as can be seen in his From The Block NY performance of “King Of Drill” (November 2021).

By 2020, 26AR’s reputation detonated with the release of upwards of 20 volatile singles (as revealed in his Power 105.1 On The Radar interview), including “My Set” and “Maneuver.”  With authenticity becoming increasingly rare in hip-hop, his knack for keeping it a buck is his strongest quality.

Stream Hottest In My City

Watch “Hottest In My City” video: