Three persons have been arrested in a Texas apartment owned by controversial rapper NBA Youngboy and guns reportedly seized from the place.

The house was searched after a search warrant was issued in November. At the time, according to authorities, a man was shot multiple times in the head and body but he survived. Roymellow Williams, Daryl Brown, and Carleon Gallien were arrested after the incident. 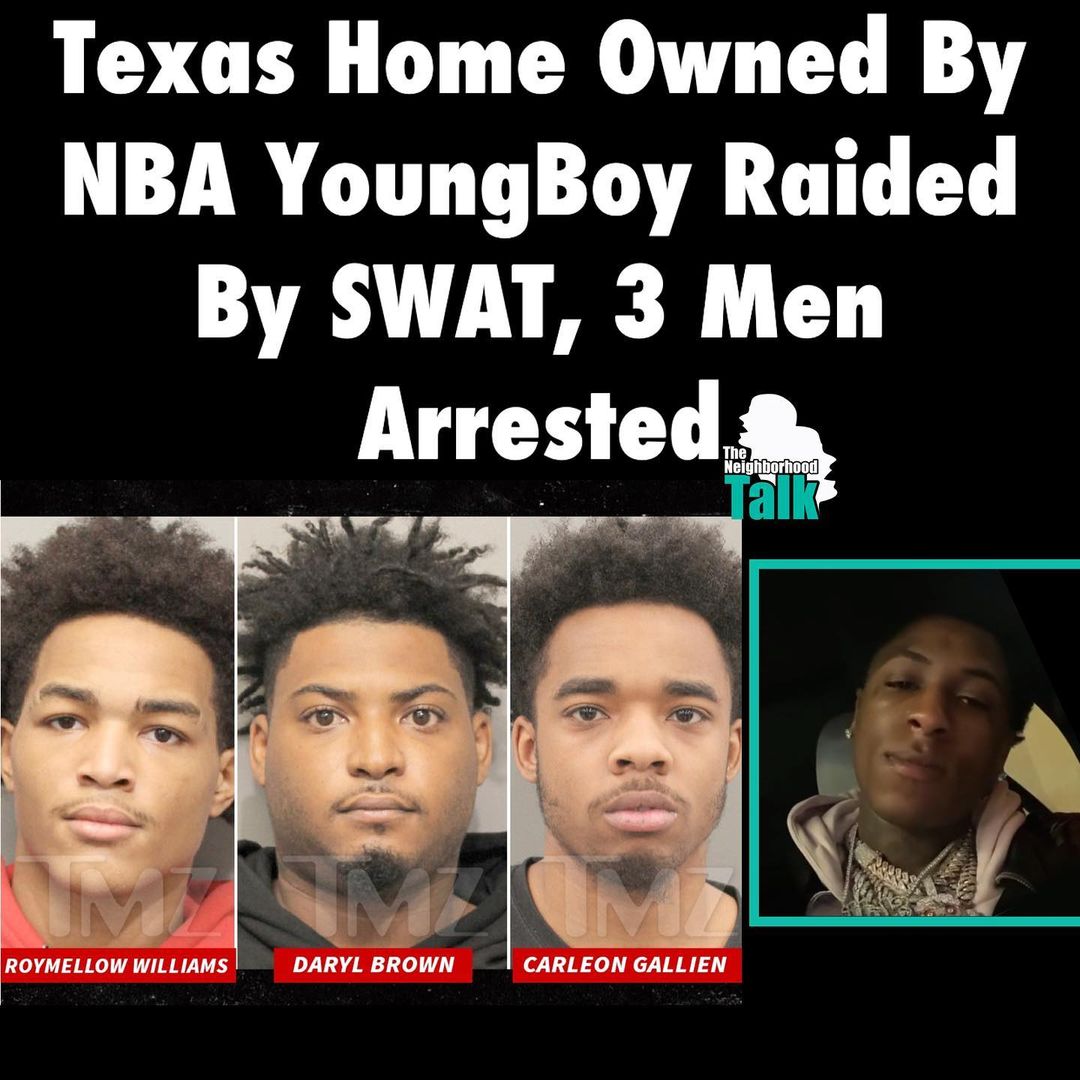 It cannot be determined what link NBA Youngboy has to the three. The rapper was released on a $500k bond last year and is currently under house arrest in Utah. In one of his pictures, he had taunted his enemies, using dollar bills to write a message that they would die.

Youngboy is currently awaiting trial on weapons charges. The outcome of the investigations into Roymellow Williams, Daryl Brown, and Carleon Gallien and the gun recovered from Youngboy’s Texas home will determine the direction of his impending trial.

Since he popped on the music scene, NBA Youngboy has had several run-ins with the law and people he would rather call his enemies. He’s survived a couple of shootings, and he uses that to taunt his enemies. As far as he’s concerned, they’re the ones who will embrace the dust of oblivion.

Tags
NBA Youngboy
John Anusie Follow on Twitter January 27, 2022Last Updated: March 31, 2022
Check Also
Close
Back to top button
Close
We use cookies on our website to give you the most relevant experience by remembering your preferences and repeat visits. By clicking “Accept”, you consent to the use of ALL the cookies. In case of sale of your personal information, you may opt out by using the link .
Cookie settingsACCEPT
Manage consent