The 34-year-old Grammy winner wore a v-neck black blouse with high-waisted black leggings for a stylish yet laid-back appearance while out on a yacht with friends. A sleek bun, big gold hoops, and minimal makeup complemented the ensemble.

The entire “summering on a boat” vibe was completed with flip flops and a dark shade of nail lacquer for a sophisticated mani-pedi. Paul, a 40-year-old sports agent, chose to wear a vivid flowery button-down with vibrant blues, pinks, and oranges in contrast.

Along with a set of rings on her left fourth finger, Adele was also spotted wearing a stack of three $4,000 a piece four-leaf clover Van Cleef & Arpels bracelets. When she showed up at the BRIT Awards in February wearing a stunning diamond ring, she ignited engagement speculations with Paul. 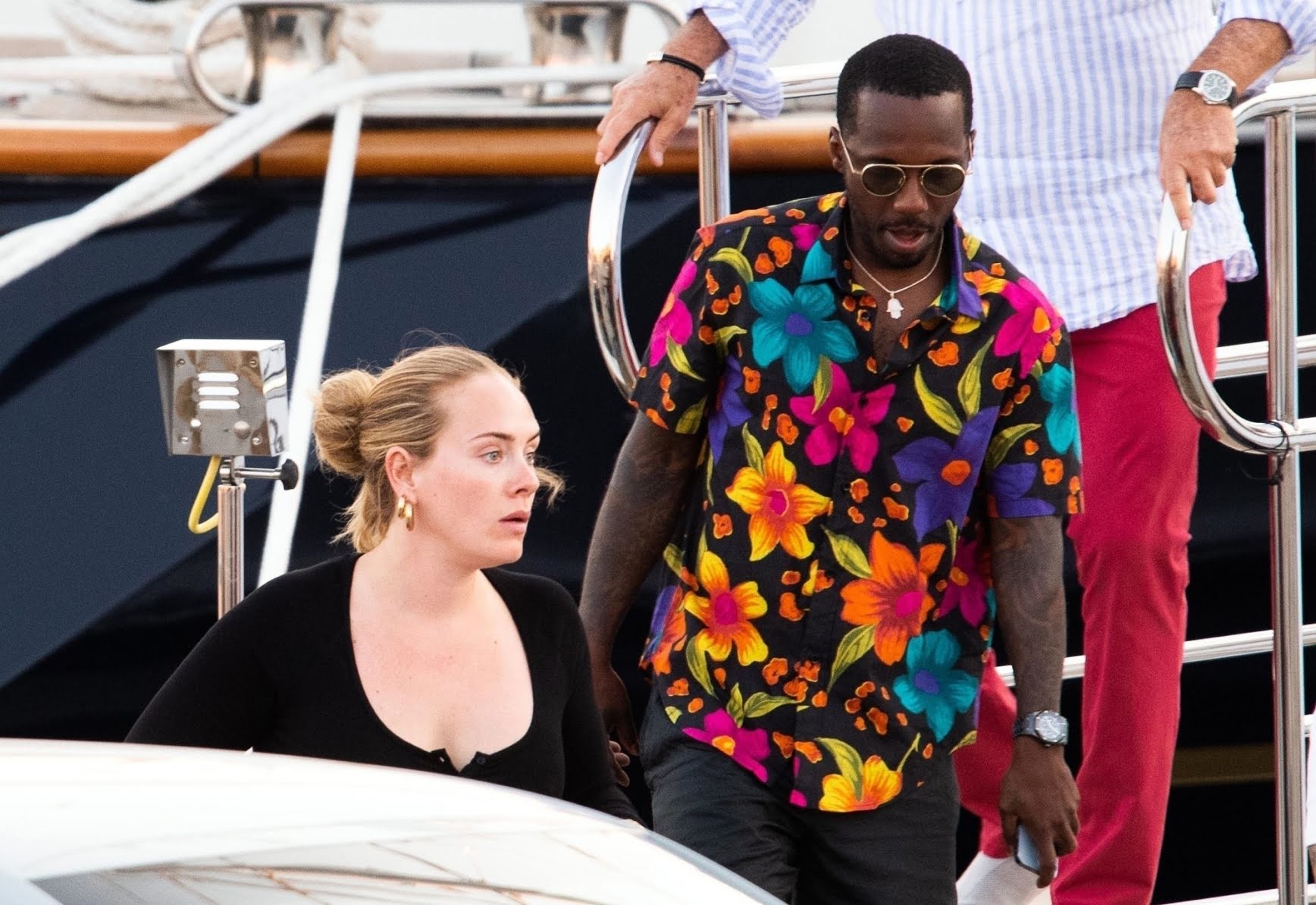 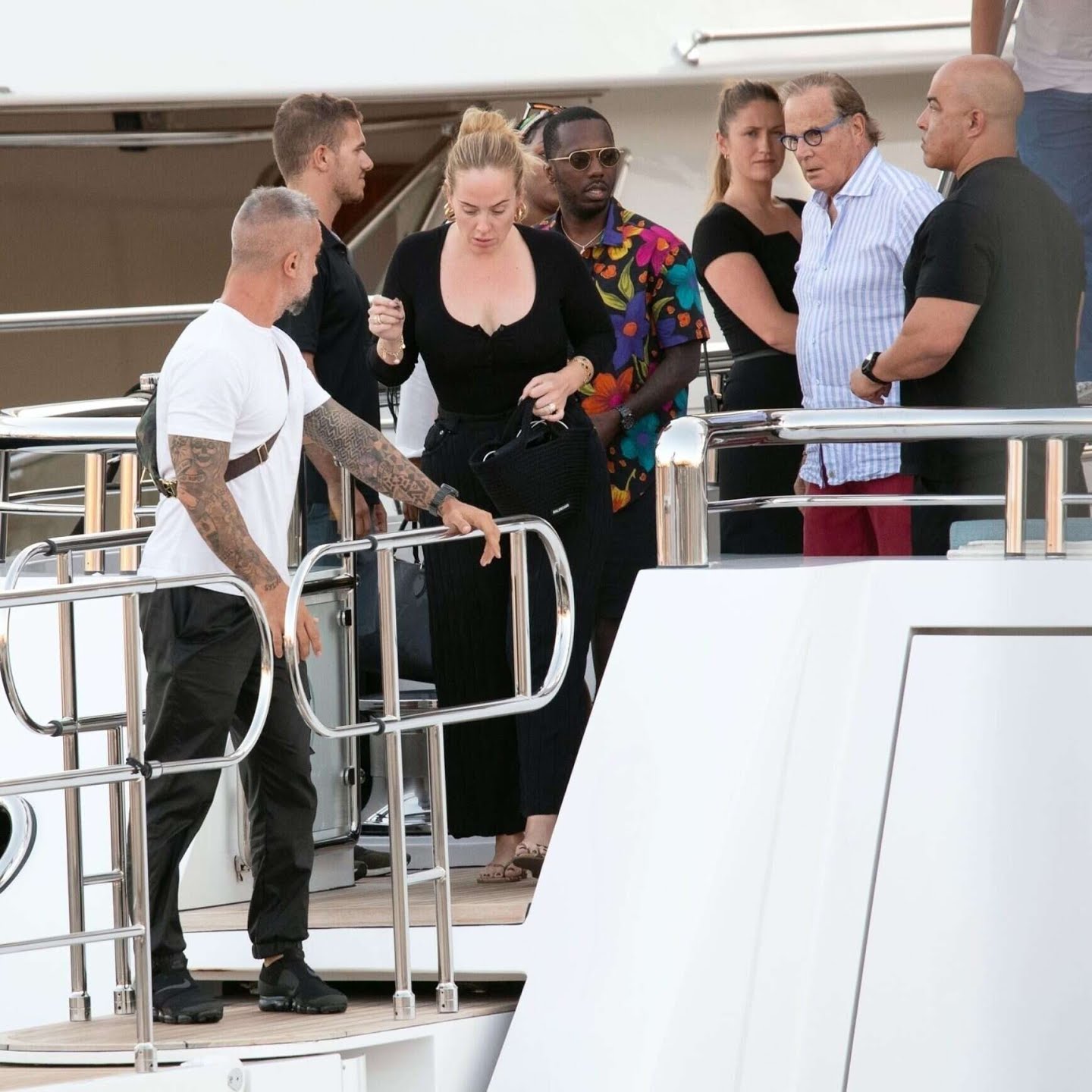 Since then, when questioned about their future marriage plans, she has been evasive. Since being photographed together at an NBA Finals game between the Milwaukee Bucks and Phoenix Suns in July 2021, the “Easy On Me” singer and Paul had been rumored to be dating.

“I was blessed with him and he’s just the best. I definitely approached it all with grace, and I think that really paid off,” Adele recently explained to BBC’s Desert Island Discs regarding her relationship with Paul.