Although the world is eagerly awaiting new music, Ari Lennox’s hit single “Pressure” is still a beloved R&B anthem that her fans stream and vibe to on a regular. Lennox’s critically acclaimed Shea Butter Baby debut album was released back in 2019, and while there hasn’t necessarily been a lack of new music since then, the singer’s devoted fan following wants more.

Ari Lennox was caught in the crossfire on Twitter, where fans like tweeting to and about their favorite musicians. A fan tweeted, “I’m blaming the label for not releasing the album at this point. I know it’s done. They’re tripping.”

But Ari told her fan that Dreamville isn’t exactly always to blame. Like many of her peers, Ari asserted that the delay may be due to her desire to produce the ideal project. “Boyeeee it’s me,” she said. “I’m a baby perfectionist. She’s not ready yet [heart eyes emoji][red heart emoji]. My sophomore baby is coming soon.” 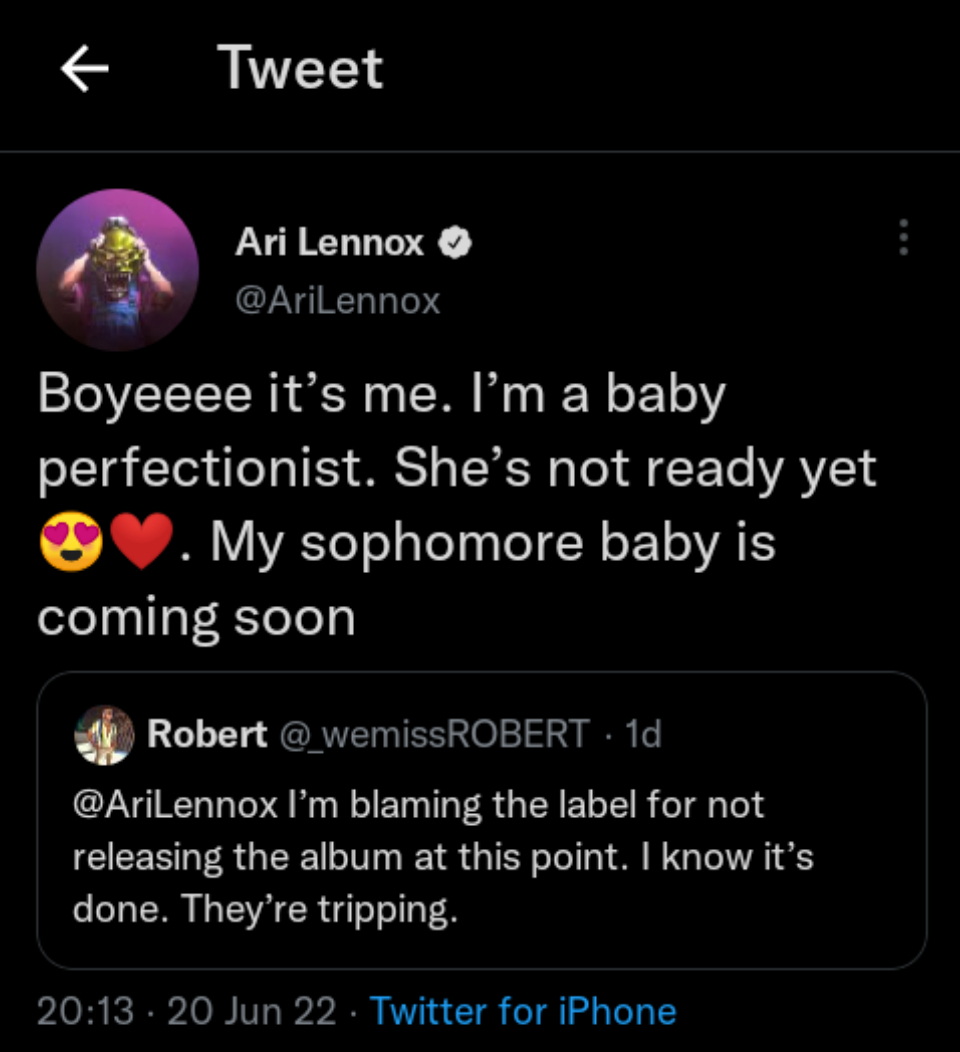 The singer didn’t reveal anything else, so it’s unknown when the eagerly awaited album will be released. Even so, her supporters appear to recognize that being creative takes time. Lennox recently declared that she would no longer be flying because she has a fear of flying, and if a show needs her to fly, she wouldn’t be able to make it.

Tags
Ari Lennox
Ikedichim Chibundu Follow on Twitter June 22, 2022Last Updated: June 22, 2022
Check Also
Close
Load more
Back to top button
Close
We use cookies on our website to give you the most relevant experience by remembering your preferences and repeat visits. By clicking “Accept”, you consent to the use of ALL the cookies. In case of sale of your personal information, you may opt out by using the link .
Cookie settingsACCEPT
Manage consent