R&B singer, August Alsina, on Tuesday got into an exchange of words with a fan on Twitter over his  newly-released single, “Shake the World”. The new track contains a lyric about Alsina’s infamous “entanglement” with Will Smith’s wife, Jada Pinkett Smith.

Following the post of a Twitter user that the singer is “not a victim in this”, labelling the track as trash, Alsina shot back: “ifeel for you and your ancestors brother. Cus u ain’t nevaaaaa had to lie this hard. U know that shit hard boy! Shit put u in a hypnosis soon as it drop! Cus Got Dammit ‘I shake the wurrrrrrrrl’”

The fan was of the opinion that Alsina actually has talent, and probably not living up to his career dreams is what has him so on edge.

“My point is this,” wrote the fan. “You’re actually talented. All of that that you’ve been through in your childhood and life is what attracted a lot of us to your music. You don’t NEED to be doing THIS. All you need to do is drop a hot album and K.I.M. IJS.”

“I’m not a child anymore! & No need to remind me of me being talented, God gifted me that!” Alsina fired back. “I’m STiLL talking about MY life in my music, and Yal got a problem! BE MAD! Black twitter is the new age slave owners! But Yal don’t own me! & u go stay mad about it.” 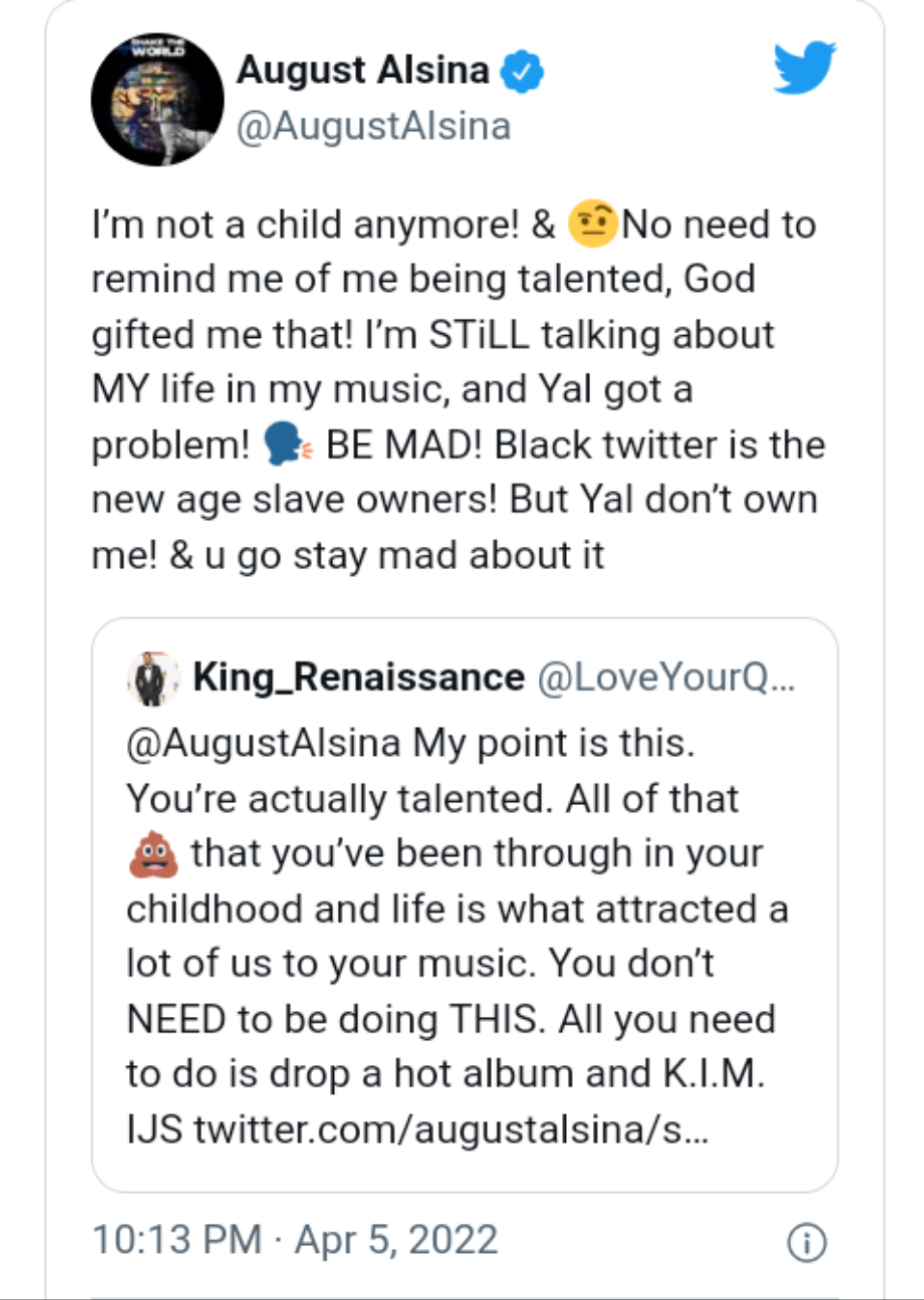 Tags
August Alsina
Ikedichim Chibundu Follow on Twitter April 7, 2022Last Updated: April 7, 2022
Check Also
Close
Back to top button
Close
We use cookies on our website to give you the most relevant experience by remembering your preferences and repeat visits. By clicking “Accept”, you consent to the use of ALL the cookies. In case of sale of your personal information, you may opt out by using the link .
Cookie settingsACCEPT
Manage consent