There is hardly anything celebrities do not try these days to go viral: from faking breakups to leaking their own nudes and sextapes, nothing is off limits. However wild the potential of artists are getting themselves trending on social media, there remains still certain moves that would leave one stunned. Such is the latest move by American rapper Bishop Nehru who is claiming the use of heroin in a new song.

Bishop Neru had earlier on Monday 16th May posted a controversial cover art of the video on instagram. On the cover art are two toddlers: one white and the other black, with the latter holding what appears to be an injection. The covert art was therefore lending credence to the talk of drug abuse prevalent amongst the black in a United States of American community with racist problems.

The artist has now posted a video of himself on Twitter, with heroin being injected into his system. Not wanting his fans to waste time guessing what exactly he was doing, he captioned the tweet, “I tried heroin in the new video.”

The video which starts with a statement from the rapper shows the 25-year Nehru in a disturbing state after getting high off the opiate.

Unfortunately, the video does not appear to have gotten the rapper the result he envisioned, as comments from his fans and Twitter users about the video have been rather negative.

Bishop Nehru however appears unfettered nonetheless and has now set the release date for the video for May 27. 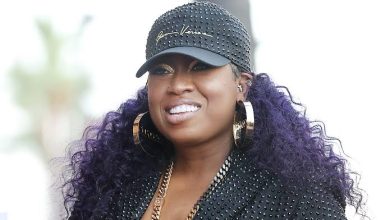