BROCKHAMPTON releases their final album, The Family, today. The 17-song album was officially announced at the end of October, ten months after the group disclosed that they would be taking an indefinite hiatus. The album was recorded in the spring of 2022 by Kevin Abstract, Bearface and Romil Hemnani of BROCKHAMPTON with artist and producer boylife serving as the executive producer alongside Bearface. The album features previously released singles “Big Pussy” and “The Ending” and is available in three limited edition box sets. 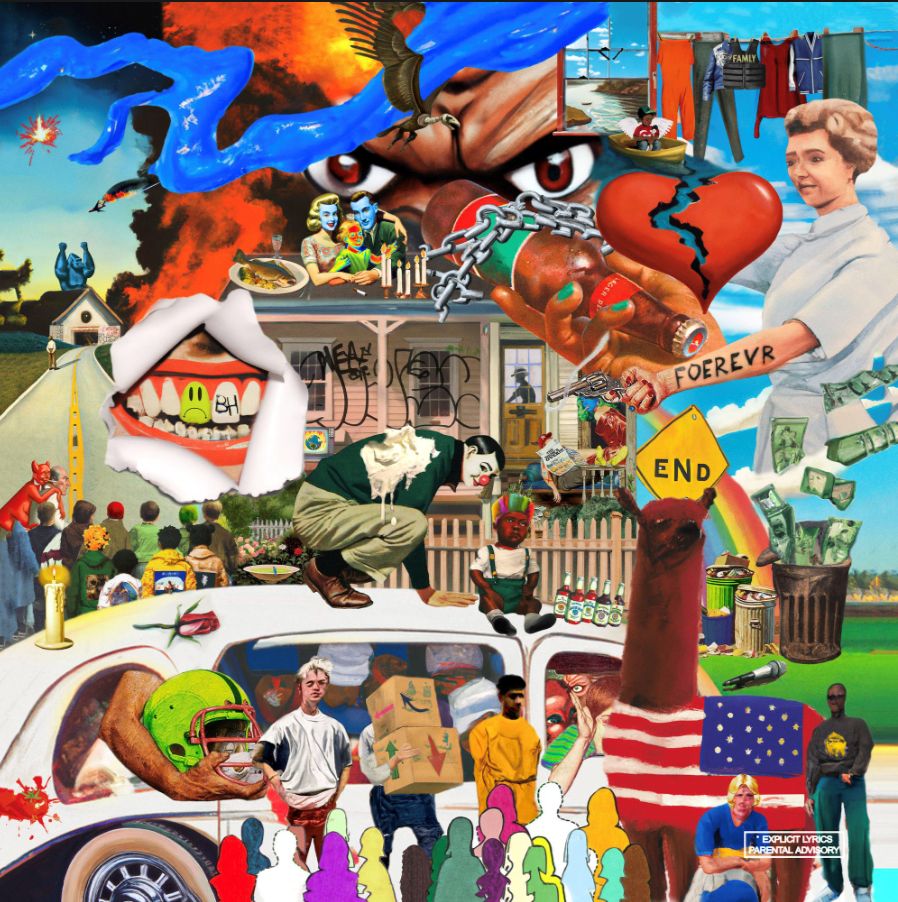 While The Family was the final album that BROCKHAMPTON created, they have announced the surprise release of TM, an album made up of songs that were started by the group during a two week stint in Ojai, California in 2021, but were never fully completed during those sessions. Earlier this year, the group’s Matt Champion took on the role of executive producer and saw the album to its completion. It is being released at midnight local time as a parting gift to their supporters.

Along with the release of The Family, BROCKHAMPTON’s Kevin Abstract, the only lead vocalist on the album, released a statement. In the note, the group’s founder and de facto leader shared his appreciation, detailing his intimate perspective on the beginning and ending of the BROCKHAMPTON story.

The year is 2009. I’m at my mom’s crib in Corpus on her big ass desktop computer. Gas station food. Hot ass afternoons. Washing cars for money. As most of us did, I shut down once I hit middle school. I was afraid to be vulnerable with my mom. I remember not feeling good enough for my dad. I remember pretending to be somebody new depending on who I was around. I used to wanna be an actor. My 14-year-old self was in pain. I was lost. Trapped. Broke. And so I dreamt. For reasons similar, but unique, everyone in this group dreamt too.

That post on the forum was an olive branch. Everyone took a risk. We found each other and planted our own trees. I had a vision when I posted, but the way it would end up not only changing my life but having an impact on the culture we grew up on? Thank you. I think about all of the good that came from my pain. That pain, those dreams – that was the coal in the furnace of my creativity – and still, as we got big and cool shit started happening, those embers never left. The pain has found a way to adapt for the new life. Maybe that shit’s just the human condition or whatever. This project is the culmination of all that. And all that smoke from that furnace was making us all cough, for all our sakes it was time to air it out, to move into the future. Fresh air.

I understand that some of the fans are upset that no one is on the album but me. Over the past few years, the members of the band began to move our separate ways, and focus on our individual careers and passions. With this project, a few of us were inspired to make something new that would bring closure to the past, and set the table for all of us to finally be able to explore our individual futures. I hope you understand and enjoy the music.

I feel like whoever is reading this – whoever has been with BROCKHAMPTON since the beginning deserves some sort of closure. The album is an attempt at that. Thanks for giving us a chance. For holding me up. Holding me down. For being everything I needed when I was just some nigga from Texas. I still am. Yeah, this show is over, but the furnace is still glowing.

What a blessing this has been.

with all the love, ian

Listen to The Family below and see more project details below. Stay tuned for more BROCKHAMPTON announcements.

Tags
BROCKHAMPTON
Ayodeji Ibrahim Lateef Follow on Twitter November 17, 2022Last Updated: November 17, 2022
Check Also
Close
Load more
Back to top button
Close
We use cookies on our website to give you the most relevant experience by remembering your preferences and repeat visits. By clicking “Accept”, you consent to the use of ALL the cookies. In case of sale of your personal information, you may opt out by using the link .
Cookie settingsACCEPT
Manage consent