When it comes to her colleagues in the music industry, Azealia Banks has never been afraid to voice her thoughts. In the past, Banks has been harshly dismissive of other female rappers, such as Cardi B. With that in mind, some fans have assumed that Banks despises Cardi and is uninterested in her career.

Banks, on the other hand, rushed to Twitter last night to applaud the song “Bodak Yellow.” “Yo Bodak Yellow is really still a TOP TIER female rap record. It’s so fucking NEW YORK,” she tweeted. This elicited a retort from a fan, who chastised Banks for snubbing Cardi. 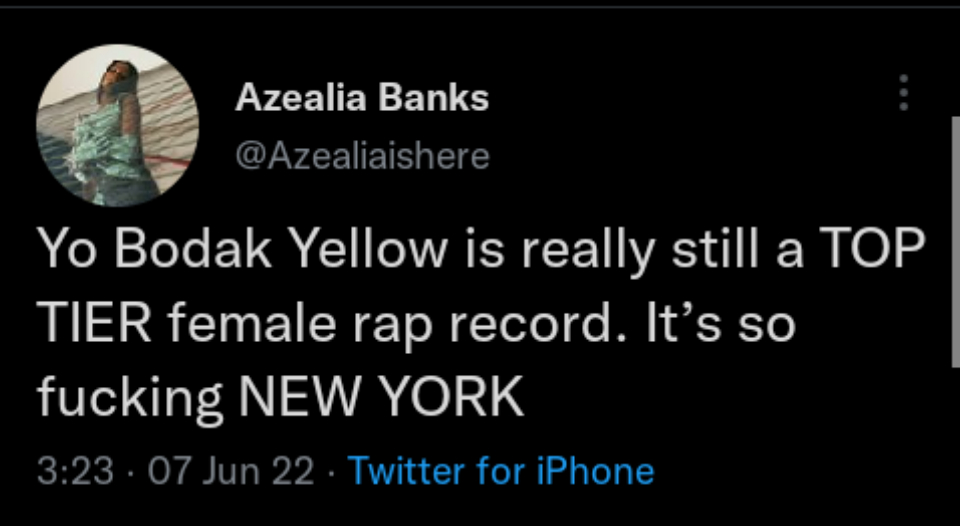 That’s when Banks stepped forward and said: “It’s mad funny how fans be thinking they know what goes on behind the scenes. Or think artists care about what y’all think about industry we work in. I’ve always thought bodak yellow was fire. Plus cardi b’s personal, mental and cultural glow up is solid.” 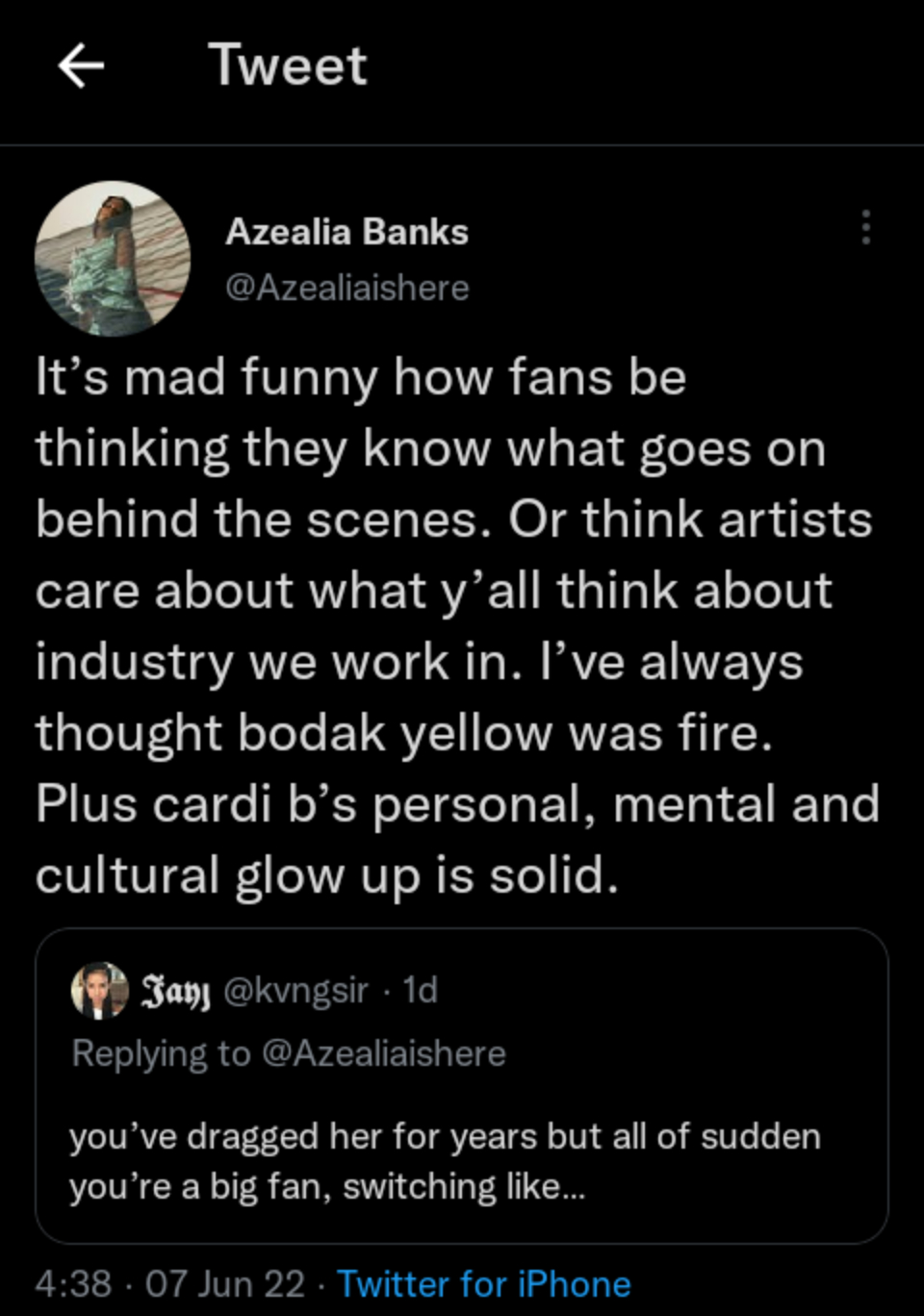 Banks went on to refer to Cardi as a “industry plant” after that. Despite this, Banks holds the superstar rapper in high regard.

“She was an industry plant lmao. But sis took advantage of the opportunity and rode that bitch the fuck out, assembled the right team, seized the moment, and made herself a cultural mainstay. U have to respect it,” she wrote in another tweet. 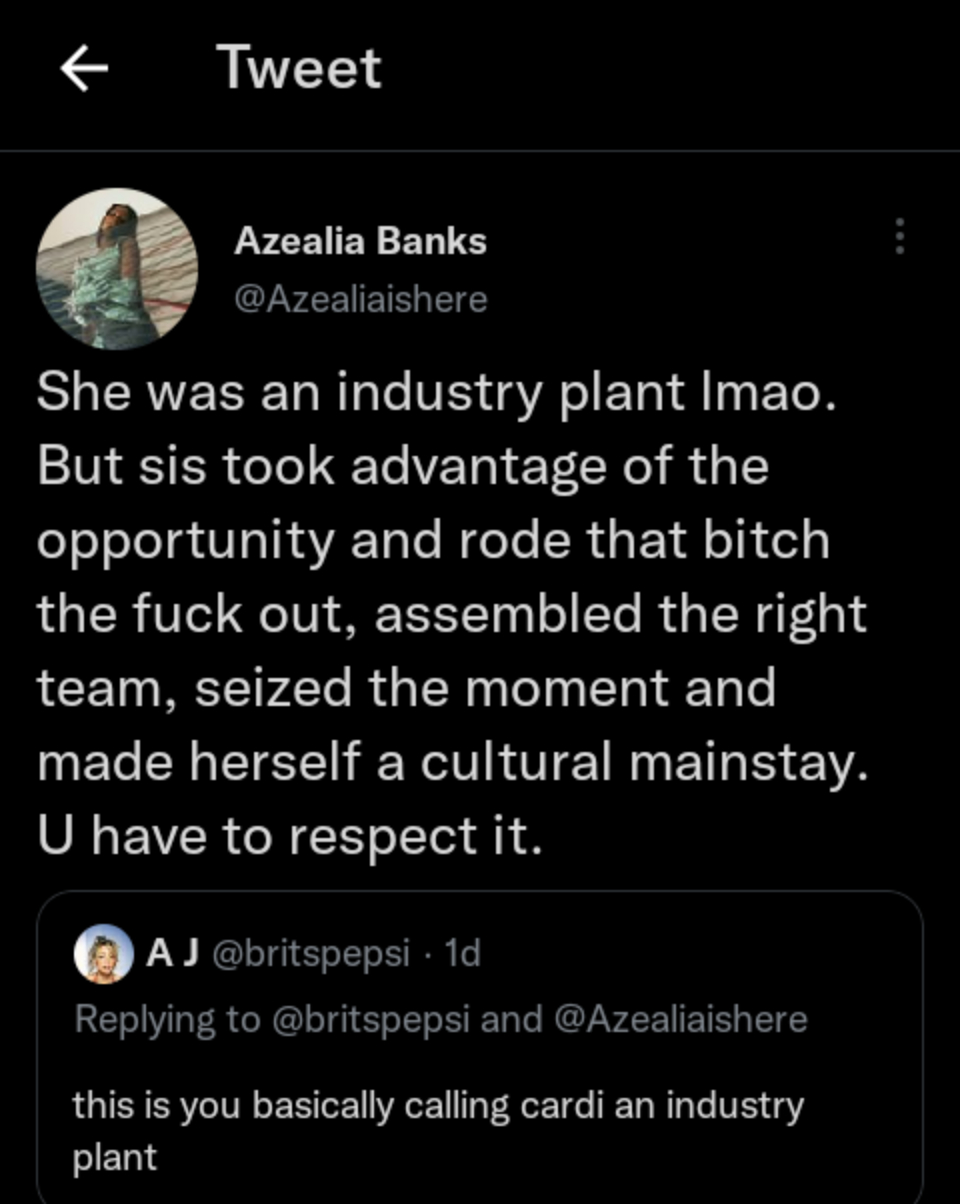 Tags
Azealia Banks Cardi B Iggy Azalea
Ikedichim Chibundu Follow on Twitter June 8, 2022Last Updated: June 8, 2022
Check Also
Close
Back to top button
Close
We use cookies on our website to give you the most relevant experience by remembering your preferences and repeat visits. By clicking “Accept”, you consent to the use of ALL the cookies. In case of sale of your personal information, you may opt out by using the link .
Cookie settingsACCEPT
Manage consent