It’s been roughly six months since Cardi B give birth to her baby boy, but up till now she still still not revealed her son’s name, let alone his face, on social media, where she sometimes goes to share some of her private lifestyle. However, the mother of two chose not completely disappoint her millions of followers by a sharing just a glimpse of her newborn after a curious fan asked to know why she hadn’t shared a photo of him.

“Ugh I wish I can take my sweet baby teething pain away. He been sad all day,” wrote Cardi in a tweet, which prompted fan’s response, “Our baby cousin got teeth coming in and we ain’t seen him yet.” Surprisingly, Cardi obliged, posting a zoomed-in photo of her son’s eye and nothing else. “That’s all y’all will get,” she captioned the sneak peek.

Somehow, that did not seem to be enough to satisfy some Twitter busybodies, who went on to scold her for sharing the photo.

“How people mad cause people was asking me to see my son and I replied ?” Cardi asked. “It seems like I can’t do or say nothing these days wit out people getting irritated.Maybe i should delete my social medias or just die cause Wtff.” 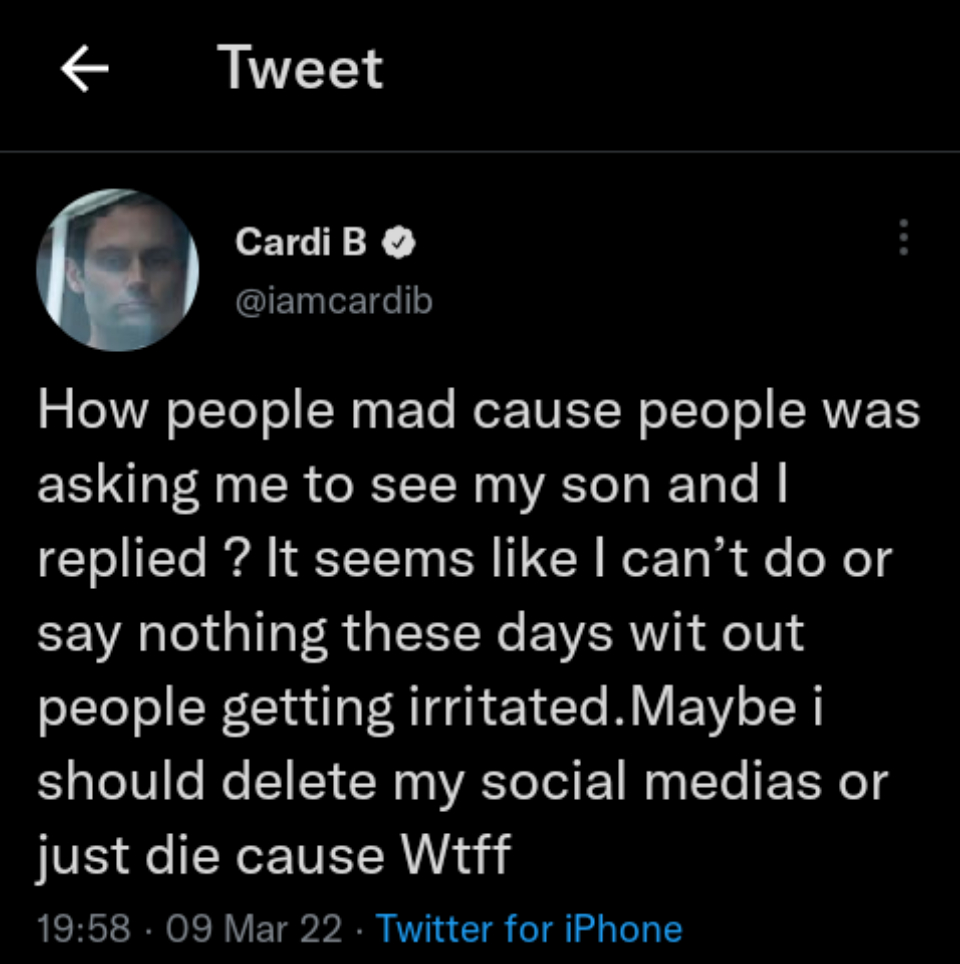