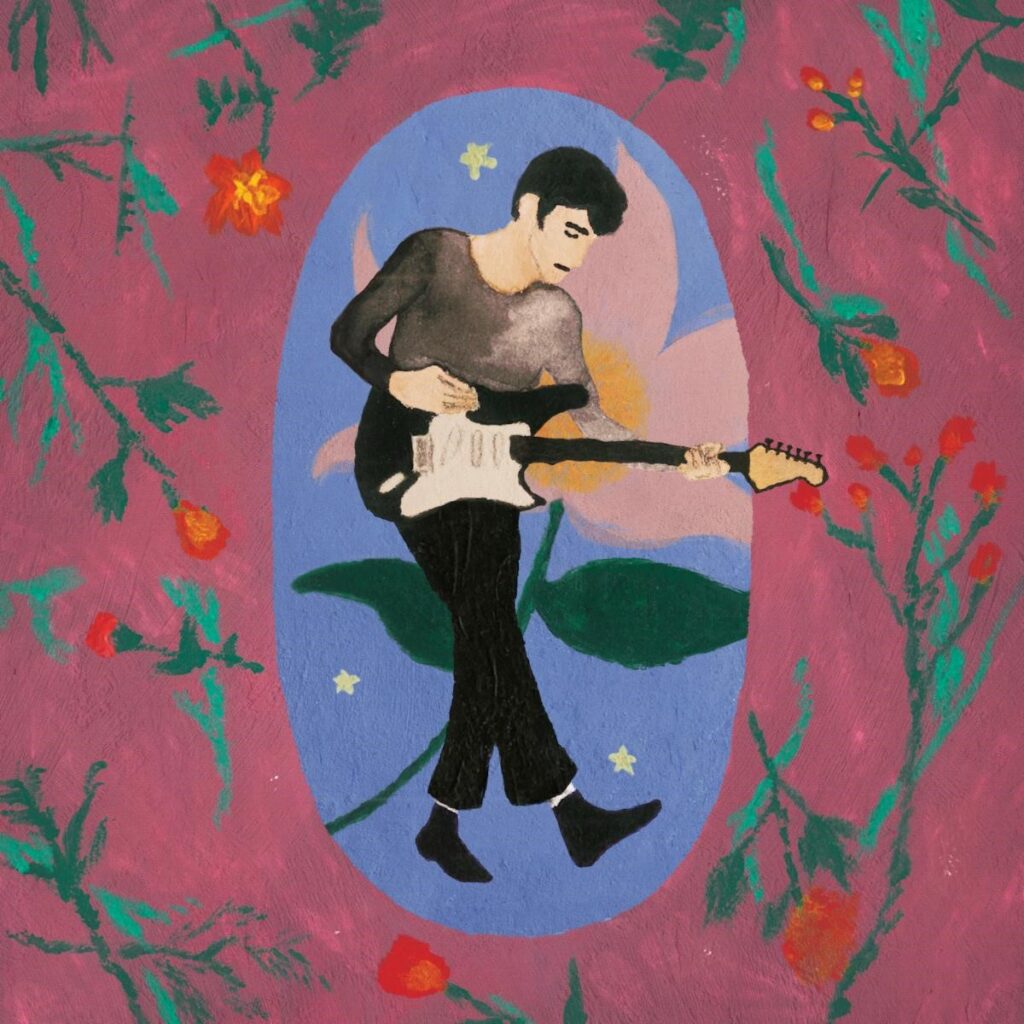 With today’s release comes the latest satirical indie-rock-tinged single and accompanying video “Dancing Through The Mental Breakdown.” Hear the new music and longtime fan favorites live this fall as Charlie hits the road across the EU, UK and North America from September through November, with tickets on sale now via charlieburg.world/tix.

Charlie Burg’s 15 track LP, Infinitely Tall, is told in three chapters, each tied to a specific place–from his childhood house in Detroit, to college in Syracuse, and now, life in New York City. The project explores the various spaces in one’s life that may make, break, shape and uplift, using lush soundscapes that blend genres and transcend location, age, space and time. In addition to co-producing the project with Mike Malchicoff, (Bo Burnham, Niall Horan, Kids See Ghosts and King Princess), Burg plays nearly every instrument on the LP. 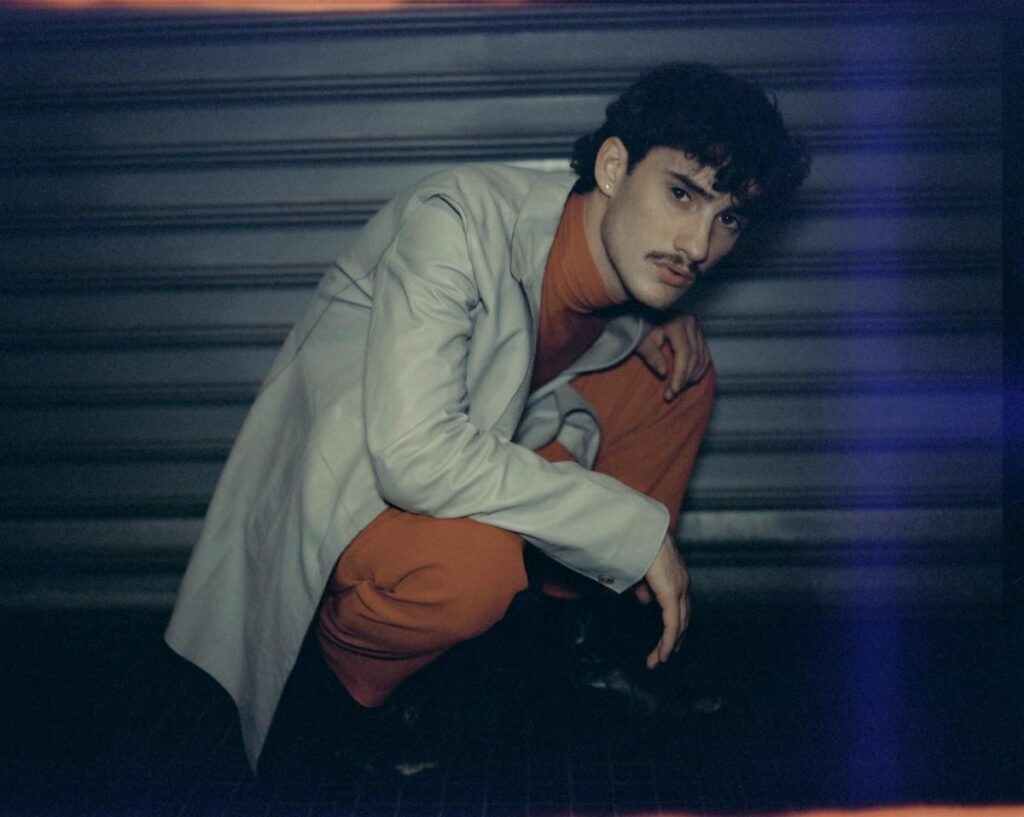 Speaking to the chapter book structure of the album, Burg’s goal was to design a body of work that mirrored the stages of his own life and the places that have shaped him throughout his life thus far, Burg explains, “I formatted this album in a three-chapter layout, with each group of five songs representing a different space in my life. The first is representative of the dreamlike nostalgia of one’s hometown; the second embodies a college house and the free spirit and recklessness of young adulthood; the third is city life, an ejection from youth into adulthood, and the endlessness that stretches out before you in the smoky urban expanses.”

On the debut record, Charlie Burg says, “The album is a reflection on spaces – namely houses – and the ways that we are shaped by our physical surroundings. “Infinitely Tall” is a phrase from the final track of the album which was born out of a jam session with my friend Rebecca in my hometown years ago. As I reflected on the concept of the album that phrase accurately encapsulated the feeling I had when thinking about home. We might change. Home might change. But some things never die.”

The project’s latest single, “Dancing Through The Mental Breakdown” allows the singer-songwriter to playfully critique the toxicity of social media with lines like “Don’t argue with folks at the club / When all you do is recite what you read on the ‘gram, baby” and “I said shake your ass / TikTok goes crazy for that.” Burg calls it “a burst of sardonic cultural criticism” and explains the context of the track as sharp self-examination. “The wheels come off and the protagonist (me) sees all their most resented attributes of the world reflected back to them in the mirror. Many of the things I hate about the world could really be things I hate about myself.”

Throughout the track, Burg is honest with himself as he observes the world around him, and remains optimistic despite the harsh realities of the hyper-online (and fabricated) world in which musicians are now immersed. Burg continues, “I denounce the version of myself that shallowly poured over the girl in the bookstore. Existing in a world of putting on a front to others, badmouthing them behind their backs, judging them on unattainable standards…it reminds me of us – even through an identity crisis and a mental breakdown, we are dancing.”

Directed by Rachel Cabitt and Natalie Leonard, its accompanying video is a grainy exploration of New York City through a fisheye lens, complete with blurs and hues of red and blue that mirror what it might feel like to dance through a mental breakdown. With Burg leading the way through the city, often talking straight to the camera, he eliminates any barrier between himself and the viewer, marked by his signature intimacy that both his music and presence offer.

The video embodies the chaos that exists in life today that is compounded by social media, as the visual, shot on an iPhone, gets increasingly more distorted throughout. Burg explains, “It’s about the chaos both in the mind and in society, brought on largely by phones and social media, it was completely shot on an iPhone for the irony, and it gets progressively more distorted as the video goes on.”

The release of the album follows the previously released dynamic groove of “Ooh! Sumthin’ New” where Burg craves a change of pace, and the gentle “Chicago (Take It or Leave It),” a track that is carried by a smooth electric guitar and sweet, soulful vocals and feels like running into an old friend. Its accompanying video, directed by Jabari Canada and edited by Wesley Sanchez, shows Burg playing a lonely pizza shop employee and after making the pie, hand-delivers the box to an anonymous doorstep to reveal the physical record sitting inside the box to conclude the video.

Previous releases have caught the attention of countless major tastemakers, including Matt Wilksinson of Beats 1, who premiered “Channel Orange In Your Living Room,” says the single is Burg’s “most self-assured track yet.” Burg has garnered over 2.2M monthly Spotify listeners, and millions more total streams and has been included on Spotify heavy-hitter playlists like Lorem, Pollen and Fresh Finds, and many more. Over the span of his recent releases, Burg has received a slew of support from Wonderland, NME, DORK, Ones to Watch and many more. Already a touring veteran at age 25, Burg has hit the road with the likes of Ashe, Jeremy Zucker, and Moonchild, with an ever-growing list of accomplishments showing no signs of slowing down. Plus, April and May 2022 saw sold out shows for Burg from LA’s Troubadour to New York’s Bowery Ballroom, complete with a crowd surf to the latest single, “Dancing Through the Mental Breakdown“.

New York City fans got a taste of what’s to come on tour when Burg recently played to a lively, packed Bella Ciao–a pizzeria in Manhattan’s Little Italy matching the theme of recent “Chicago” (Take It Or Leave It)” video. With support from rising pop singer Mia Gladstone, the surprise show’s proceeds went to Keep Our Clinics, a fundraising campaign for independent abortion clinics across the U.S.

The expansive debut LP from Charlie Burg, Infinitely Tall, is finally out everywhere now via FADER Label. Layered, cinematic and his most realized work yet, the 15 track project is the vehicle through which Burg redefines what home might look like as he makes his way through his twenties, away from the homes he once knew, and builds new ones where listeners, along with him, can take refuge.

Don’t miss Charlie Burg live on tour across the EU, UK and North America this fall. Tickets are on sale now at charlieburg.world/tix. Connect with Charlie on Facebook, Instagram, Twitter and YouTube to stay up-to-date with the rising singer-songwriter who is just getting started. 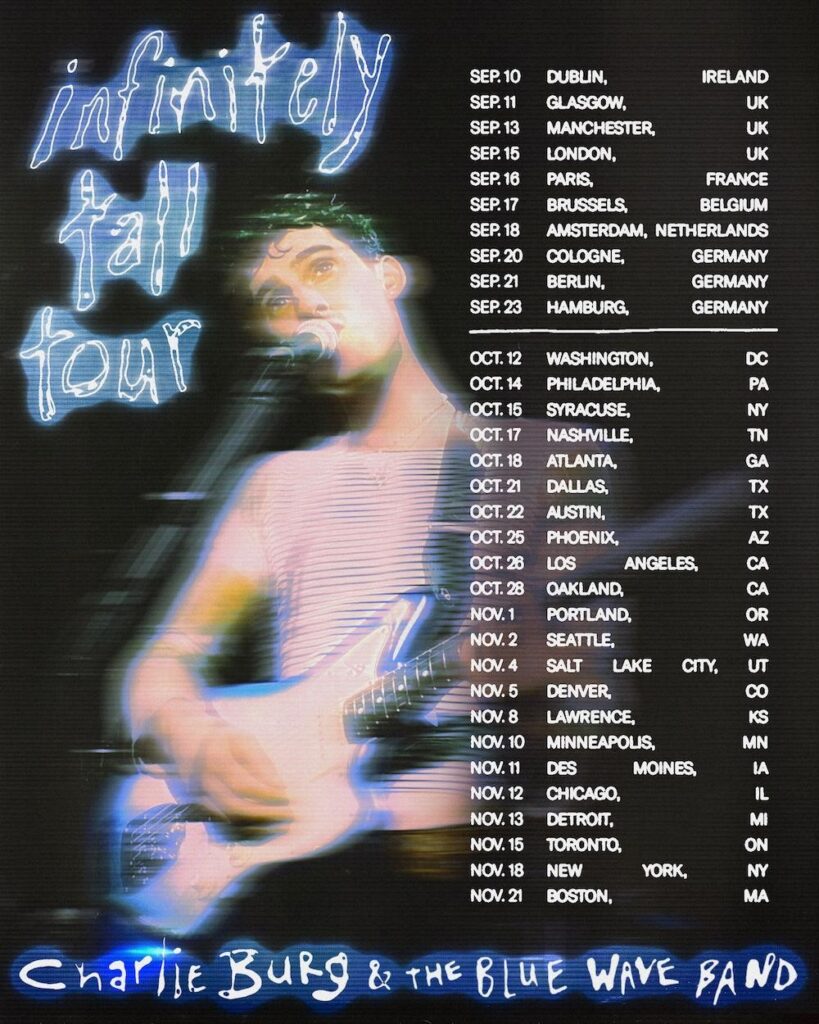 Tags
Charlie Burg
Ayodeji Ibrahim Lateef Follow on Twitter August 19, 2022Last Updated: August 19, 2022
Back to top button
Close
We use cookies on our website to give you the most relevant experience by remembering your preferences and repeat visits. By clicking “Accept”, you consent to the use of ALL the cookies. In case of sale of your personal information, you may opt out by using the link .
Cookie settingsACCEPT
Manage consent