Over the weekend, Chance The Rapper invited Chief Keef to a trip to Ghana via Twitter, and Chief Keef accepted. After it was reported that Kendrick Lamar had flown to the nation for a Spotify mini-documentary, the two Chicago rappers discussed the trip. 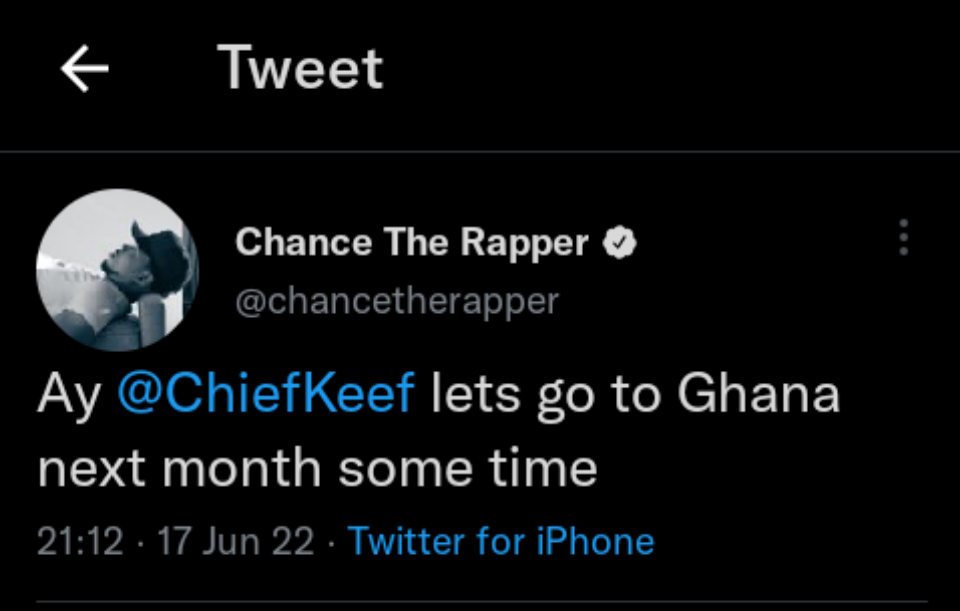 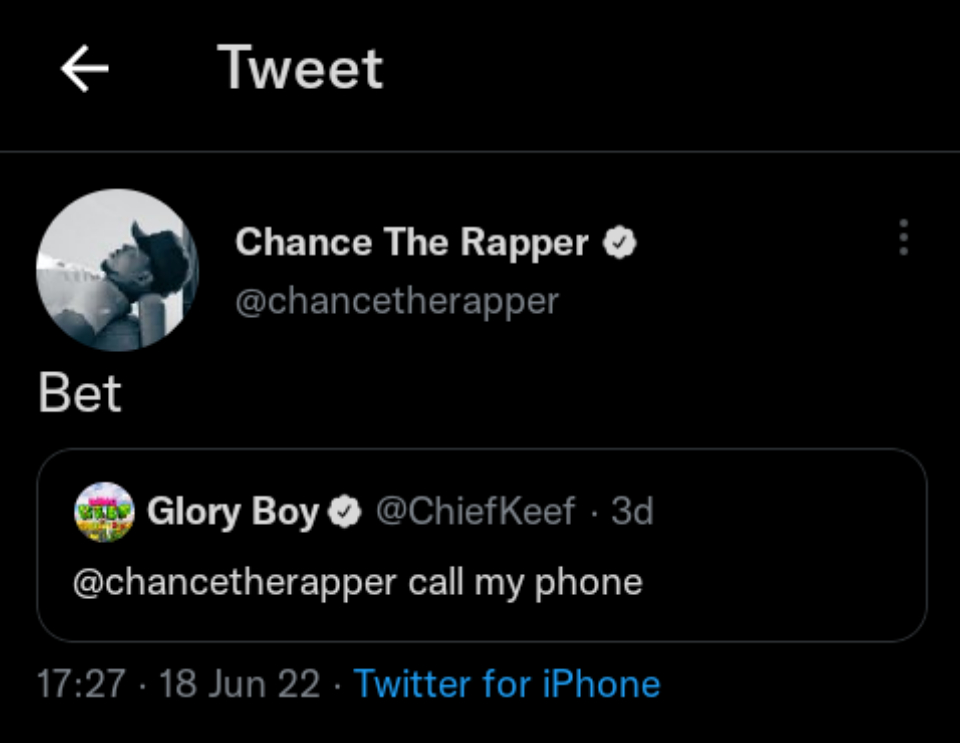 With a trip to Ghana on the cards, listeners may also expect new music from the two rappers. Chance released the track “Highs and Lows” with Joey Bada$$ last week, igniting anticipation for a second studio album.

“Thank you to all my fans and supporters that have been there since day one,” Chance said following the song’s release. “I wanted to give you guys the opportunity — to all my real fans — to be the first to hear my newest piece, ‘The Highs & The Lows’ featuring Joey Bada$$.”

He pushed on: “Because it’s so hard sometimes to connect with all of you, I need a favor. After you hear this song, I want you to send this to five people that maybe didn’t get a chance to hear it. Throw it in your group chat, send it to your best friend, or just play it out loud because the people gotta know The Return is now!”

Tags
Chance The Rapper
Ikedichim Chibundu Follow on Twitter June 21, 2022Last Updated: June 21, 2022
Check Also
Close
Back to top button
Close
We use cookies on our website to give you the most relevant experience by remembering your preferences and repeat visits. By clicking “Accept”, you consent to the use of ALL the cookies. In case of sale of your personal information, you may opt out by using the link .
Cookie settingsACCEPT
Manage consent