The summer playlist for 2022 is going to be spectacular. Several of the greatest names in hip-hop and R&B have already released albums, but Chris Brown’s is one of the most eagerly-awaited of the year. Over the previous few weeks, Chris Brown has gradually revealed more details about his next album. The rapper released a list of collaborators and the cover image a few weeks ago.

He alluded to Lil Wayne, Tory Lanez, Lil Durk, and other performers appearing. The project’s official tracklist was announced by him today with contributions from artists like EST Gee, Bleu, Ella Mai, H.E.R., WizKid, Bruno Mars, Anderson.Paak, and more, Breezy will contain 24 tracks in all.

Chris Brown ignited the internet earlier this week when he released the music video for “WE (Warm Embrace).” Normani, who acts as Chris Brown’s muse throughout the track, made a cameo in the first song video from the album.

After Chris Brown’s next album is released, he’ll embark on the One Of Them Ones tour with Lil Baby, who will appear on the song “Addicted.” The tour begins on July 15 in Raleigh, North Carolina, and ends on August 27 in Las Vegas. See Breezy’s official track listing below. 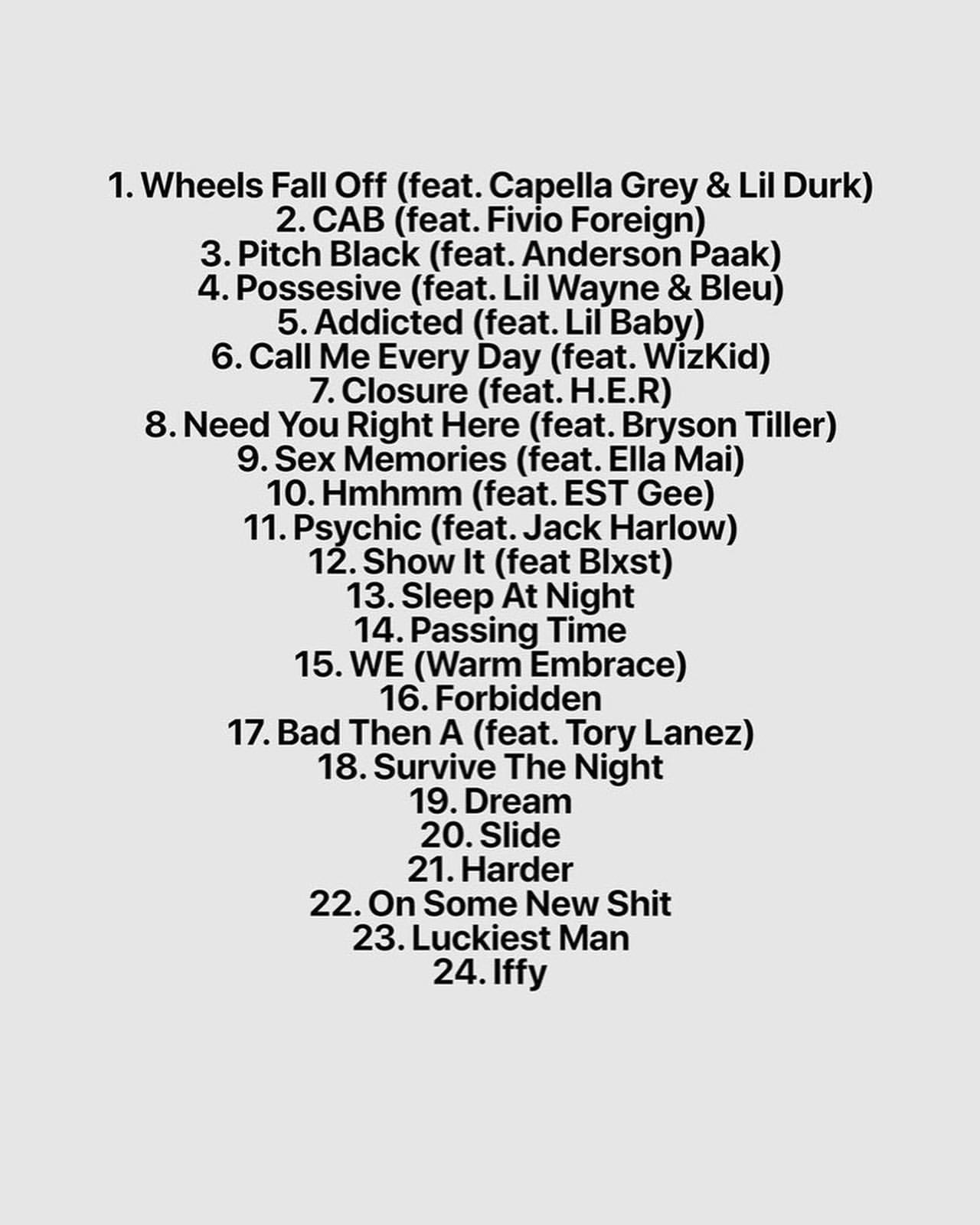