Actor and singer Chris Brown almost had his Houston show cancelled after an aggrieved woman, LaJuan Bailey, filed a suit to have the musician’s and Lil Baby’s “One Of Them Ones” tour date in Houston cancelled.

The case was heard in court and ultimately dismissed, leaving the two musicians at liberty to continue their tour in Houston.

The basis for Bailey’s suit to stop the pair’s Houston tour was Chris Brown’s failure to attend a charity show she had put together. She claimed to have expended over $1 million for the hurricane relief event, only for the celebrated musician to fail to show up.

If she had succeeded in her case against Breezy, the “Royalty” singer would have been effectively under a restraining order that would have kept him from performing in Texas as scheduled.

By the way, contrary to Bailey’s claims, Chris Brown’s teams had countered that parts of the contract were not fulfilled, and Breezy even provided a two-day notice to her. Chris Brown had also reportedly offered a six-figure sum as compensation, but Bailey insists it isn’t enough. So she’s asking for a $1 million compensation instead.

Well, it remains to be seen what angle the case will take after Bailey failed to stop the Houston tour.

Tags
Chris Brown
John Anusie Follow on Twitter August 18, 2022Last Updated: August 18, 2022
Check Also
Close
Back to top button
Close
We use cookies on our website to give you the most relevant experience by remembering your preferences and repeat visits. By clicking “Accept”, you consent to the use of ALL the cookies. In case of sale of your personal information, you may opt out by using the link .
Cookie settingsACCEPT
Manage consent 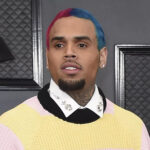