According to reports, DaBaby is planning a youth gathering in his hometown. The controversial rapper is frequently mentioned in the media owing to his personal life or inflammatory statements, but he recently spoke with Charlotte TV station WCNC about a concert and free carnival he is hosting in his hometown.

During the interview, DaBaby was asked about what tourists should expect on Saturday (June 18), as well as the issue of gun violence that has been hurting kids in numerous areas. “You can expect an unforgettable experience. From the children to adults, to the elderly,” he stated. “We just wanted to do something to get them kids’ energy out before the concert later that night.”

This event is said to be in existence to provide young people with an outlet throughout the summer so they don’t get into trouble or make poor decisions. DaBaby also stated that he wishes for this to continue, so he “plans to fund a facility in Charlotte where children can participate in sports and other activities.”

“Kids just need to find more positive ways to better occupy their time. If they do that, everything else will follow suit,” said DaBaby. “Whether it’s sports or if you like doing music, rap, write, recording, do whatever you want to do. Me and the city are turning a new leaf,” said DaBaby. “The government officials now understand I bring more to the table than just music.”

Tags
DaBaby
Ikedichim Chibundu Follow on Twitter June 16, 2022Last Updated: June 16, 2022
Check Also
Close
Back to top button
Close
We use cookies on our website to give you the most relevant experience by remembering your preferences and repeat visits. By clicking “Accept”, you consent to the use of ALL the cookies. In case of sale of your personal information, you may opt out by using the link .
Cookie settingsACCEPT
Manage consent 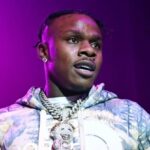 DaBaby Is Organizing A Concert And Carnival In Charlotte, And He Also Speaks Out Against Youth Gun Violence