Demi is no new to entertaining her followers with photos of her in minimal clothing. Demi Rose continued her trend on Tuesday while lounging in the heat in Greece, going topless and wearing nothing but a little gold thong. The 26-year-old model, who displayed her abundant assets in provocative Instagram photos taken by the pool, was guaranteed to raise temperatures.

Demi showed off her jaw-dropping curves in the sexy photos while topping off her tan on her Greek vacation. Before moving her camera to landscape mode to show off her hourglass curves in full, the Birmingham beauty shared a glimpse of her breathtaking surroundings. 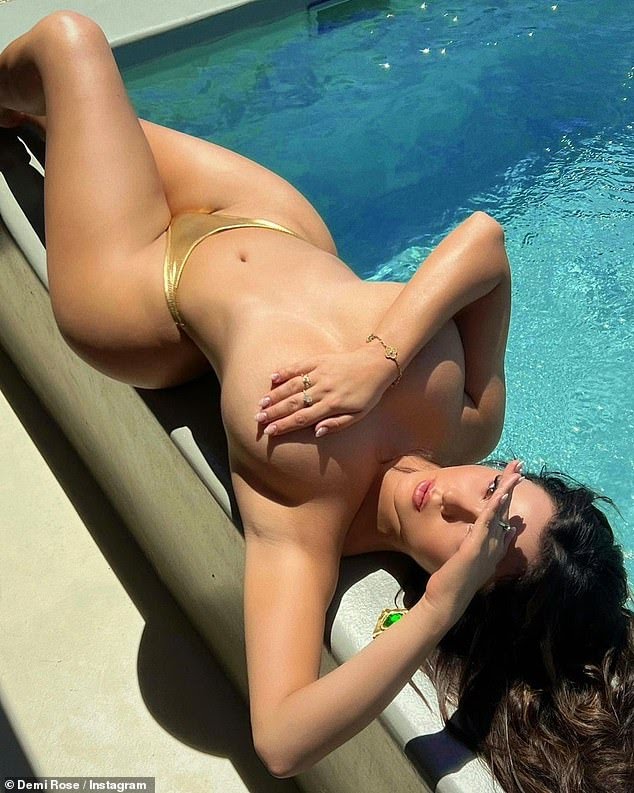 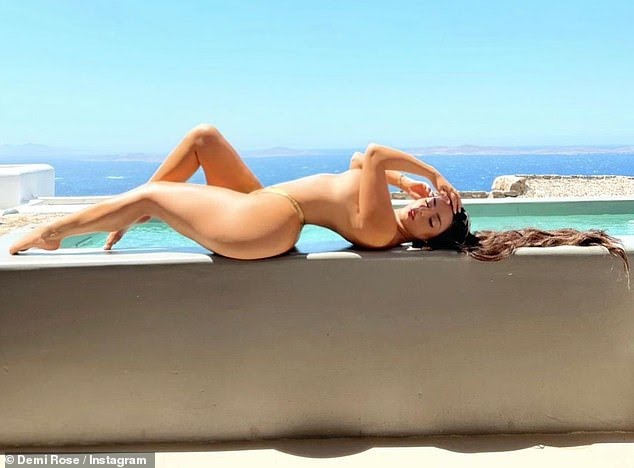 The pictures were released after Demi opened up in a sincere Instagram Q&A about her sexuality and her difficult upbringing. The model, who rose to stardom after dating rapper Tyga, has never openly acknowledged her sexuality but has told her admirers that she is interested in dating women.

When asked “Boys, girls or both?” by a follower, she replied: ‘I went through a phase of liking girls more than guys. Now I’m more into guys. It just depends.’

Tags
Demi Rose
Ikedichim Chibundu Follow on Twitter September 29, 2022Last Updated: September 29, 2022
Check Also
Close
Load more
Back to top button
Close
We use cookies on our website to give you the most relevant experience by remembering your preferences and repeat visits. By clicking “Accept”, you consent to the use of ALL the cookies. In case of sale of your personal information, you may opt out by using the link .
Cookie settingsACCEPT
Manage consent