Drake, like every good father, loves to spend time with his son, and some of those precious moments he often decides to show the world.

After debuting a fresh cornrow hairstyle last week, Drake gave fans another peek of the new look on his Instagram Story — this time sharing a selfie flanked his son Adonis, wearing the same hairdo. In the image, which seems to be a screenshot from a FaceTime call, both Drizzy and his kid are seen sporting the same straight-back braids. 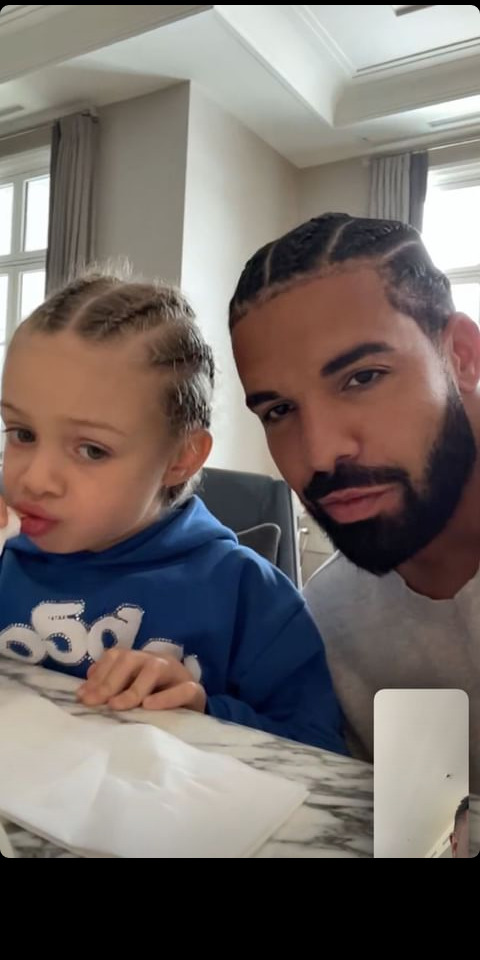 While this would be a new look for the 6 god, the hairstyle is already a signature thing for his son, Adonis, who he co-parents with French artist and former adult film star, Sophie Brussaux, has had his hair styled in cornrows more than once, most recently for his birthday celebration last October, which Drake later shared pictures of.

Drizzy revealed his new cornrow hairstyle on March 11th, sharing hot mirror selfies on his Instagram Story. In one photo, Drake can be seen standing in front of a black marble wall as he takes a shot of himself in a geometric mirror. While carefully holding his phone, he looks down, tilting his head slightly to show off the fresh braids.