You’ve probably heard of the Drizzy’s illustrious OVO Festival this year, where he enlisted Canadian stars like Kardinal Offishall, Keshia Chante, who also happened to be his first girlfriend, and of course, Nelly Furtado, whom he joined on stage for a touching performance of her throwback hit, “I’m Like A Bird.”

Lil Wayne, Nicki Minaj, and Champagne Papi were supposed to organize a Young Money reunion that same weekend, but the eagerly anticipated concert had to be postponed after Drake tested positive for COVID-19.

The event ultimately took place on Saturday, August 6, and some rather well-known people came out to show their support. Among them were Fefe Dobson, a Canadian musician who had success in the early 2000s, and pop punk princess Avril Lavigne, who has just made an astonishing comeback.

Drake captioned a picture of the group posted to his Instagram Story with the words “Dreeeeeamy.” The “Over” rapper wore a flame-covered top layered over a black tee and velour trousers, while the stars wore all-black ensembles to the event. 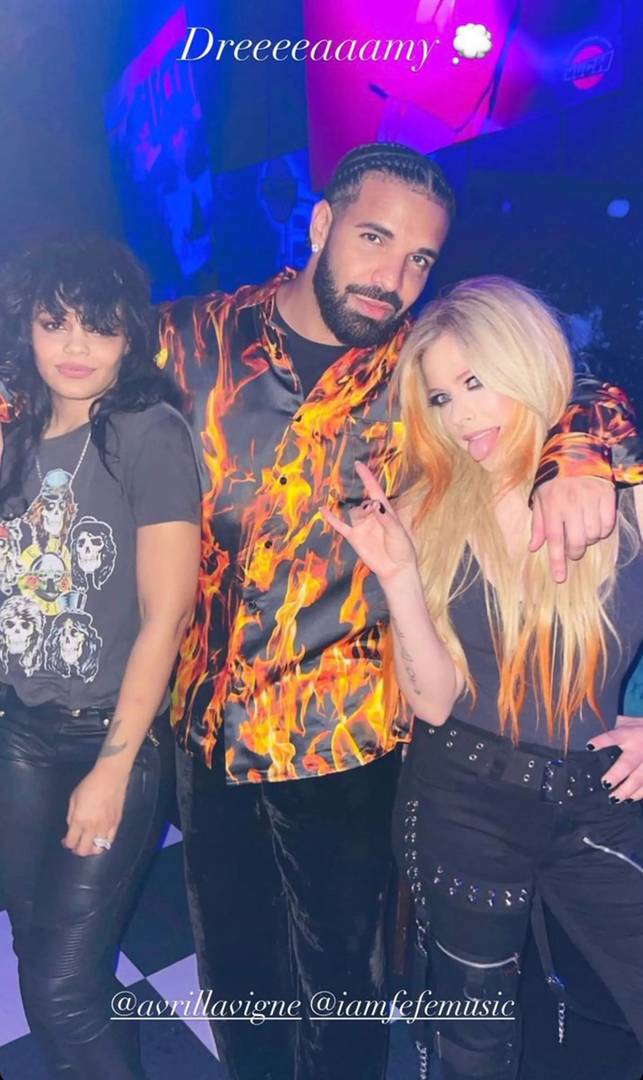 The Scorpion hitmaker has previously shown Lavigne his affection, as Page Six points out. He posted a screenshot of her debut album Let Go earlier this year on his Instagram Story, and in 2013, she said that he had once approached her during a Katy Perry event to express how much her music meant to him.

Tags
Drake
Ikedichim Chibundu Follow on Twitter August 9, 2022Last Updated: August 9, 2022
Check Also
Close
Back to top button
Close
We use cookies on our website to give you the most relevant experience by remembering your preferences and repeat visits. By clicking “Accept”, you consent to the use of ALL the cookies. In case of sale of your personal information, you may opt out by using the link .
Cookie settingsACCEPT
Manage consent