It appears that Joey Bada$$ fans may have to wait a little longer for his next album. It’s been five years since he released ALL-AMERIKKKAN BADA$$, and the rapper’s follow-up was set to drop tonight on digital platforms. On Thursday morning, he announced on Twitter that due to clearance concerns, the release date will have to be pushed back. He has yet to announce a new release date.

“Man I got some terrible news, my album won’t be coming out tonight due to sample clearance issues. Right now, it’s unclear how long I’ll have to postpone it but my hope is no more than 2 weeks. I wanted to have a new date before I told you guys but it’s out of my control,” he wrote in a tweet on Thursday morning. 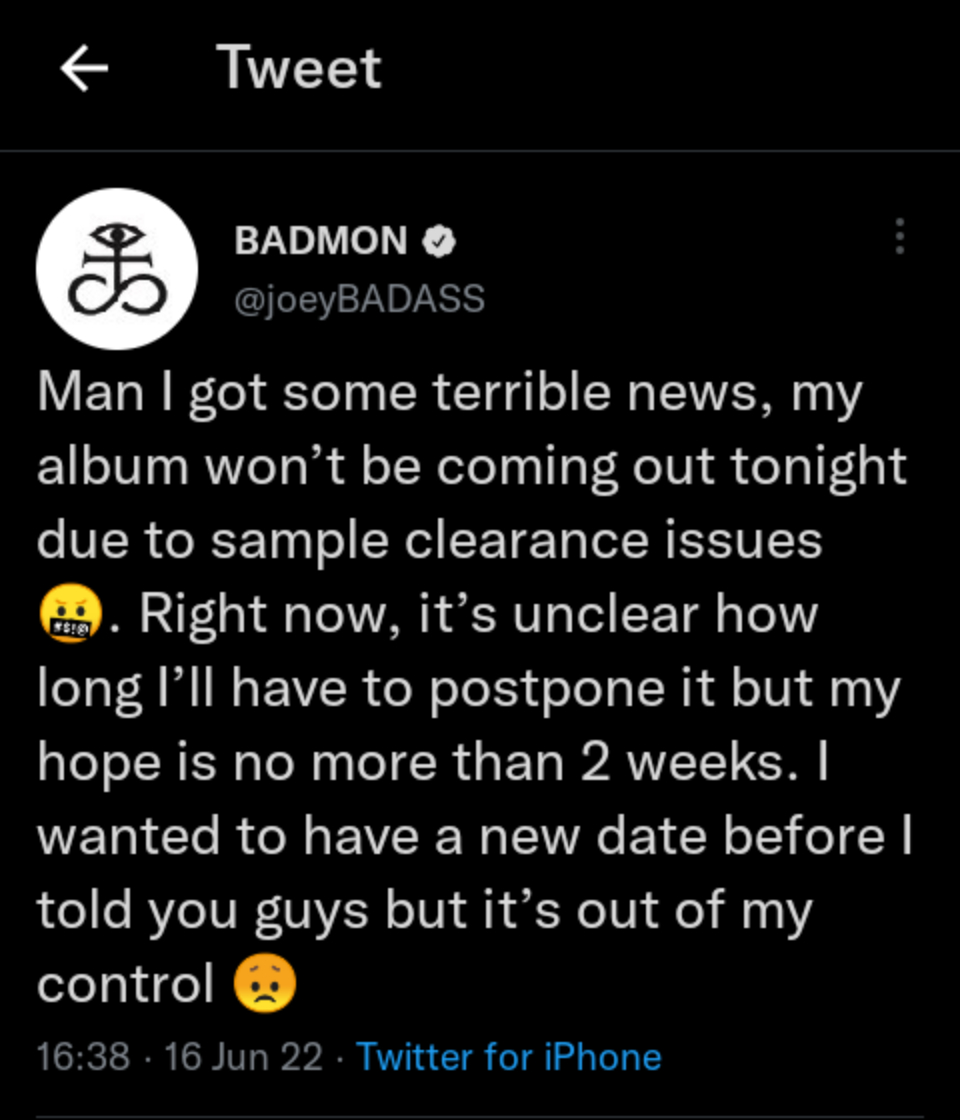 Over the last few months, Joey Bada$$ has been lauding this upcoming project. He announced in early March that Nas had given him his seal of approval after hearing the album from beginning to end for the rap legend.

Since the beginning of the year, Joey has released several new singles, including “The Rev3nge” and “Head High.” He collaborated with Russ on Black Though and Danger Mouse’s new hit, “Because,” earlier this month.

Tags
Joey Bada$$
Ikedichim Chibundu Follow on Twitter June 17, 2022Last Updated: June 17, 2022
Check Also
Close
Back to top button
Close
We use cookies on our website to give you the most relevant experience by remembering your preferences and repeat visits. By clicking “Accept”, you consent to the use of ALL the cookies. In case of sale of your personal information, you may opt out by using the link .
Cookie settingsACCEPT
Manage consent