Fivio Foreign’s upcoming debút studio album, B.I.B.L.E., has been long overdue, but come this Friday, April 8th, all fans will finally feast to their fill. Ahead of the anticipated release, the New York spitter on Monday afternoon went on social media to share the upcoming LP’s tracklist that is packed full with impressive guest features. 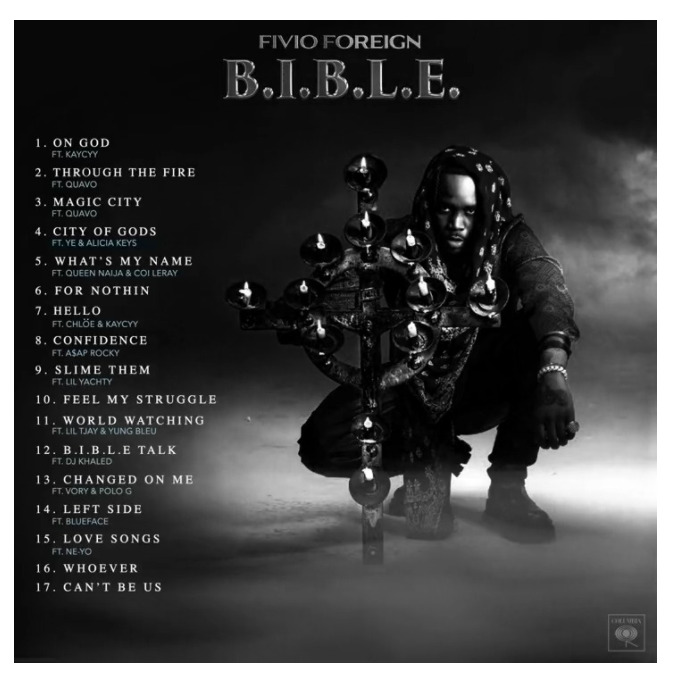 Among the guest acts appearing alongside Fiv are KayCyy, who comes in on “On God,” and again with “Have Mercy” singer, Chlöe, on “Hello.” Quavo also made his contribution by lending his lyrical abilities to two different tracks – “Through The Fire” and “Magic City,” closely followed by “City of Gods,” featuring Ye and Alicia Keys, already put out as one of the lead singles for the upcoming project. 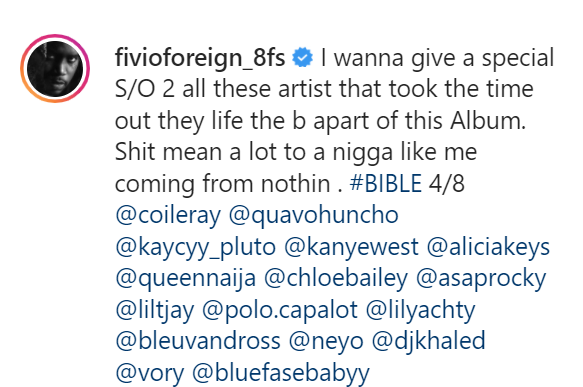 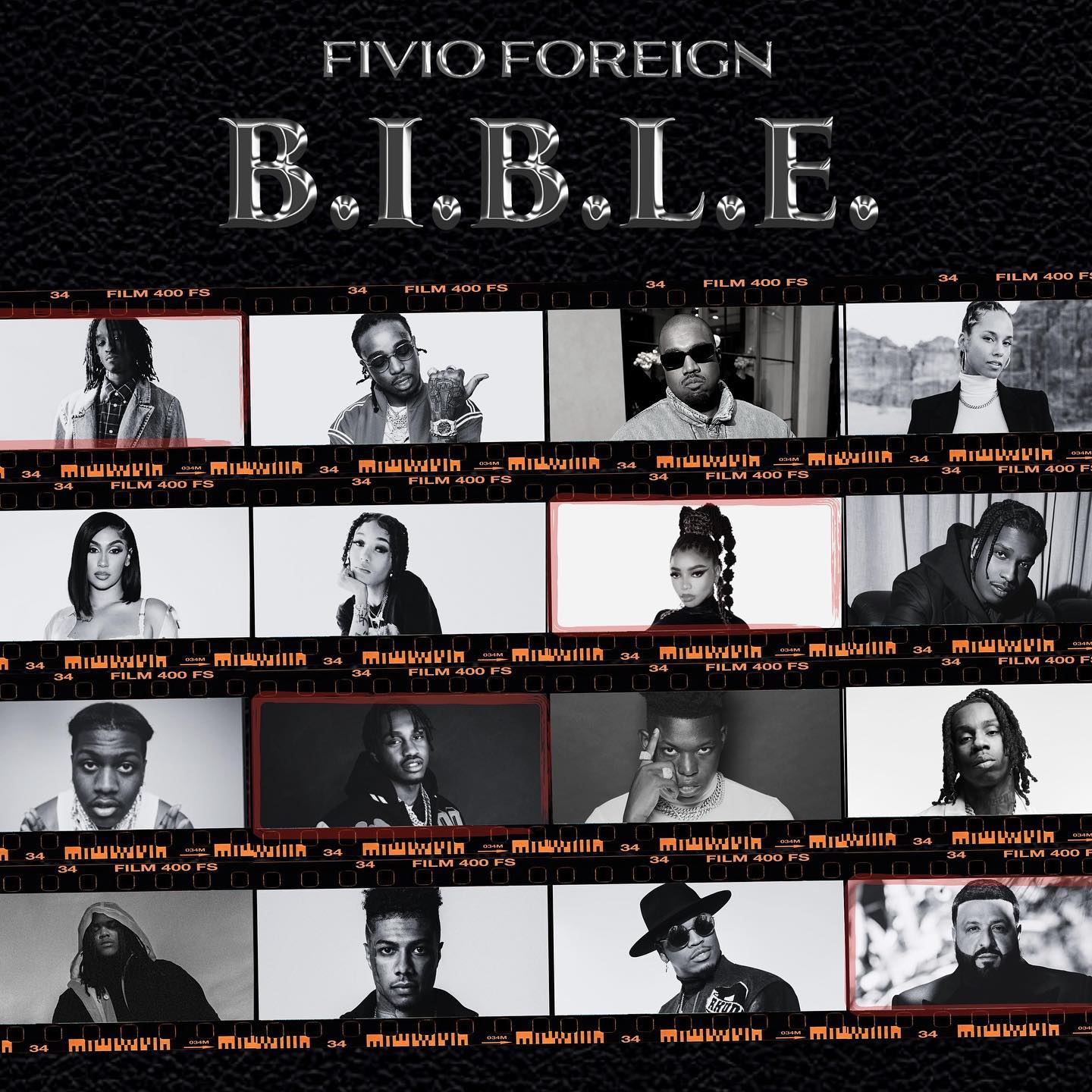 Fivio rose to international recognition after being featured on Ye’s Donda I and II projects. Though an ex-con, sadly, Fivio has been getting all the love from his peers, evident in all those features on the new album that would be available this Friday on all music streaming platforms.

Tags
Fivio Foreign
Ikedichim Chibundu Follow on Twitter April 5, 2022Last Updated: April 5, 2022
Check Also
Close
Back to top button
Close
We use cookies on our website to give you the most relevant experience by remembering your preferences and repeat visits. By clicking “Accept”, you consent to the use of ALL the cookies. In case of sale of your personal information, you may opt out by using the link .
Cookie settingsACCEPT
Manage consent