Gunna is now speaking up.

The “pushin P” rapper is coming out for the first time since being arrested and charged in a 56-count RICO indictment alongside Young Thug and other members of YSL last month. He reflected on the previous six months in a two-page letter he shared on Instagram on his 29th birthday.

“2022 has been one of the best years of my life, despite this difficult situation,” wrote Gunna, who was denied bond and is being held in the Fulton County jail in Georgia. He talked about how his “gift from God” had impacted his life.

Gunna, who has been charged with a single count of conspiracy to violate the RICO Act, has maintained his innocence. “For now, I don’t have my freedom. But I am innocent. I am being falsely accused and will never stop fighting to clear my name!” he stated. 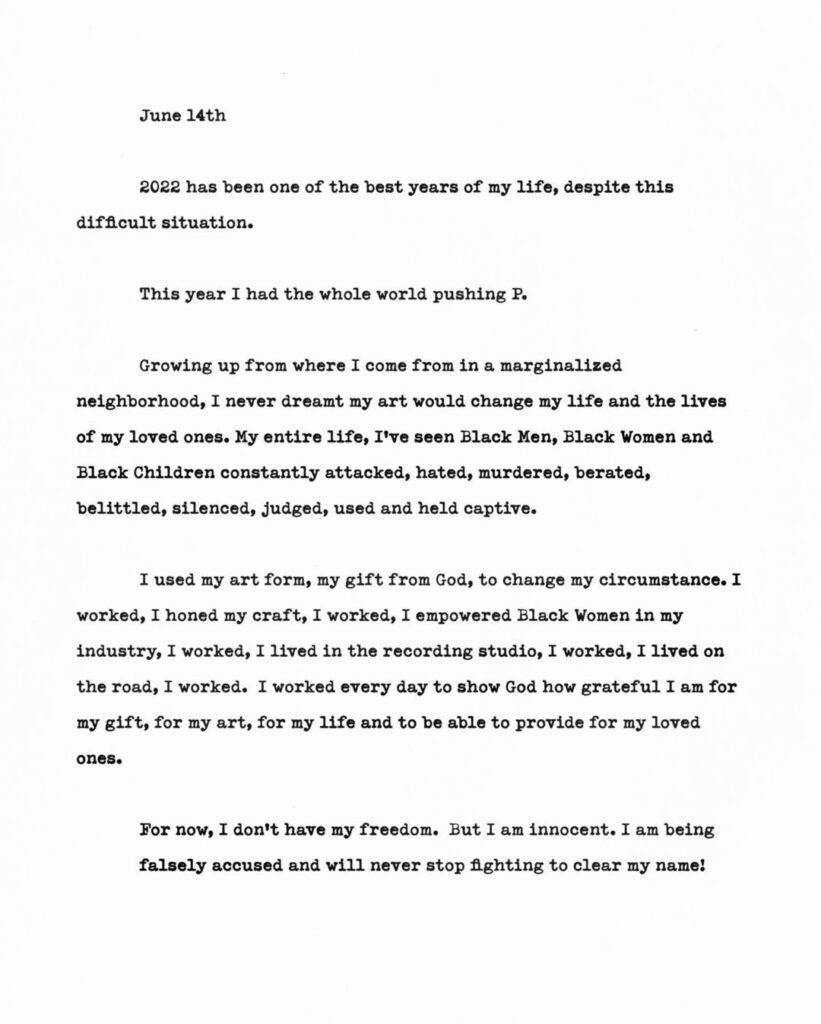 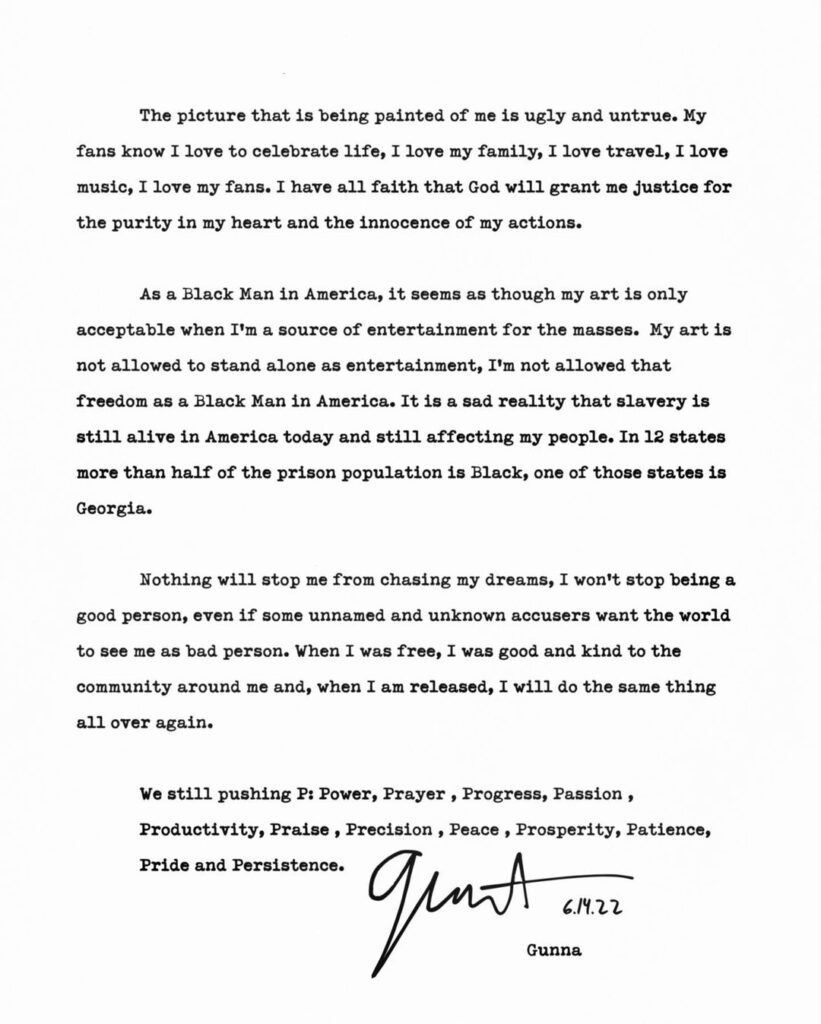