Wack 100 has returned with a few more. He never misses a beat when it comes to using any opportunity to share his thoughts on the industry and everyone involved. The music manager is frequently embroiled in controversy for his fiery—and often unfiltered—takes, and this time, he shared his thoughts on Future’s performance on Clubhouse. Over the weekend, a video of Wack was published on YouTube, but it is unclear when this chat took place.

The tape begins with Wack discussing Southside of the 808 Mafia and his alleged run-ins with Diddy, who has been having an affair with Yung Miami, the mother of Southside’s daughter. The discussion then moved on to Future.

“Why you saying I’m hating on Future? I’m just telling you his music is dreary and same, one-dimensional. I can’t listen or watch that n*gga on no stage for a hour, bro.” “That’s not hate, bro. I don’t think—you gotta understand. I don’t get high. Maybe you gotta be high…”

He pressed on, “We talking about headlining, n*ggas coming behind Busta Rhymes, Future definitely cannot come behind Busta Rhymes’s performance. It’s like from one extreme to the next. Like, Busta gonna have a seizure and aneurism and a heart attack on stage. This n*gga comes up same sh*t.”

Tags
Future Wack 100
Ikedichim Chibundu Follow on Twitter June 7, 2022Last Updated: June 7, 2022
Check Also
Close
Back to top button
Close
We use cookies on our website to give you the most relevant experience by remembering your preferences and repeat visits. By clicking “Accept”, you consent to the use of ALL the cookies. In case of sale of your personal information, you may opt out by using the link .
Cookie settingsACCEPT
Manage consent 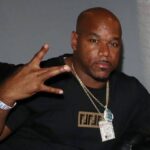 Future’s Music Is Called “Dreary” And “One-Dimensional” By Wack 100: “Maybe You Gotta Be High”