Do You Remember Sally Moore?: https://girlscout.lnk.to/sallymoore 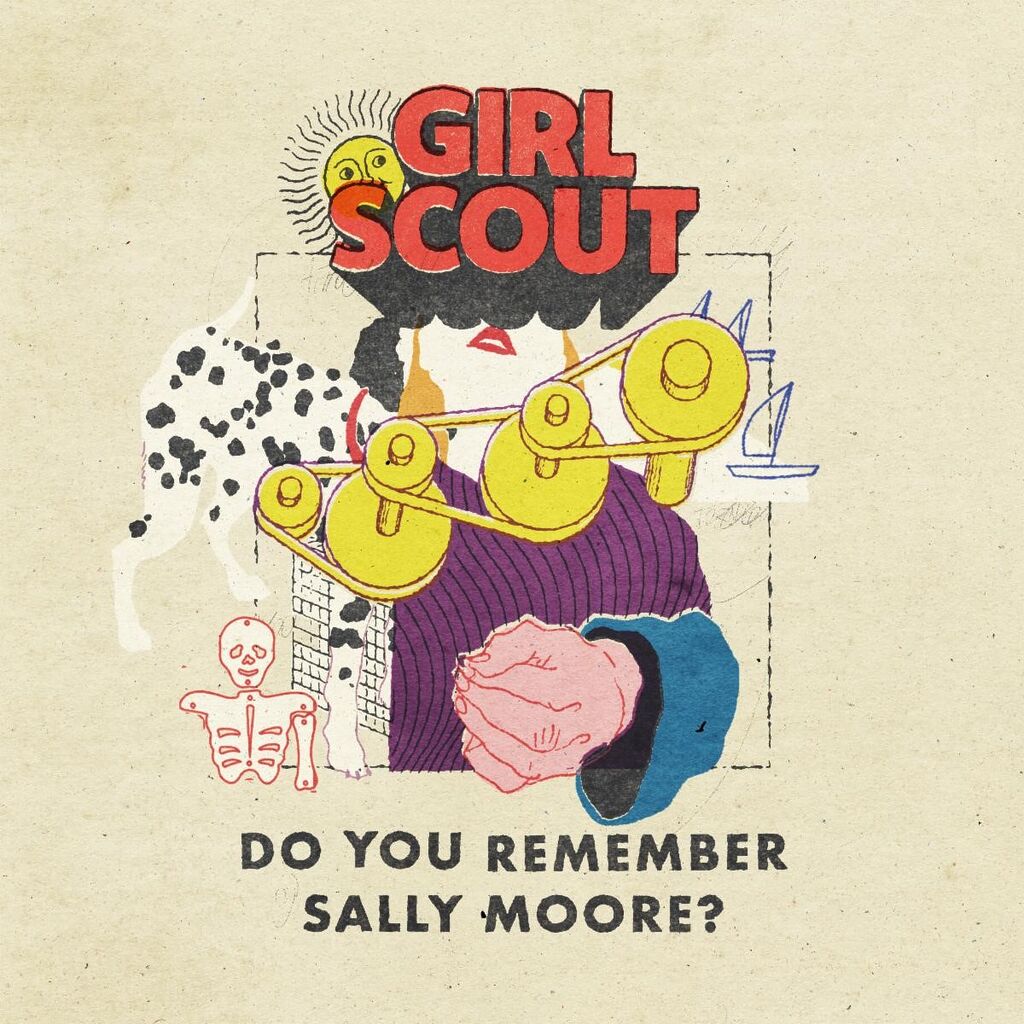 Buoyed by relatable lyrics about lopsided romantic crushes, thumping drums and buzzing guitars that feel as though they could blow a speaker, the track serves as an official introduction to the band: four classically trained jazz musicians with a penchant for the garage rock and brit-pop sounds of the 80s and 90s. Girl Scout has also released a new music video for the song today, which was directed by Martyna Wisniewska. Shot over the past 18 months using vintage Hi-8 tapes, the video captures lo-fi footage of the band’s recent live gigs and backstage high jinks. Out now via Made Records, listen to the “Do You Remember Sally Moore?” and watch the official music video now below.

“Sally was written as a homage to the absolute knockdown experience of going through high school,” says Viktor from the band. “The original idea and overall story was created with visual inspiration from TV shows like ‘Sex Education’ or ‘Stranger Things’, influenced by their portrayal of friendship, humor and overwhelming emotions. Part of the story was co-written with my own best friend from high school, Tobias Ekelund, and our shared experiences and friendship helped fuel the storytelling and emotional connection to the song. Both of us used to fall in love with older, cooler girls, and we’d spend our lunch breaks in the school canteen dreaming about building up the courage to talk to them. Of course in the end we never did, and they had absolutely no idea who we were… So Sally might be a representation of that hopeless yet wonderful one-way street kind of love.”

Comprised of Emma Jansson (guitar, vocals), Evelina Arvidsson Eklind (bass, vocals), Per Lindberg (drums) and Viktor Spasov (guitar), Girl Scout is something of a gang of misfits who met while studying jazz at the Royal College of Music in Stockholm. Whether it was growing up as the only musician in a small remote town, feeling like they were at the bottom of their graduating class, uprooting to different homes throughout a nomadic childhood, or even just struggling to make small talk with customers at their job, each band member found themselves as an outsider at one point in their lives. And yet, without even realizing this thread of commonality — they were drawn to each other at school by-way-of shared musical tastes, and began writing, recording and playing together while being stuck at home in the midst of the pandemic.

Kindred spirits prior to the day they met, the four-piece’s spark has led to a style of music that fearlessly grapples with the brutal social challenges that life throws at you. Like a late night conversation with a tight-knit group of friends, Girl Scout’s songs reflect on the cringe-worthy moments we all endure in everyday life through a lens of poignancy and humor, from awkward social interactions to fitting in, anxiety, one-sided romantic crushes, and even just remembering how to be a functioning person. Essentially, the 101’s of being a human. Their music explores these life experiences that everyone can relate to, but in a way that shows how they can be defined and conquered by the friends you go through them with.

Now on the heels of opening for breakout UK singer–songwriter Holly Humberstone and performing a coveted set at Barn on the Farm festival in June, the band will continue playing shows across Europe this fall as they ready their debut EP coming soon via Made Records.

Tags
Girl Scout
Ayodeji Ibrahim Lateef Follow on Twitter September 21, 2022Last Updated: September 21, 2022
Check Also
Close
Load more
Back to top button
Close
We use cookies on our website to give you the most relevant experience by remembering your preferences and repeat visits. By clicking “Accept”, you consent to the use of ALL the cookies. In case of sale of your personal information, you may opt out by using the link .
Cookie settingsACCEPT
Manage consent