The Ethan Martinez produced track is built on the melodic West Coast style of past hits like his 2020 breakout “Tooka,” which has amassed over 3.2 million video views. “Top Tier” is set to appear on Dev’s forthcoming project Chilli Mon$taa.

The follow-up to “Kill Time” (an intoxicating banger that premiered in June alongside its DIY-inspired video), “Top Tier” sets Dev’s earworm melodies and one-of-a-kind, twang-like delivery against a smooth backdrop of heavy bass and jackhammer beats. After immediately commanding attention with the track’s opening lyric (“You scared of heights? Let’s face your fears”), Dev dominates every line with his masterful wordplay and effortless confidence (e.g., “With me everything feel like magic/With me better think before your actions”). 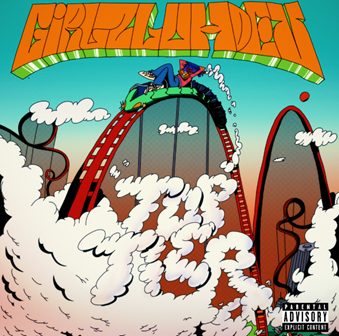 Directed by Shotbylate, the video for “Top Tier” captures Dev in his natural environment and perfectly amplifies the track’s supremely laid-back energy. Whether he’s lingering on the balcony of a city high-rise or holding court at a party, Dev lights up the screen with his mellowed-out and magnetic presence.

With nearly 88 million streams to date, Dev brings both unstoppable lyrical skills and phenomenal versatility to everything he creates. Along with “Tooka” — the viral hit that launched him to the national stage and landed him a deal with Capitol — his hot streak of singles includes “Sorry for Lackin,” “Leg or Arm,” the pounding “Gas Me Up,” and the somber “Dead Bro.” Due out later this year, Chilli Mon$taa will feature both “Top Tier” and “Kill Time,” in addition to other brand-new tracks cementing his status as one of hip-hop’s rising stars.

Tags
Girlzluhdev
Ayodeji Ibrahim Lateef Follow on Twitter August 12, 2022Last Updated: August 12, 2022
Check Also
Close
Back to top button
Close
We use cookies on our website to give you the most relevant experience by remembering your preferences and repeat visits. By clicking “Accept”, you consent to the use of ALL the cookies. In case of sale of your personal information, you may opt out by using the link .
Cookie settingsACCEPT
Manage consent