It sets the stage for the arrival of her highly anticipated new project The Single Life, landing tonight at 12am ET/9pm PT. 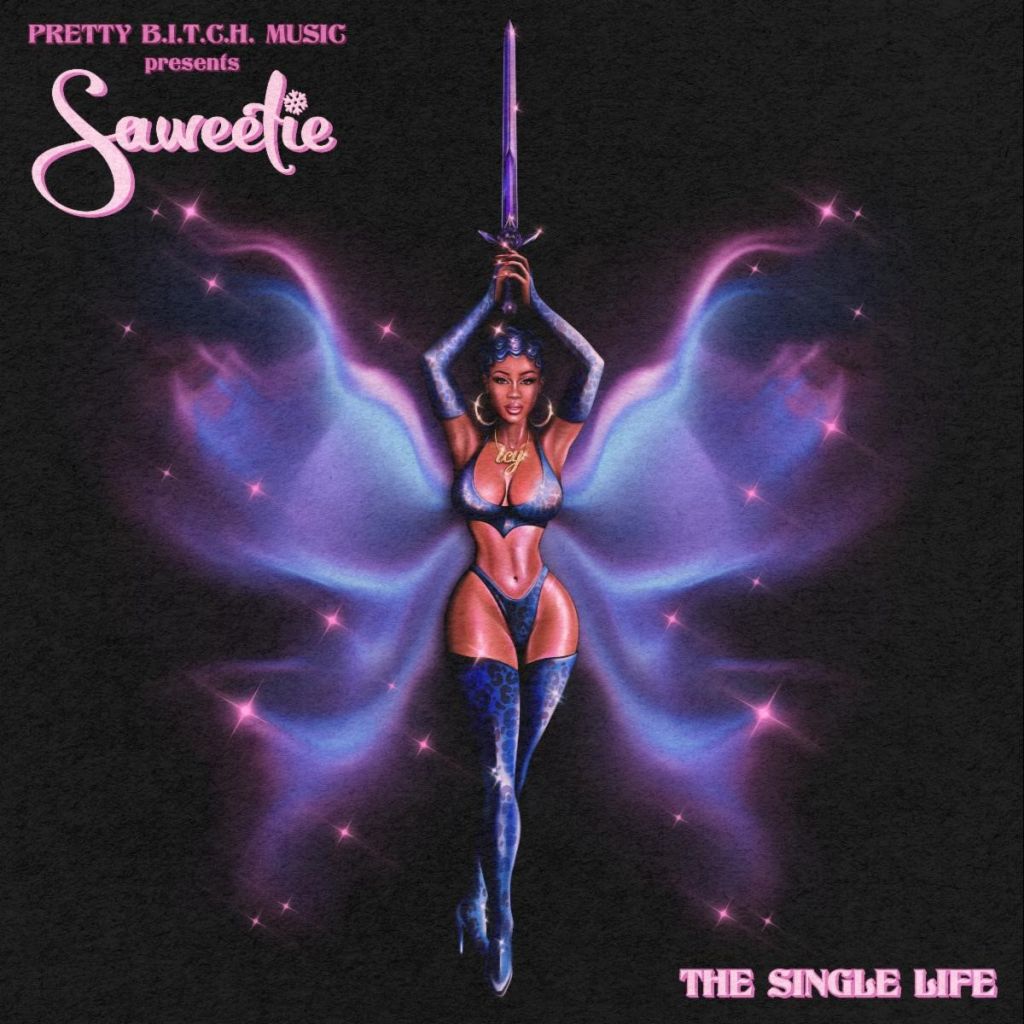 The track’s bass line thumps as Saweetie leans into the production by 1500 Or Nothin with bold, blunt, and bossed-up bars. Unafraid to get raw, she blasts big mouth exes, but also accepts, “That’s what I get for kissin’ on these frogs. He got mad and told my business to the blogs.”

The Single Life finds Saweetie at another level altogether. On songs like the track “HANDLE MY TRUTH,” she opens up honestly about being a single woman—but with a sense of newfound pride evidenced tenfold on the empowerment anthem “BO$$ CHICK.” She owns her past without dwelling on it, and flexes her female power like never before, especially on the provocative and punchy, “P.U.S.S.Y. (Powerful, Utopia, Supreme, Sacred, Yummy).” Check out the full tracklisting below.

This week, Saweetie kicked off Champion’s inaugural nationwide “Hoodie Swap.” She rolled up to her local Champion Heritage Store in Los Angeles and traded in a preowned hoodie for a brand-new Champion hoodie. While at the store, she also previewed music from The Single Life for a packed crowd. Just like Saweetie, fans nationwide may “Hoodie Swap” for FREE at Champion stores and outlets across the country. For more information visit: shorturl.at/jkL79

Over the weekend, Saweetie delivered the keynote address at the Teen Vogue Summit & Block Party in Los Angeles and said that “NO RECEPTION” will address “everything that’s been in the media about her this year.” View a re-cap: https://tinyurl.com/2p8h7upn

Saweetie’s unapologetically living The Single Life and giving us a glimpse of it. With new music and a new outlook, she sets the stage for her debut album Pretty Bitch Music next year.

Tags
Saweetie
Ayodeji Ibrahim Lateef Follow on Twitter November 17, 2022Last Updated: November 17, 2022
Check Also
Close
Back to top button
Close
We use cookies on our website to give you the most relevant experience by remembering your preferences and repeat visits. By clicking “Accept”, you consent to the use of ALL the cookies. In case of sale of your personal information, you may opt out by using the link .
Cookie settingsACCEPT
Manage consent