A star on the Hollywood Walk Of Fame is a dream for most, and singer Chris Brown isn’t opposed to one day having his own star on the famous walk.

So he decided to ask his fans whether he deserved his own star on that iconic walk. He asked the question on his Instagram stories, so it is impossible to say what direct responses were. The story has since disappeared, but screenshots of them are still circulating online, from Facebook to Twitter/

DJ Akademiks shared the screenshot on his Instagram page, and many Chris Brown fans responded on the page. The reactions were mostly positive. 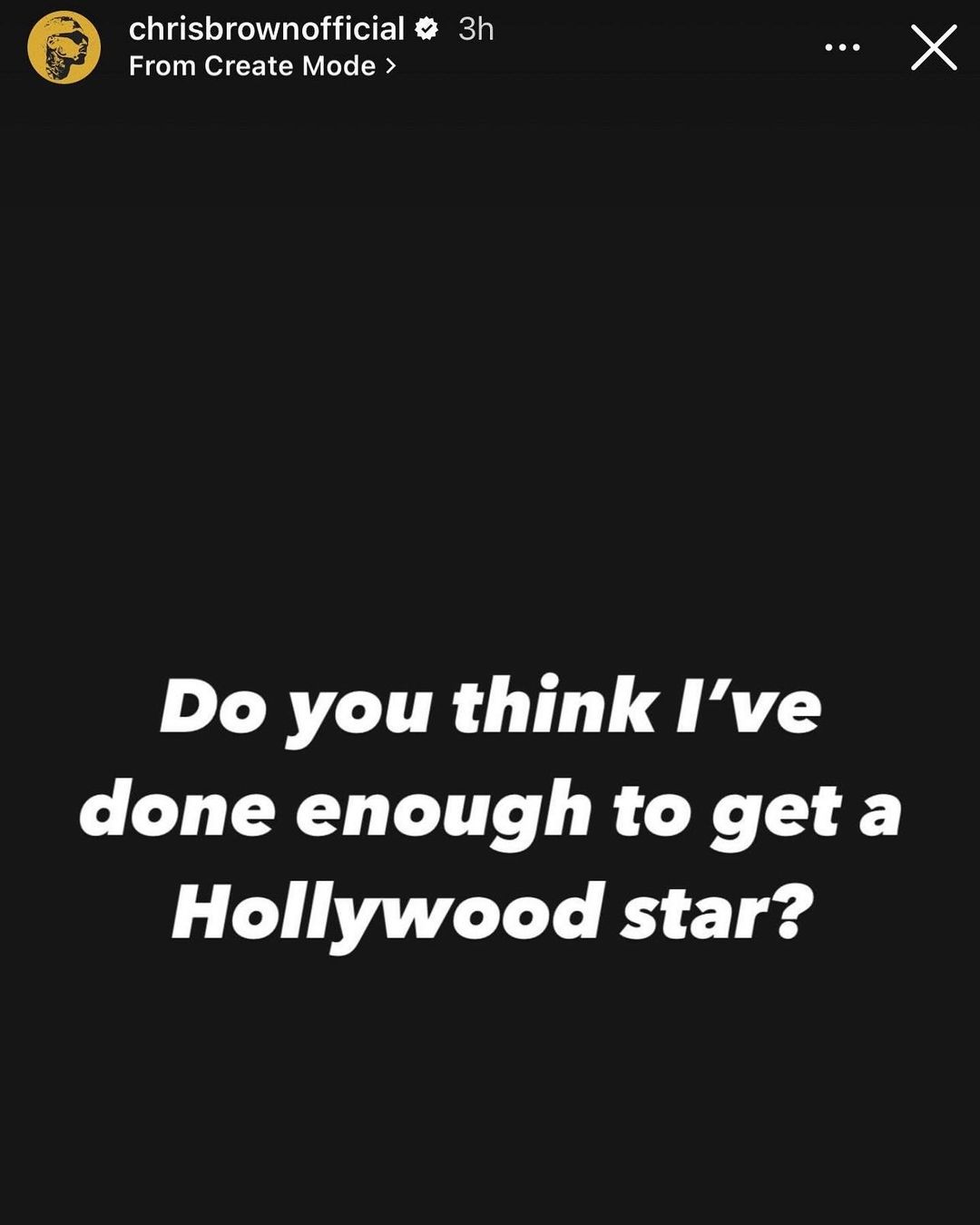 On Twitter, some of his fans were aghast that the songster hadn’t gotten a star in his memory already. One fan thinks that Breezy not getting a star is disrespectful. Another wondered why the songster hadn’t made it to the walk for the past decade, although he was deserving. And yet another said it is crazy that Nipsey Hussle got the star and Chris Brown hasn’t. You can check out some of the comments below. 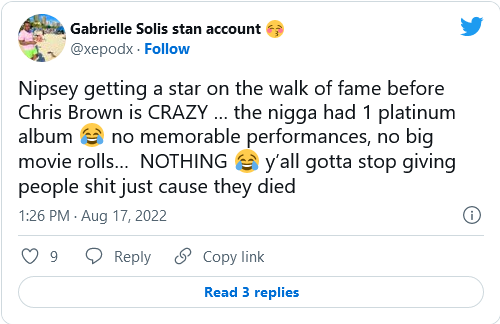 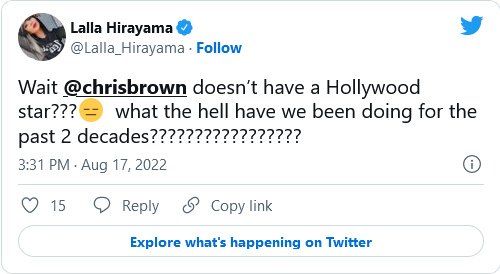 It remains to be seen if Breezy eventually gets his star on the Hollywood Walk of Fame after this. Watch out.

Tags
Chris Brown
John Anusie Follow on Twitter August 18, 2022Last Updated: August 18, 2022
Check Also
Close
Back to top button
Close
We use cookies on our website to give you the most relevant experience by remembering your preferences and repeat visits. By clicking “Accept”, you consent to the use of ALL the cookies. In case of sale of your personal information, you may opt out by using the link .
Cookie settingsACCEPT
Manage consent