Look out for new music in the coming weeks from the likes of DM Stith (Sufjan Stevens, My Brightest Diamond), Steve Salett (Poison Tree, King of France), Josh Kaufman (Bonny Light Horseman, Muzz) and Emanuel Ayvas (Emanuel and the Fear).

The label’s first release will be DM Stith’s stunning cover of the REM classic “Man On The Moon,” available on all DSPs starting October 14. 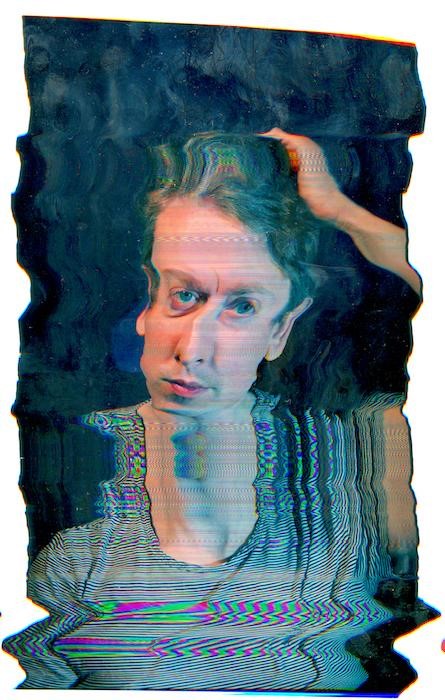 A singer-songwriter and visual artist currently living in upstate NY, Stith has explored his expressive vocal range on a variety of projects including two solo albums (Heavy Ghost and Pigeonheart), a full album collaboration with John Mark Lapham of The Earlies (The Revival Hour’s Scorpio Little Devil), two orchestral song cycles with NYC based composers Sarah Kirkland Snider (Unremembered) and Judd Greenstein (My City), and a slew of collaborations with Son Lux, My Brightest Diamond, Anna B Savage, and Sufjan Stevens. DM is currently scoring a feature full-length documentary by director Frederic Tcheng (Dior and I).

As a visual artist, Stith follows the same roaming interior curiosity through pencil, ink and watercolor, forming maps of an intriguing austere topography. His work has been featured on grammy award winning albums by Roomful of Teeth, the Pulitzer Prize winning Partita for Voices by Caroline Shaw, as well as albums by Tyshawn Sorey, Nadine Shah, Mary Halvorson, Glenn Kotche, So Percussion, JFDR, and the Aizuri Quartet. As a designer, Stith’s hands have been involved in many exhibitions at the Metropolitan Museum of Art in NYC.

Steve Salett is a song-writer, producer, and musical advisor whose work has been praised as “Picturesque songs about the broken-hearted” (BrooklynVegan). From early work in The Kelley Deal 6000 and Deformo to the pop stylings of The King of France and heartbreak of The Poison Tree, Salett has honed a songwriting craft steeped in authenticity. His work for media includes the score for the film “Familiar Strangers”, co-writing the score for film musical “Becks”, winner of Best Film, US Fiction at the 2017 LA Film Festival, and “Accidental Duet” winner of the first ever Cannes Gold Lion for music. A believer in musical community building, Salett runs Reservoir Studios in Manhattan and the Saltmines studio complex in DUMBO, Brooklyn. With the founding of Historical Fiction Records, Salett hopes to continue to support exciting and creative musicians by constantly striving to answer the question “What if?”.

Josh Kaufman is a multi-instrumentalist, songwriter, arranger and producer best known for his work with Grateful Dead founder Bob Weir, The National, This Is The Kit, Hiss Golden Messenger, Josh Ritter, Craig Finn, The Hold Steady and The War on Drugs. He is a member of the groups Muzz and Bonny Light Horseman.

Emanuel Ayvas is a composer, songwriter, multi-instrumentalist, and producer. his music spans various styles and genres — from chamber pop with his band emanuel and the fear, synth psych-rock with his band pale ramon, and experimental noise music with his group ayvas and baller. In October of 2021, Ayvas started a project releasing a new single every week for a year that will reach completion this fall with what will be almost 60 new singles. As the last singles are coming out, he and historical fiction records will officially release via romana, an album of solo piano pieces, which will be his second official release as a solo artist. His first, talk about the weather makes me happy, was released in the spring of 2022.

Tags
DM Stith Josh Kaufman Steve Salett
Ayodeji Ibrahim Lateef Follow on Twitter September 27, 2022Last Updated: September 27, 2022
Check Also
Close
Back to top button
Close
We use cookies on our website to give you the most relevant experience by remembering your preferences and repeat visits. By clicking “Accept”, you consent to the use of ALL the cookies. In case of sale of your personal information, you may opt out by using the link .
Cookie settingsACCEPT
Manage consent