Toronto trio notfortheo have shared their first track today, “just a little bit”, premiering earlier as Zane Lowe’s “World First” on Apple Music.” As heard on the show from the team, “the first time I heard this, I was like… I need this. I need this now”….“so gassed on this trio.. they are gonna just blow” …“a modern day hippy-potamus vibe to it.” Listen HERE:https://music.apple.com/us/curator/the-zane-lowe-show/990050553 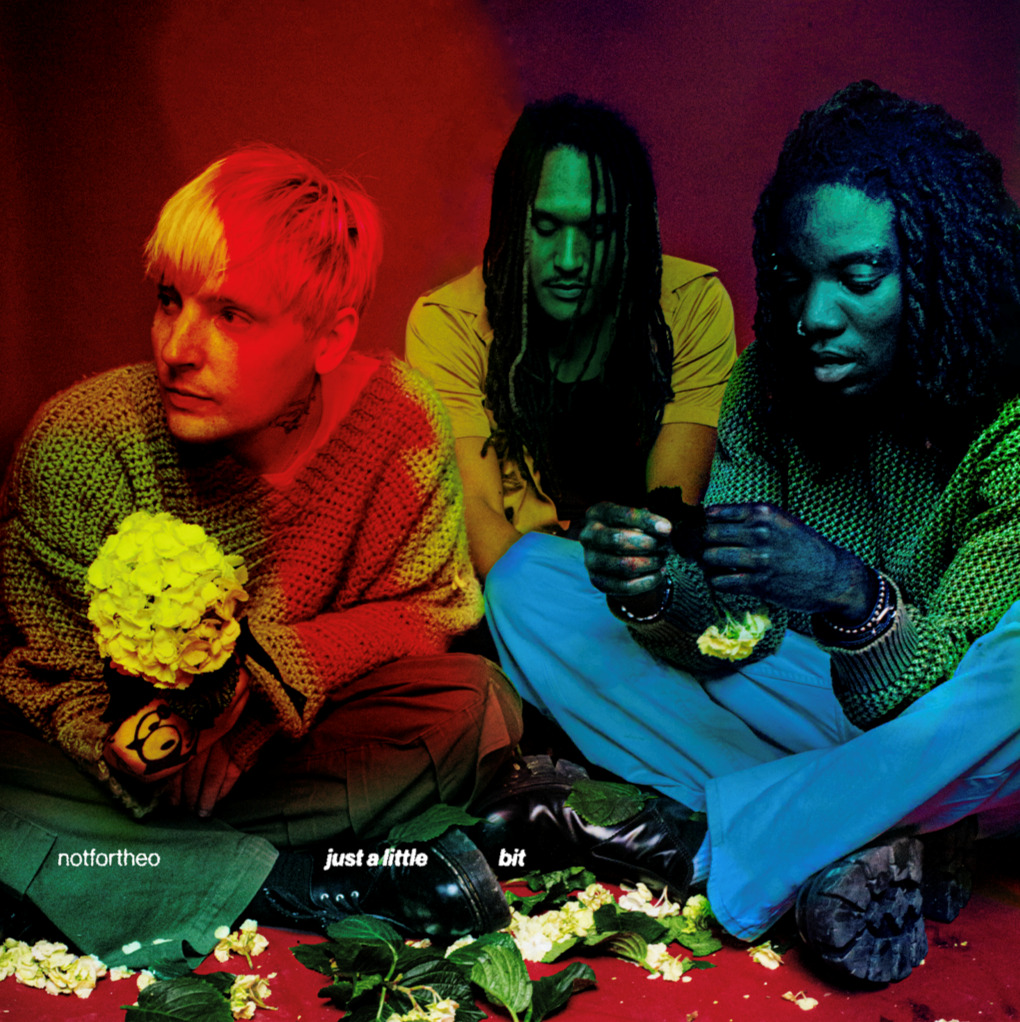 Co-produced by CAMP.30, “just a little bit,” is an easy groove, synth-pop offering, imbued with a hazy psych-driven ether. Beyond the vibrant overtones, however, lies a darker, more profound message revolving around the bands’ struggles with circumstances brought about by the global pandemic. More specifically, the band is attempting to draw attention to the addiction, psychosis, and technology burnout found at alarming rates among today’s youth. The accompanying visual, a lo-fi offering portraying a young group’s travels through a tropical country, captures the unsettling feeling of alienated self-indulgence that underlies the group’s music. On the track’s message, the band note ”(the song) is a powerful declaration of entering a hedonistic lifestyle to combat the mundane loneliness of days spent in isolation during the pandemic.”

Composed of Khalede Russell, Jonathan Kennedy Rogers and Aaron Watkins, notfortheo was born out of a mutual passion for musical experimentation and the trio’s shared experiences with upbringings in Toronto’s diverse music scene. Although today marks their first release, the band already boasts an impressive resume marked by collaborations with names like XO, Nav & 2 Chainz and contributions to projects across Canada, The US, Europe, and South America. Late nights shared between Russell and Rogers, the pair of them exchanging music ideas until dawn, planted the seed for the initial formation of the band. With the eventual addition of Watkins, a steady fixture in the Toronto production scene with a great feel for R&B, they knew they had something special and began working right away. Stay tuned for more from notforthe.

LISTEN TO “JUST A LITTLE BIT”

WATCH THE VISUAL FOR “JUST A LITTLE BIT”

Tags
Notfortheo
Ayodeji Ibrahim Lateef Follow on Twitter August 15, 2022Last Updated: August 15, 2022
Back to top button
Close
We use cookies on our website to give you the most relevant experience by remembering your preferences and repeat visits. By clicking “Accept”, you consent to the use of ALL the cookies. In case of sale of your personal information, you may opt out by using the link .
Cookie settingsACCEPT
Manage consent