Irene Cara, an Oscar and Grammy winner best remembered for writing the early 1980s theme songs for “Fame” and “Flashdance,” has passed away, according to her publicist. She was 63.

“Please share your thoughts and memories of Irene,” wrote Judith Moose in a tweet that announced the singer’s demise. “I’ll be reading each and every one of them and know she’ll be smiling from Heaven. She adored her fans. She was a beautifully gifted soul whose legacy will live forever through her music and films.”

Cara passed away at home in Florida. Moose stated that there is no known cause of death. Prior to playing a teen in the films “Aaron Loves Angela” and “Sparkle,” Cara made an appearance on the TV show “Electric Company” when she was younger.

Her big break came in the 1980 musical “Fame,” which was about the High School for Performing Arts in New York. She played Coco Hernandez. The title track from the film and the ballad “Out Here on My Own” were both hits for her. She received nominations for two Grammy Awards and a Golden Globe that year.

Three years later, “Flashdance… What a Feeling,” another radio hit for which Cara co-wrote the lyrics, was released. For this song, she won an Oscar for Best Original Song and a Grammy for Best Pop Vocal Performance, Female.

She has had several other successful songs, such as “Why Me” and “Breakdance.” Additionally, she appeared in films like “City Heat” with Clint Eastwood and Burt Reynolds, “D.C. Cab” with Mr. T, and “Certain Fury” with Tatum O’Neal.

Tags
Irene Cara
Ikedichim Chibundu Follow on Twitter November 27, 2022Last Updated: November 27, 2022
Back to top button
Close
We use cookies on our website to give you the most relevant experience by remembering your preferences and repeat visits. By clicking “Accept”, you consent to the use of ALL the cookies. In case of sale of your personal information, you may opt out by using the link .
Cookie settingsACCEPT
Manage consent 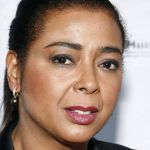 Irene Cara, The ’80s Pop Icon Who Wrote The Theme Songs For “Fame” And “Flashdance,” Has Passed Away At Age 63