Thousands of Zendaya fans have been ‘Krissed’ after believing an online claim that she is expecting Tom Holland’s child. A popular trend on TikTok fooled consumers, resulting in a flurry of memes and jokes on Twitter, with many individuals falling for the ruse. The rumor turned Zendaya into a trending topic.

People are getting #Krissed on TikTok after phony tales about Spider-Man: No Way Home co-stars Zendaya and Holland are shared, before Kris Jenner appears on screen to taunt the viewer and declare the story is a fraud. Even when the reports were proven to be false, some users on Twitter continued to believe them.

Twitter users interacted with tens of thousands of tweets questioning, “Wait, Zendaya is pregnant?” “I need to know who’s y’all sources because why is everybody on the [timeline] saying this,” @kirawontmiss replied to their tweet.

On Twitter, @ZERONlUM stated, “Somebody screamed ‘Zendaya is pregnant,’ and 20 [people] fell to their knees.” The comment was liked by almost 63,000 people, and it received thousands more comments and retweets. @ihyjuju tweeted separately to continue the joke: “zendaya PREGNANT?? i just fell to my knees in a Walmart.”

People had reactions to the “news” on Twitter, bearing phony congrats for the Dune actress, along with videos showing their true emotions—usually despair or fury.

streets telling me zendaya pregnant? happy for her fr👍🏾👍🏾👍🏾👍🏾👍🏾 pic.twitter.com/MV4sdUNcHD 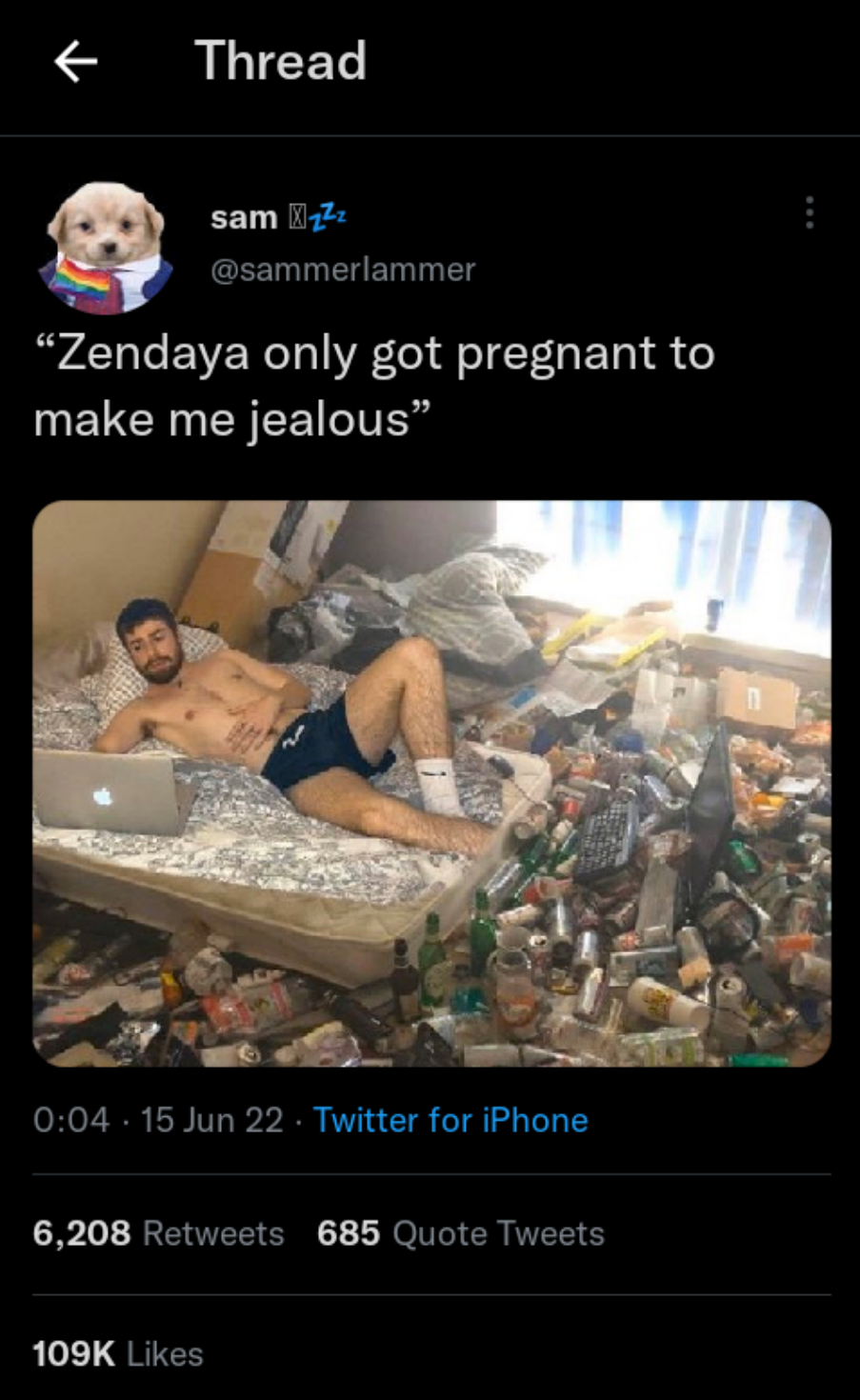