Jimin has now been confirmed to be the fourth member of the Korean boy band, BTS, to have come down with the COVID-19 virus.

Right after RM, Jin, and Suga, Jimin stood next in line. Although earlier last month, word from the BTS camp revealed that the three previously affected members of the boy band had been responded well to treatment and had made a full recovery. But that was before last Sunday, January 30th, when Jimin had to go to the hospital after suffering from a sudden abdominal pain that came alongside a mild sore throat.

He tested positive for COVID-19 and then underwent an appendicitis surgery procedure. The surgery turned out fine. A statement was released—one probably from his team. “The surgery was successful, and Jimin is currently recuperating after his procedure,” a statement added that he was making a “speedy recovery” from his COVID-19 infection. 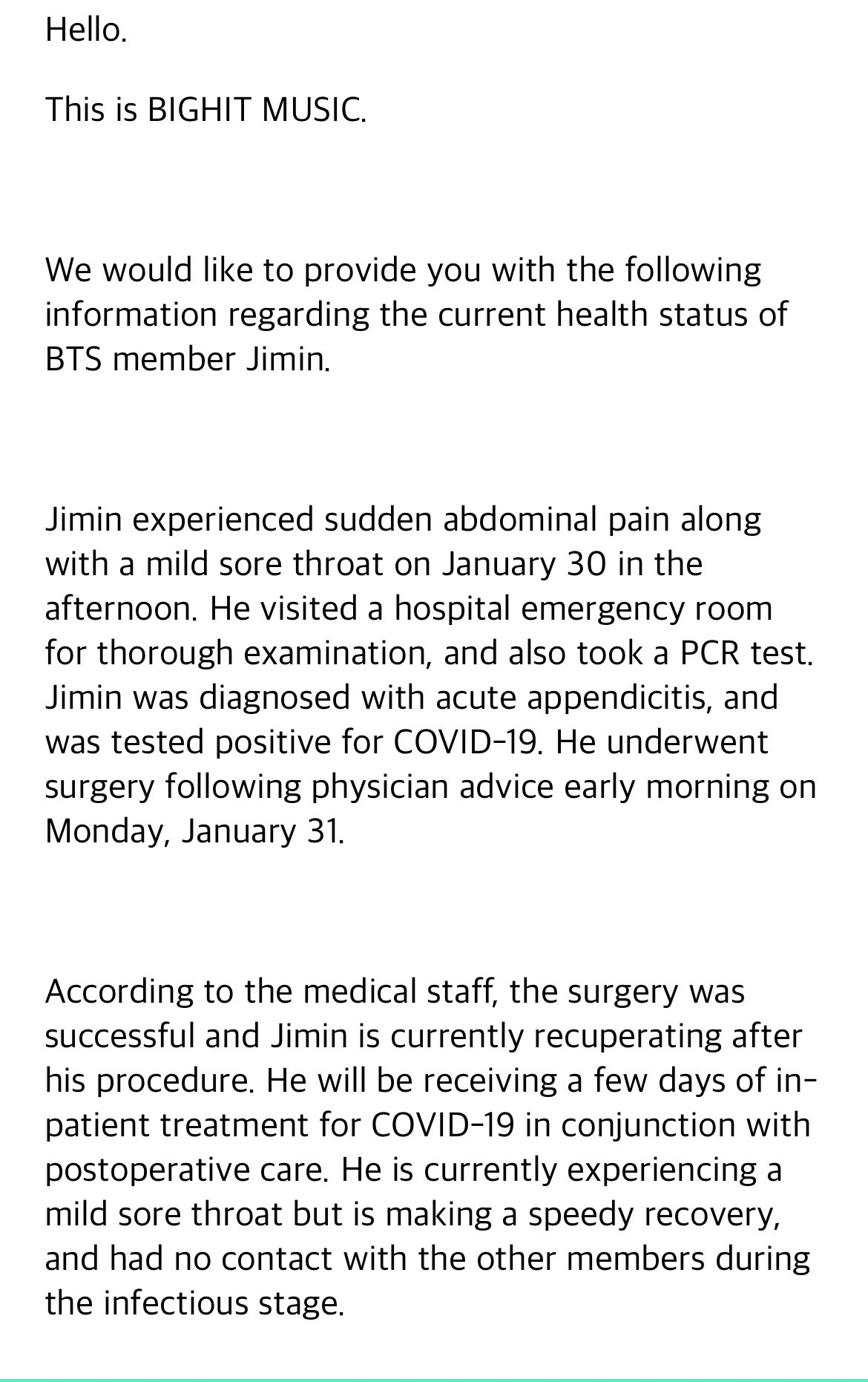 The boy band is on an extended and much-needed break as of now. So they could use some rest and unwinding. This would be the first time since 2019 after four sold-out headline shows at the magnificent Sofi stadium in LA. They also showed up for iHeartRadio’s Jungle Ball Tour in 2021. They also have new music and some other plans in the works.