Joe Budden has gravely infuriated the BTS Army after a firing off a series of comments on this week’s episode of his podcast, “We Can’t Lose,” where he recapped Sunday’s Grammys, offering up his candid feels about K-pop superstars, BTS.

Like that wasn’t enough damage, Budden moved on to rub in some xenophobia when he mistook the South Korean boy band for Chinese. “I know they big, I know it’s China, I don’t wanna see it,” he said before being corrected by co-host Parks Vallely, informing Joe that BTS actually hailed from South Korea. “I don’t want to see Korean-Sync,” Budden doubled-down, cracking up at his dead joke.

Here’s the clip if you want to check it out

Joe Budden says he hate BTS and mistakes The group for being from China, but instead the group is from Korea. Joe seems to dislike BTS for no reason.#joebudden #BTS #Grammys pic.twitter.com/wh0qNEmKDG

However, BTS fans, as expected, ate Budden up on Twitter. Have a look at some of their angry reactions below. 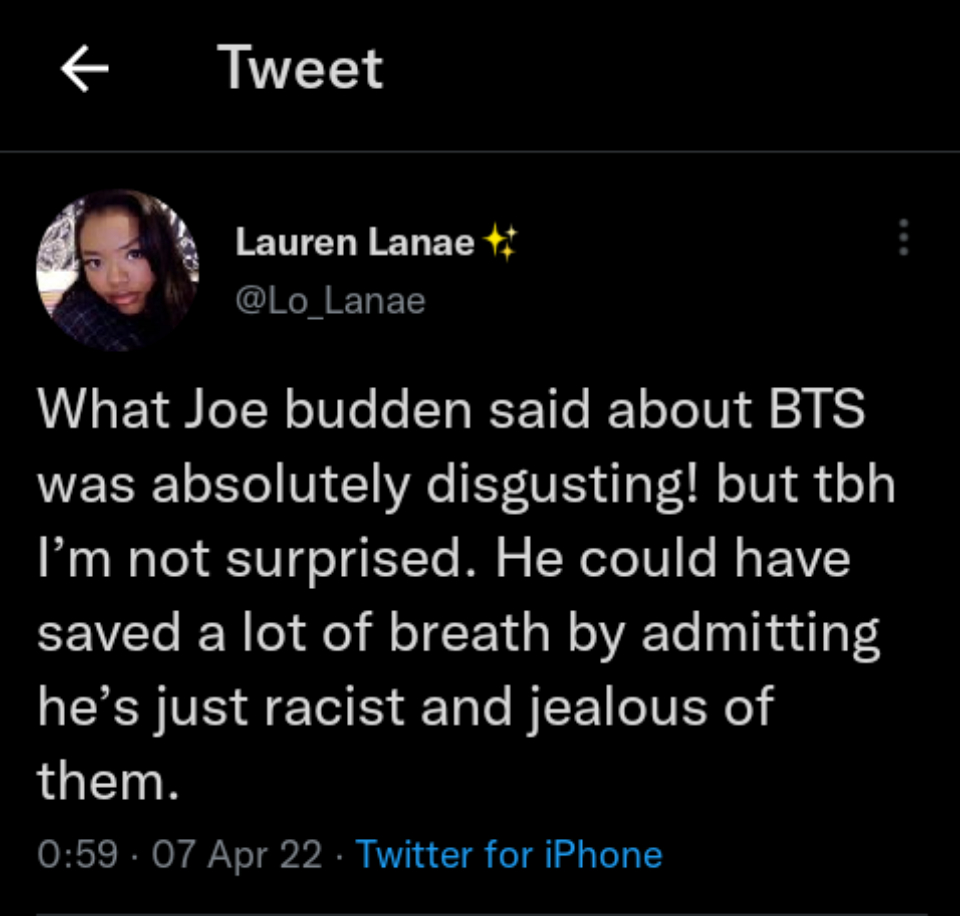 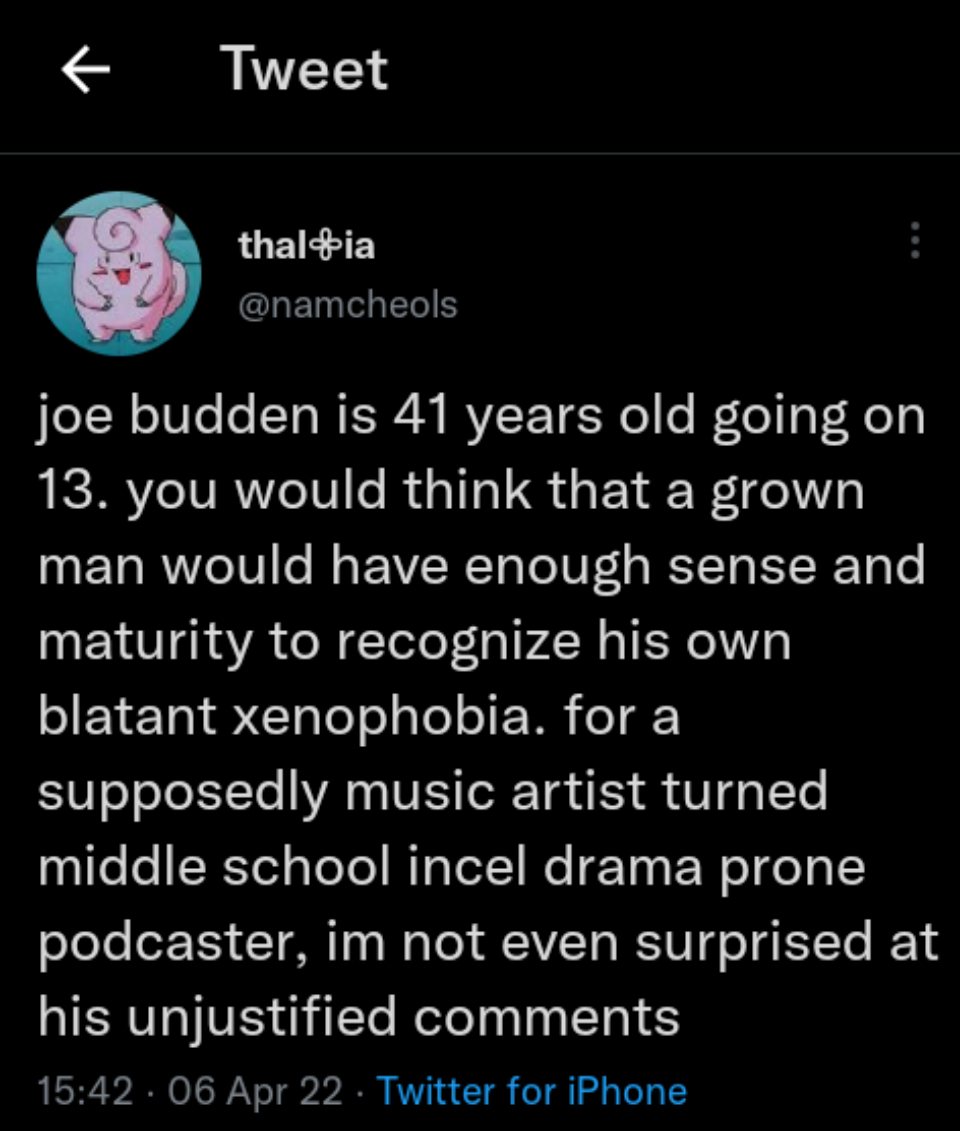 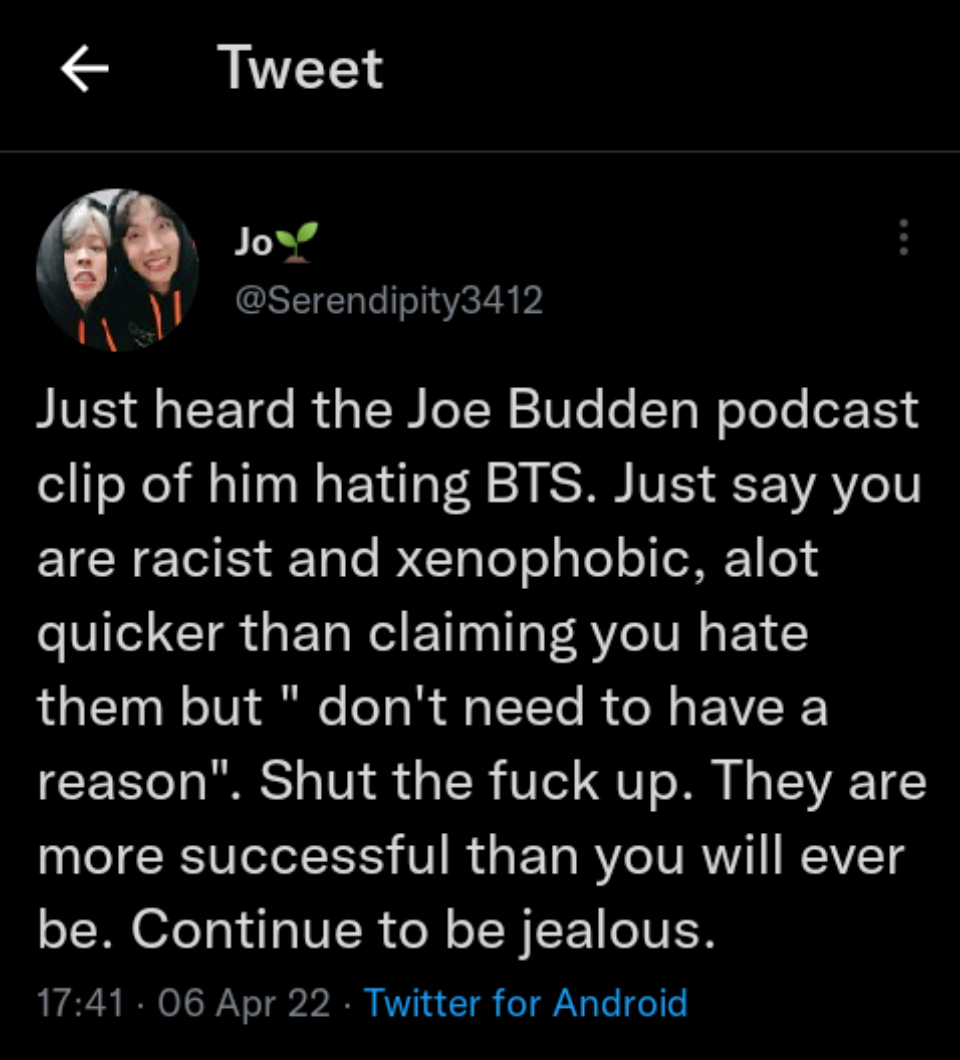