Joining their voices to hundreds of others on the net who have repeatedly questioned the inclusion of Doja Cat under R&B category in major awards, Summer and her boyfriend Lvrd Pharoh were the least thrilled about the rapper’s success.

In what initially looked like an expression of hurt at a perceived unfairness to his girlfriend, Pharoh took to instagram to ask for an explanation from the Billboard as to how an artist who only has “one R&B song ever” could have cleared all the awards in the Category. While acknowledging Doja’s talent in another post, Pharoh insisted that the right thing must be done regardless of who is involved. 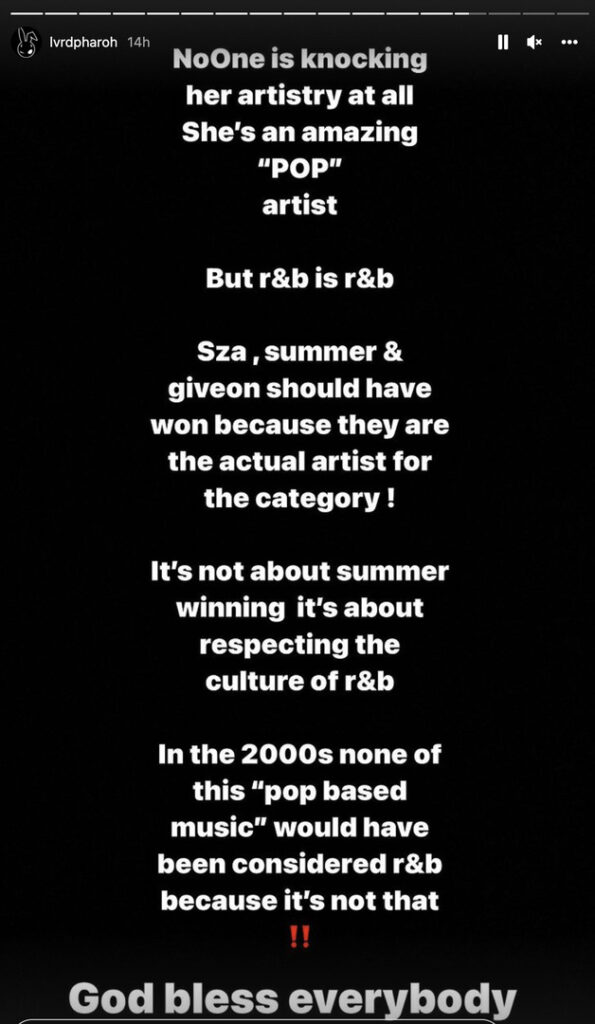 Perceived as an ill-thought outburst, Joe Budden has now taken to his podcast to call out Summer Walker and her boyfriend. Budden remarked that while Summer is well within her rights to express the reservations about Doja’s wins, her repeated support of rumours on social media makes it look like she’s sulking. Expressing his support for Summer’s opinion, Budden explained that at times awards are given out based on connection, and that Doja Cat appears to be more connected in the R&B world that Summer.

Watch the clip below:

Tags
Joe Budden Lvrd Pharoh Summer Walker
Olumide JokotadeMay 27, 2022Last Updated: May 27, 2022
Check Also
Close
Back to top button
Close
We use cookies on our website to give you the most relevant experience by remembering your preferences and repeat visits. By clicking “Accept”, you consent to the use of ALL the cookies. In case of sale of your personal information, you may opt out by using the link .
Cookie settingsACCEPT
Manage consent