Danieal Julez J. Smith Jr. comes from a musical family. After all, his mother is Solange Knowles, his aunt is Beyoncé, his uncle is Jay-Z, and his first cousin is Grammy Award winner Blue Ivy. It’s no surprise, however, that the 17-year-old aspired to follow in their shoes and pursue a career in music.

Julez shared a clip of his song on TikTok on June 4 for anyone to hear. He’s seen seated in the studio wearing sunglasses and a Homme hoodie in the 15-second film. He rapped over the beat while the bass hammered loudly.

His lyrics went along these lines, “I had to pack that heat/She kept showing all the signs, but kept disturbing all my peace/I’m trying to feed the game to n*ggas, but they always think it’s sweet/Just like Future said a while ago, the feds just did a sweep/F*ck the London drip, we gone get our clothes shipped out from Greece.”

Several media sources have posted the video on their platforms since he released it, resulting in over 100,000 views. The video is presently trending on Twitter, with thousands of people chiming in with their thoughts on his music. 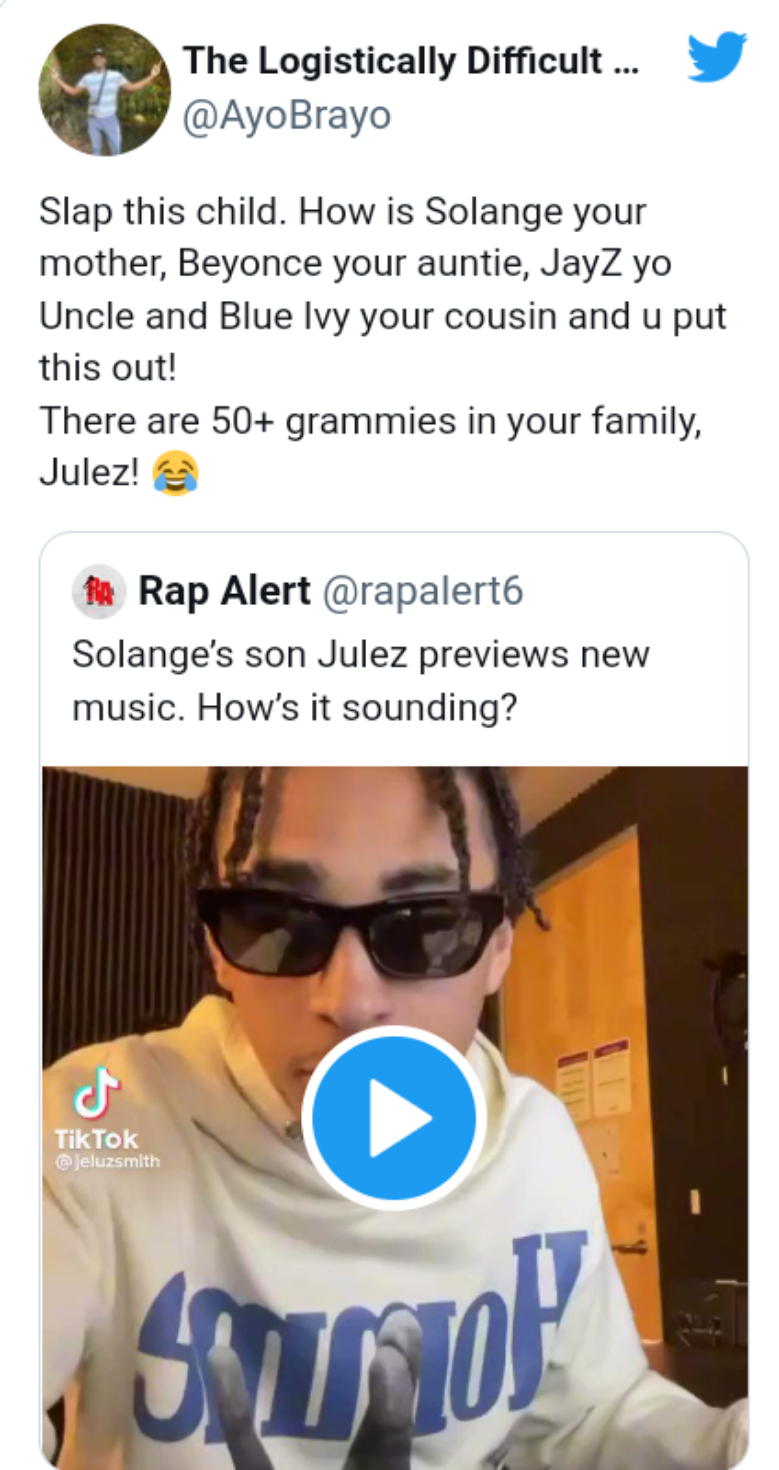 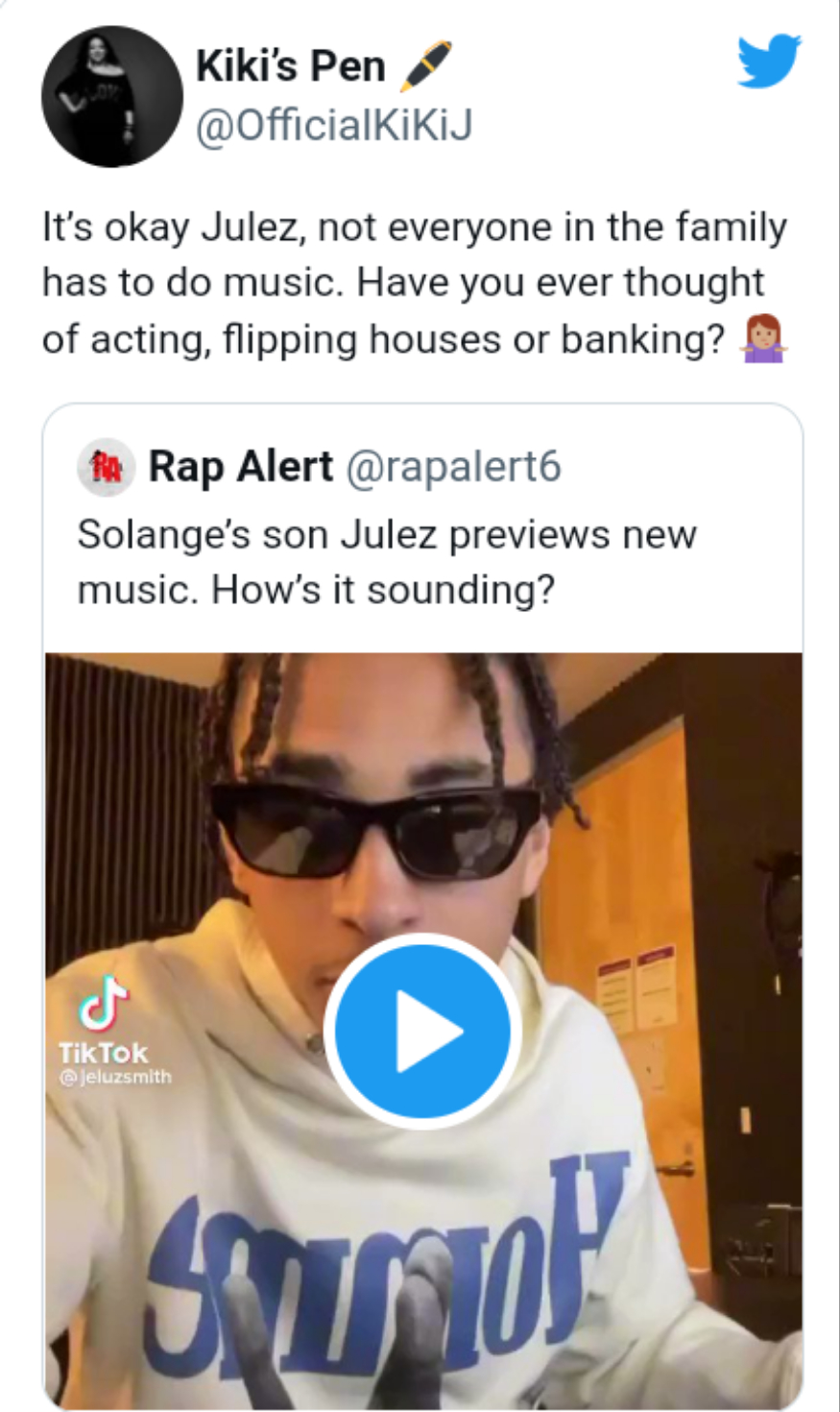