Justine Skye has taken a heavy jab at Giveon’s upcoming track, tagging it as “weak” days leading up to its release which would be later this month. The ‘Space And Time’ singer came at her ex-boyfriend while responding to a fan who had brought to her notice that she and Giveon had new songs queued for release just days apart from each other.

“I already know what this weak ass song sounds like anyway,” she wrote in her tweet. “It’s not what y’all think it’ll be.” Skye’s track titled “What A Lie” is set for release on April 22, while Giveon’s “Lie Again” comes out on April 29th. 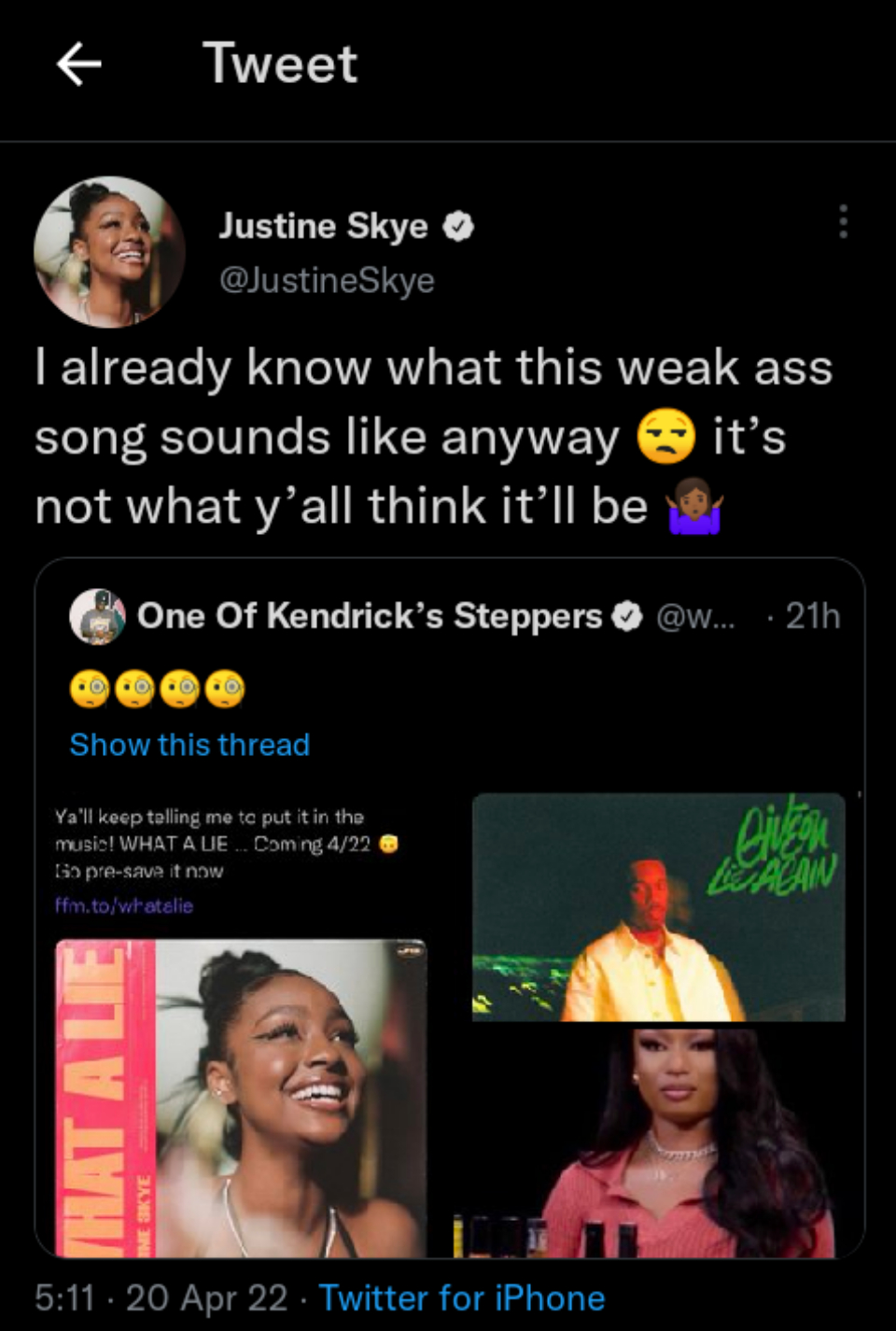 Skye and Giveon had severed things between each other last year after Skye had alleged that Giveon was unfaithful to her. Last December, she explained on Instagram Live a bit of what it felt like being in a committed relationship with a cheat.

Hell really hath no fury like a woman scorned.