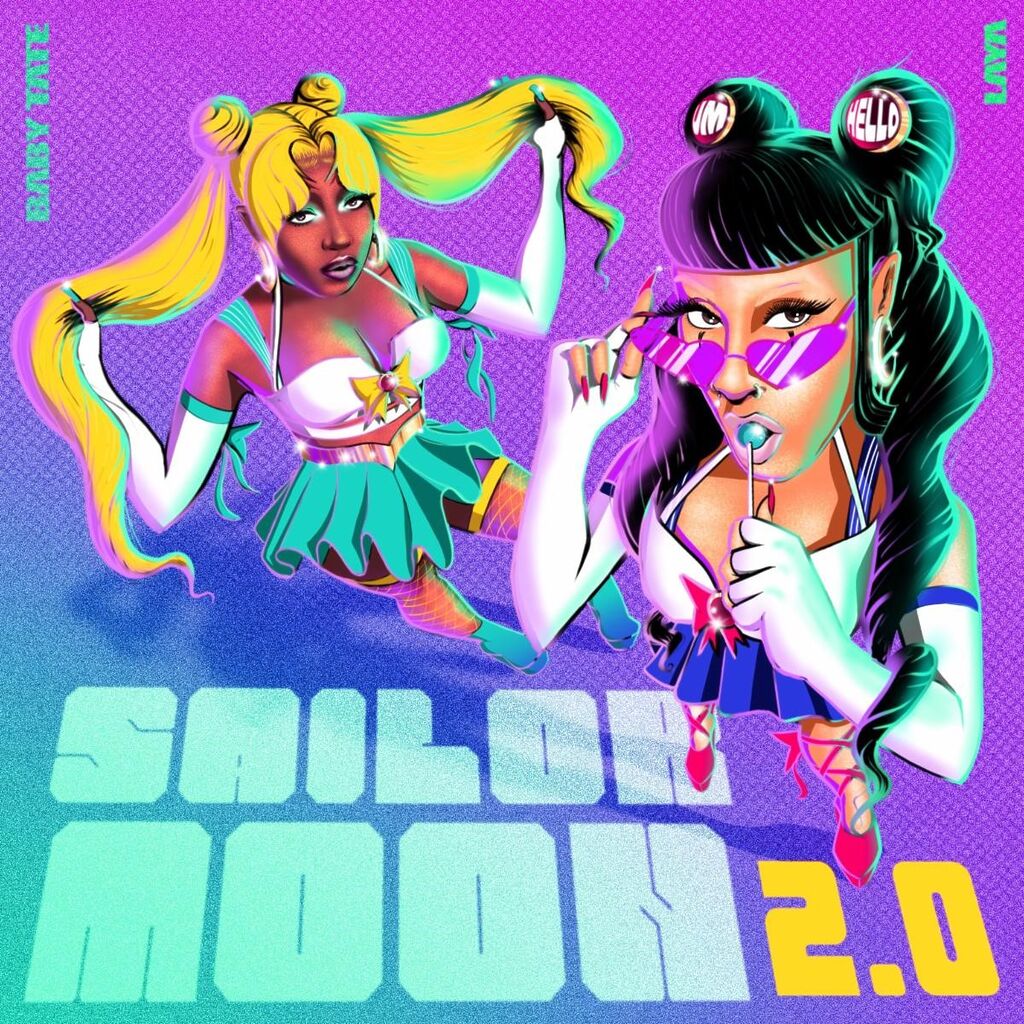 This time around, the Staten Island R&B singer/songwriter only amps up the track’s uncontainable spirit. Over hyper-animated production befitting of the song’s namesake, her wild delivery transfixes in bursts of energy. Meanwhile, the multi-hyphenate hip-hop phenomenon Baby Tate pulls up with a bright, boisterous, and bold cameo laced with quotable bars. “Sailor Moon 2.0” sees LAYA level up like never before!

Regarding this powerhouse collaboration, LAYA said, “What’s Sailor Moon without her Sailor Goons? I had to tag in my girl Baby Tate for ‘Sailor Moon 2.0.’ She is so talented and brings so much to the table. I’m happy to have her slay this one with me.”

Since her inception, LAYA has showcased her ability to meld ethereal soundscapes with nostalgia-soaked musicality. She has a knack for crafting hooks that feel good, garnering critical acclaim for her past efforts. Earlier this year, LAYA released her debut EP, Um, Hello, which has amassed 10 million global streams, 1.7 million YouTube channel views, and 3 million views across fan-generated videos on TikTok for “Crazy Down.”

Throughout her career, LAYA has self-directed, shot, produced, and edited all her music videos.

LAYA’s creative tenacity is showcased in the sultry visual for “Sock It 2 Me” – her reimagined rendition of Missy Elliott’s hit record – as well as on the original version of “Sailor Moon” and on “Brag” [feat. Fivio Foreign].

Right now, LAYA is traveling the country supporting Alex Isley on the Marigold Tour. This follows LAYA’s recent performances as support for Teyana Taylor’s The Last Rose Motel Tour. Later this month, LAYA will be embarking on tour with Phabo. Tour dates below and HERE: https://www.layaface.com/

Tags
Baby Tate Laya
Ayodeji Ibrahim Lateef Follow on Twitter September 9, 2022Last Updated: September 9, 2022
Check Also
Close
Load more
Back to top button
Close
We use cookies on our website to give you the most relevant experience by remembering your preferences and repeat visits. By clicking “Accept”, you consent to the use of ALL the cookies. In case of sale of your personal information, you may opt out by using the link .
Cookie settingsACCEPT
Manage consent