Regardless of the fact that Lil Nas X and Jack Harlow’s fan-favorite “Industry Baby” has dominated the charts and is being played almost everywhere, the BET Awards did not consider the song was deserving of a nomination. We recently reported on Lil Nas X’s disappointment—and rage—at BET’s decision to pass him up this time around, and he wasn’t kind to the long-running network.

“Thank you BET Awards. An outstanding zero nominations again. Black excellence,” he tweeted right after the nominations were unveiled. “I try to be humble so bad but it’s really f*ck you to a lot of you n***as.” Lil Nas X doesn’t appear to be letting up on BET’s neck, as he’s continued to speak out against the lack of recognition by both trolling the network and speaking seriously about LGBT musicians in the media. 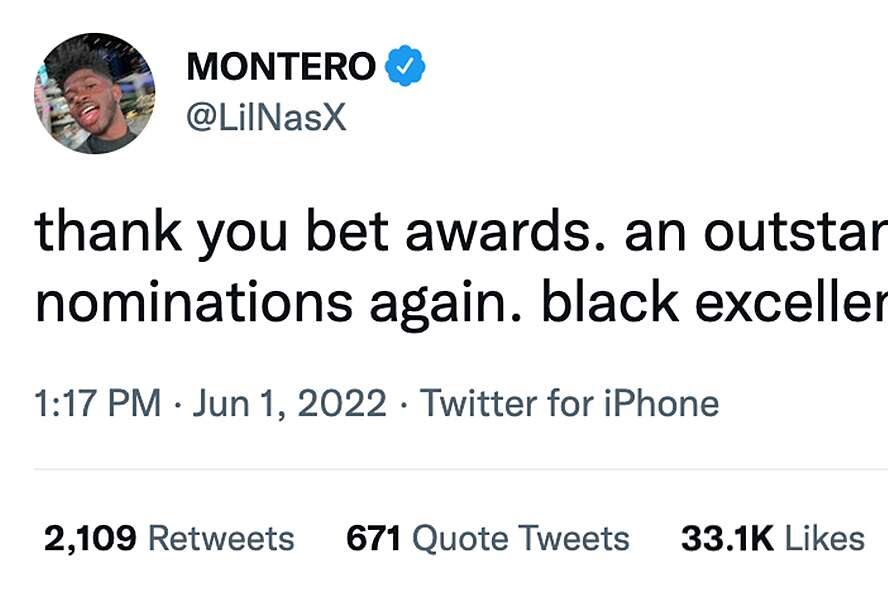 A fan of the singer-rapper tweeted that Nas X had won a Grammy, implying that BET’s failure to nominate him was a squandered chance. “This is my point exactly how can i get acknowledged by the most acclaimed award show in the world and then not even just 1 nomination from my own people? is that not crazy? am i really tripping,” the rapper wrote in reply to the tweet. 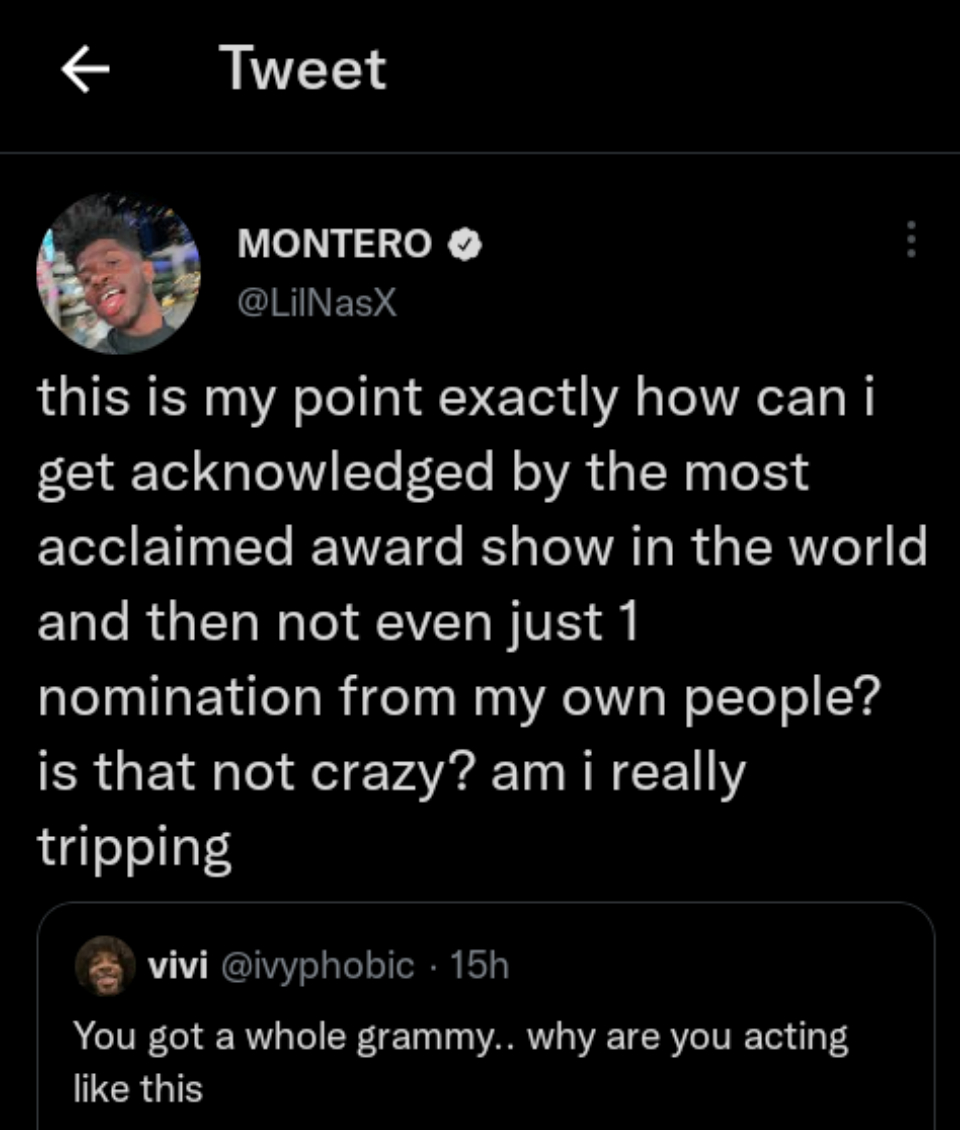