An all-star cast and new venue have been confirmed for Lost In Riddim’s comeback.

At Lake Cunningham Park in San Jose, California, the festival with an emphasis on Afrobeats is scheduled for October 1 through October 2. The occasion had previously been held in Sacramento. The city was picked because it had a bigger venue and offered more outside visitors accommodation and transportation alternatives.

Two main stages and separate performers will be present at the outdoor event. DJ sets will be played all day long on a third, much smaller tent stage. Two first-generation immigrants from Africa who wanted to start something fresh collaborated to launch the independent festival. In 2019, the first Lost In Riddim Festival took place.

With additional performances from around the diaspora, this year’s event expands the goal to keep the focus on Afrobeats music. Lost In Riddim 2022, which takes place on the weekend of Nigerian Independence Day, will feature performances by Wizkid, Burna Boy, and Davido as its headliners.

The Lost In Riddim event lineup for 2022 can be seen below. 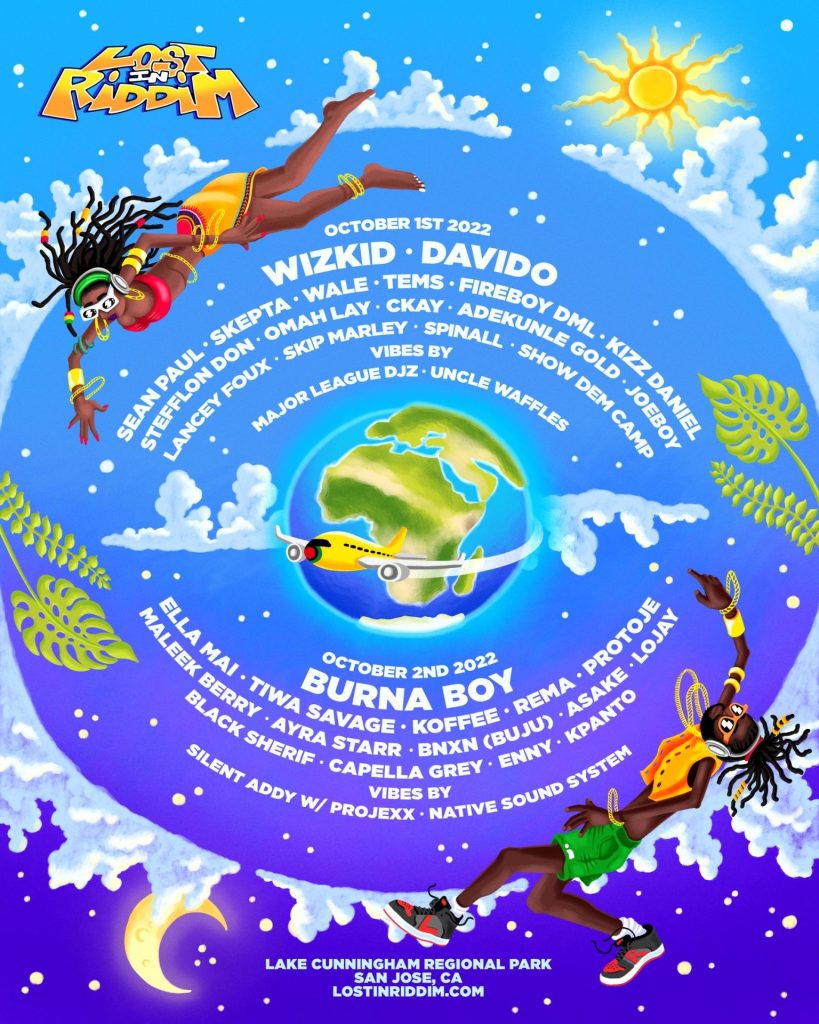 Tags
Burna Boy Davido Lost In Riddim 2022 Wizkid
Ikedichim Chibundu Follow on Twitter July 25, 2022Last Updated: July 25, 2022
Check Also
Close
Load more
Back to top button
Close
We use cookies on our website to give you the most relevant experience by remembering your preferences and repeat visits. By clicking “Accept”, you consent to the use of ALL the cookies. In case of sale of your personal information, you may opt out by using the link .
Cookie settingsACCEPT
Manage consent