Meek Mill and Boosie Badazz are sending out positive energy to YNW Melly.

More than three years have passed since YNW Melly was arrested on murder-related charges in his hometown, Florida. He had been accused of murdering two of his friends, Christopher “YNW Juvy” Thomas Jr. and Anthony “YNW Sakchaser” Williams, in 2018, together with Cortlen “YNW Bortlen” Henry.

The trial was expected to begin on Monday, April 4th, with the jury selection process. However, Complex has recent reports that there has been another delay in the case due to unresolved legal issues. The new trial date is yet to be set.

But before the announcement came of a delay in the trial, Boosie Badazz and Meek Mill had offered their prayers and good wishes to Melly for a positive outcome in his upcoming case. “Free Lil Melly he innocent … .let’s watch the facts of his case so he don’t get railroaded! It’s in florida it may be on tv,” Meek wrote on Twitter responding to a tweet in connection with the potential evidence submitted for the case. 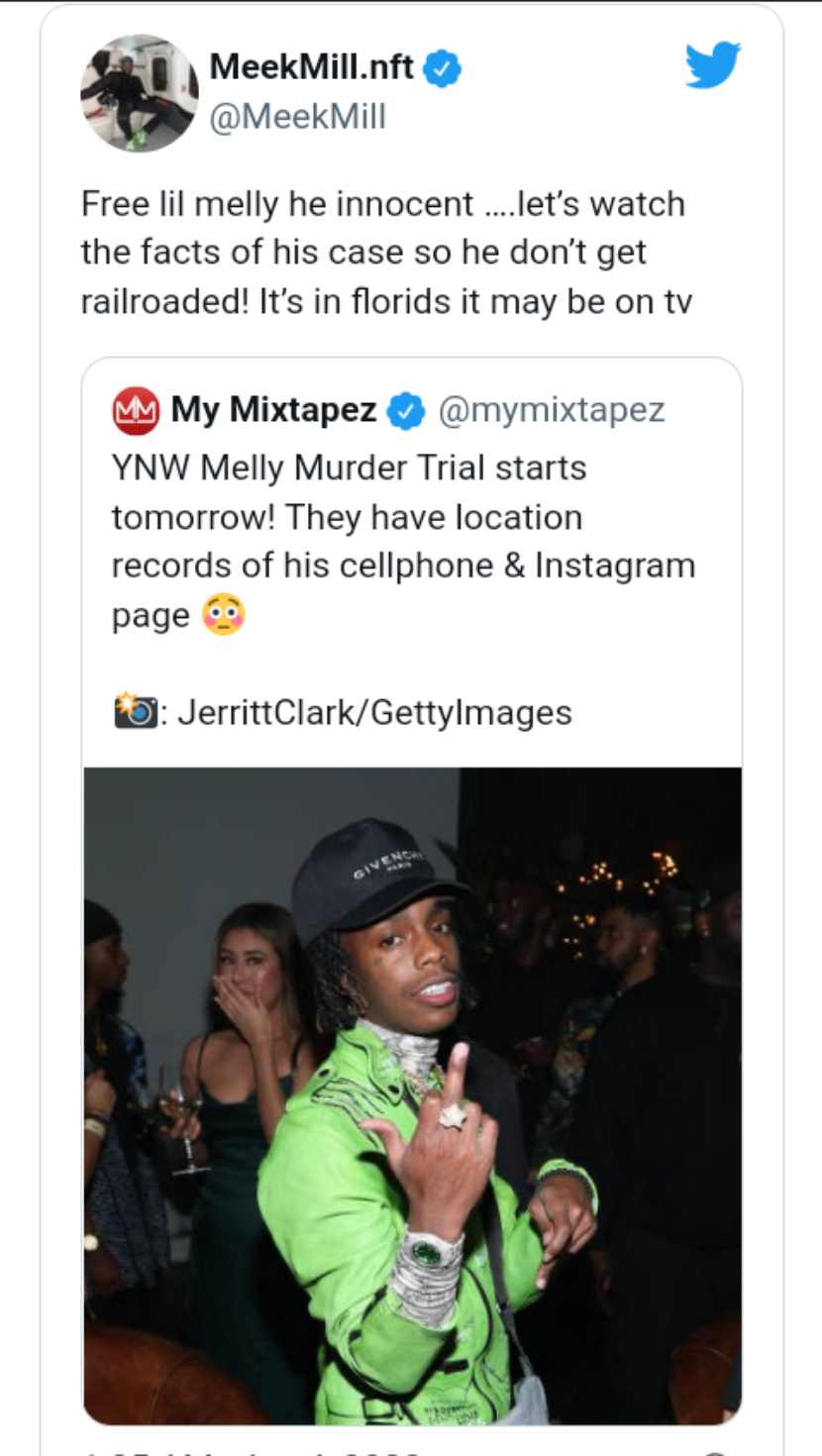 Also calling for Melly’s freedom, Boosie claimed that the “Mixed Personalities” rapper is innocent. “IM n PRAYERS for @YNWMelly Tonight â¼ï¸ I WaS N THE AIRPORT N HE PAID FOR MY FOOD N MAGAZINES N REALLY SHOWED ME LOVE N RESPECT “hell na OG u ain’t payin for shit â¼ï¸ Im about to call the prayer warriors for you bro,” tweeted Boosie. 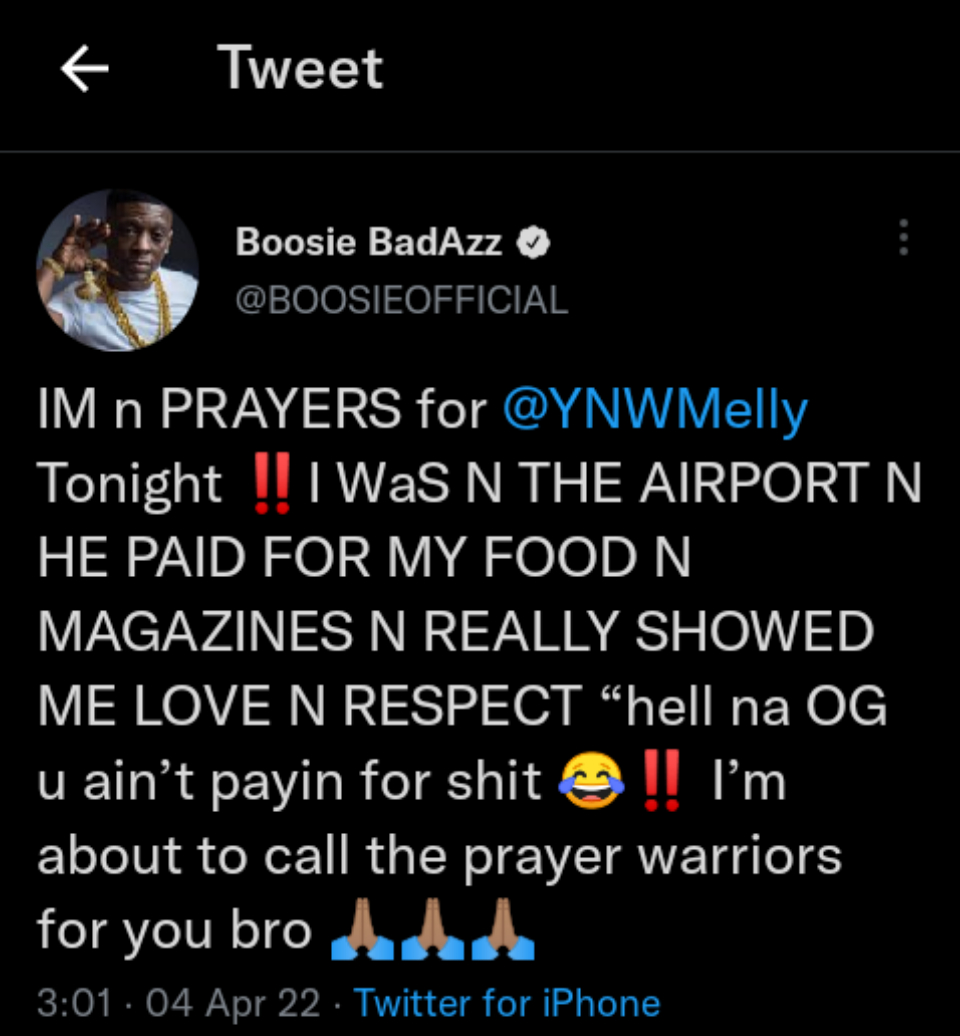