Meek Mill decided to no longer be quiet about his label struggles, speaks out in criticism of his record label, Atlantic Records.

The Philly rapper has aired his grievances publicly with his record label. He said he was “blackballed” by the label when his last album, Expensive Dreams, was released last year. He said he got no support from the label for the album.

In addition to that, a 9-month embargo was placed on his freedom to drop new music. It hurts him because they didn’t show up for him and wouldn’t let him release new music.

He also stated that the label has tried to put him at loggerheads with Roddy Ricch and Rick Ross.

Taking to his Twitter page, he spilt, “So look, I made Atlantic records 100’s of millions and let them rape me out Roddy a artist they came to me about in jail,” Meek wrote. “They still saying I can’t drop music until 9 months after my last album got blackballed.” 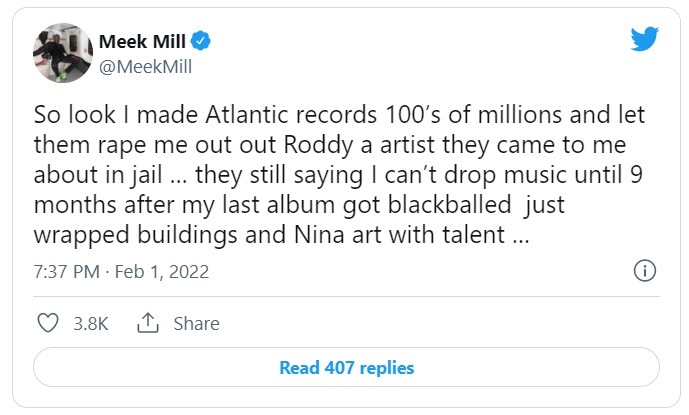 In another tweet that followed, he went ahead to write, “If I didn’t have millions, I’d probably do something crazy,” Meek said. “They outsmarting young black kids taking advantage and calling it business! Other artists speak up and tell the truth while you are winning, not when you are down!”

Below are the rest of his tweets on the same subject: 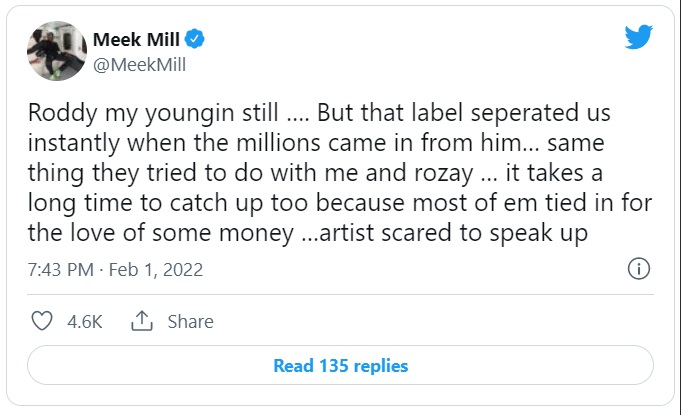 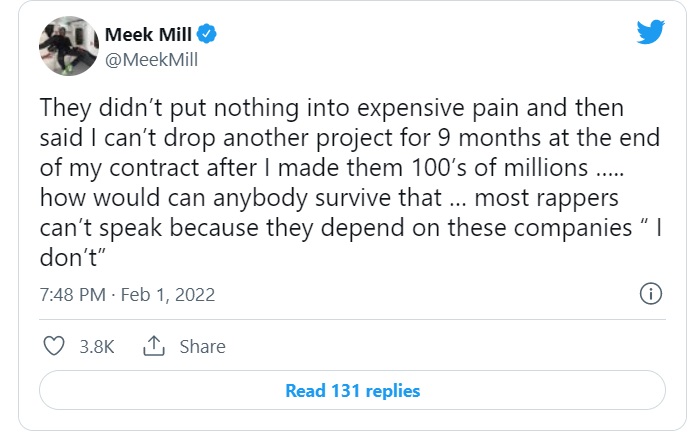 Tags
Atlantic Records Meek Mill
Ikedichim Chibundu Follow on Twitter February 2, 2022Last Updated: March 31, 2022
Check Also
Close
Back to top button
Close
We use cookies on our website to give you the most relevant experience by remembering your preferences and repeat visits. By clicking “Accept”, you consent to the use of ALL the cookies. In case of sale of your personal information, you may opt out by using the link .
Cookie settingsACCEPT
Manage consent