7-times Grammy Award-winning producer, Mike Dean was put on blast by the BTS Army. Out of the many stan groups and online fandoms, the K-Pop collective’s fan base are some of the most feared, because they are willing to troll you out of your skin should you dare throw shade at their fave performers.

Over the past weekend, Dean, who had worked with Ye on his DONDA album, took out on the boy band his frustrations over having lost out on a Grammy Award, which subsequently threw him right in the path of some serious fan wrath, later prompting him to tender an apology.

“OK. SORRY TO BTS. JUST F*CKING TROLLING,” the 57-year-old wrote after being dragged for responding “Anyone,” to a post from the Recording Academy that was asking users to present a group “smoother” than BTS. 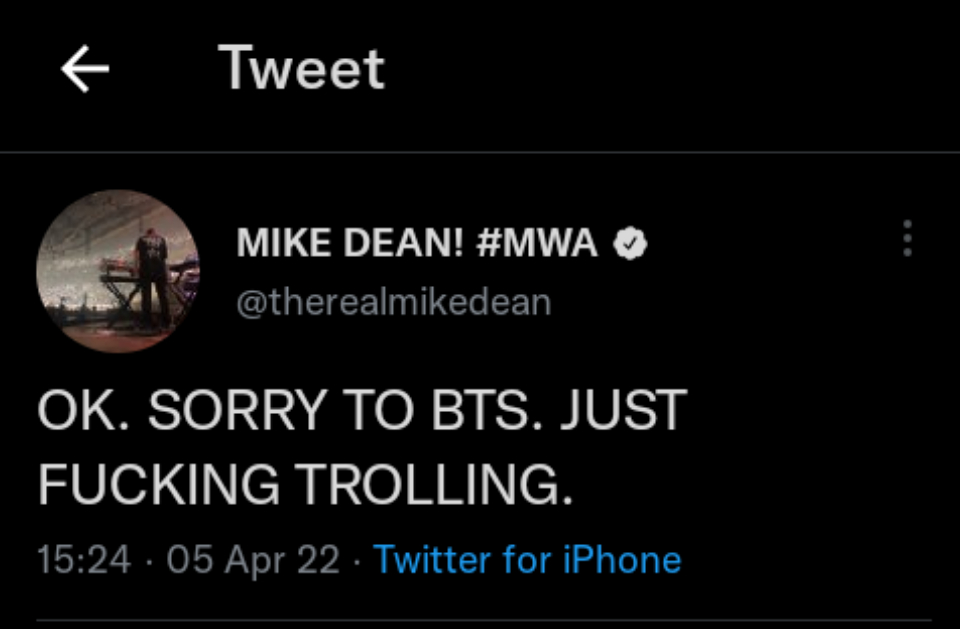 In another post, Dean shared, “Ok folks. I was mad about Album of the Year and made a post I shouldn’t have made. My gf just made me feel bad for it.” 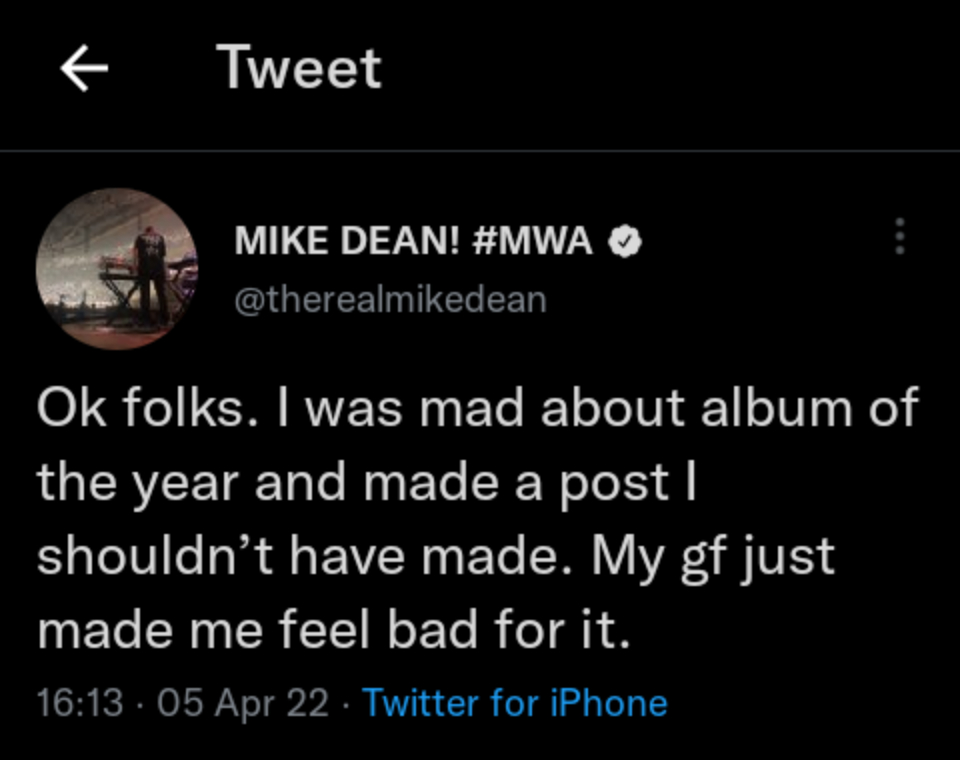 Late on April 3rd was when the producer had expressed his frustrations in a tweet that said, “Again we lose album of the year.” In another post that’s gained plenty of traction, he wrote, “Team Travis and Kanye. Get these BTS fans off my d*ck.”

According to HipHopDx, Dean has since made amends with the BTS Army, explaining that he’s open to working with the group.

Tags
BTS Mike Dean
Ikedichim Chibundu Follow on Twitter April 6, 2022Last Updated: April 6, 2022
Check Also
Close
Back to top button
Close
We use cookies on our website to give you the most relevant experience by remembering your preferences and repeat visits. By clicking “Accept”, you consent to the use of ALL the cookies. In case of sale of your personal information, you may opt out by using the link .
Cookie settingsACCEPT
Manage consent