Missy Elliott is a hit-maker who has been in the business longer than many of her contemporaries, so people should pay attention to her advice. More musicians are being promoted than ever before in the history of music. It’s simple to open an app and be inundated by new or even established artists looking to promote their newest song, project, or collaboration, but very few veterans are passing on their knowledge to the generation that will come after them.

Missy recently took to Twitter to offer guidance on sophomore albums. She has won or been nominated for almost every major award imaginable. Artists frequently fear these records since the “sophomore slump” curse is all too real for performers. Missy, however, thinks that if done well, this may be enlightening for both the artist and their fans.

“Sophomore Albums are a very PIVOTAL time for artist! Here is a gem from MISSY!” she wrote. “Your sophomore album be stressful but it’s the BEST ALBUM to EXPERIMENT on! Don’t be AFRAID! Becuz If u play safe you will be BOXED in & its hard to get out because your fans get used to that 1 sound[100 emoji].” 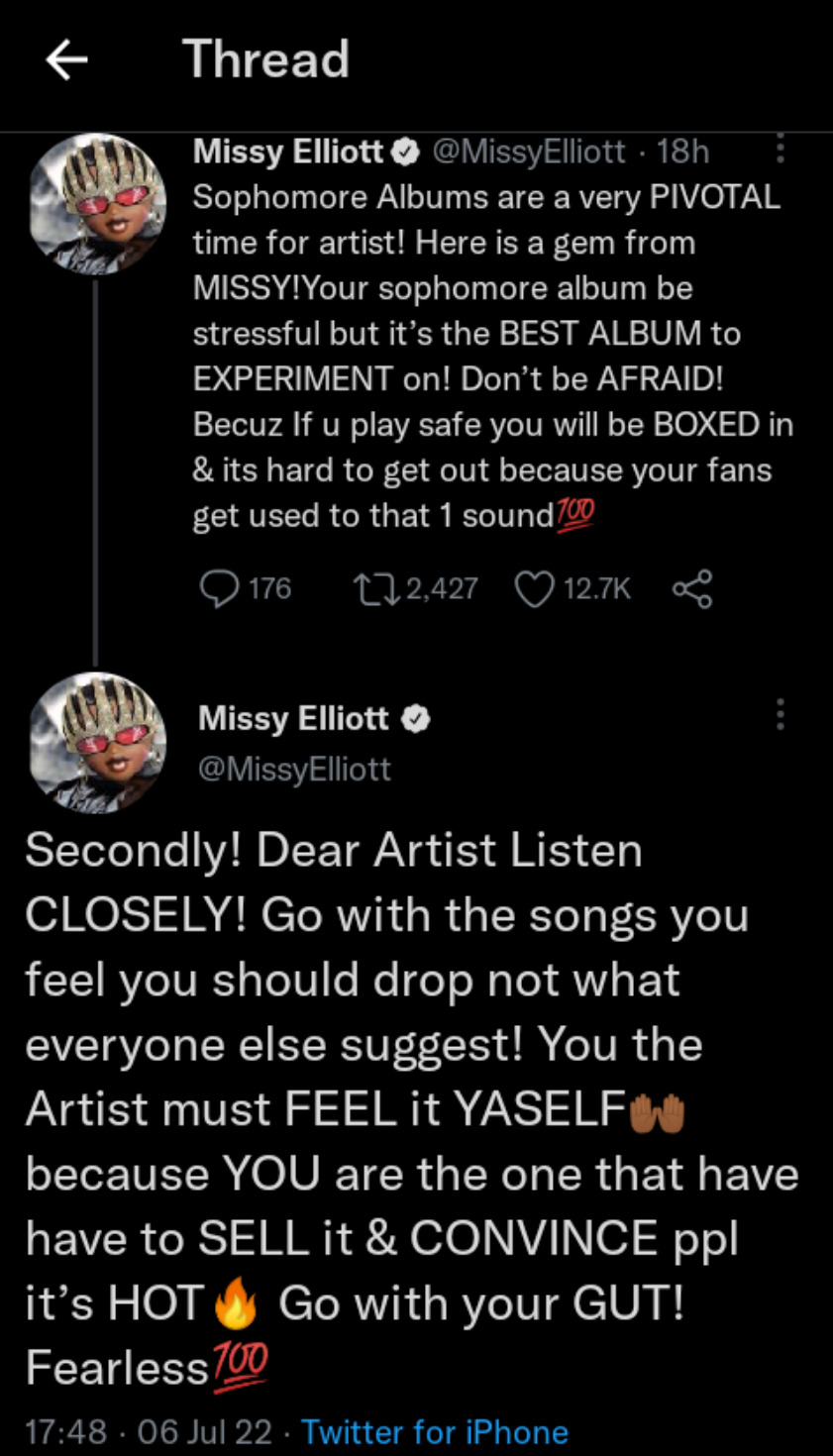 Most of her followers praised her in the comment section for the wise counsel she was giving.

Tags
Missy Elliott
Ikedichim Chibundu Follow on Twitter July 7, 2022Last Updated: July 7, 2022
Check Also
Close
Back to top button
Close
We use cookies on our website to give you the most relevant experience by remembering your preferences and repeat visits. By clicking “Accept”, you consent to the use of ALL the cookies. In case of sale of your personal information, you may opt out by using the link .
Cookie settingsACCEPT
Manage consent