Theology HD brings some of his standout production to a new collaboration with Moonchild Sanelly to keep the Amapiano scene moving forward – “Kokokokoko” is a banger that also features a star turn feature from Grammy Nominated artist Jidenna.

Theology HD’s already massive “Mama’s Love” Amapiano hit is given a remix/redux with full new vocals from Moonchild Sanelly, building on the track’s already heavy club roots and moving it into new spaces.

Following the release of Phases, Moonchild Sanelly has garnered support across The Observer, Dazed Magazine, GRM Daily, The Face and bagged a Mixmag cover. She’s also had continuous support across Radio 1 and 6 Music. 2022 has seen Moonchild Sanelly tour the globe with festival performances at SXSW, Primavera and Glastonbury, as well as supporting Gorillaz which saw her travel with them across Europe, to Australia and finishing at London’s All Points East.

Tags
Jidenna Mama’s Love Moonchild Sanelly
Ayodeji Ibrahim Lateef Follow on Twitter November 8, 2022Last Updated: November 8, 2022
Check Also
Close
Back to top button
Close
We use cookies on our website to give you the most relevant experience by remembering your preferences and repeat visits. By clicking “Accept”, you consent to the use of ALL the cookies. In case of sale of your personal information, you may opt out by using the link .
Cookie settingsACCEPT
Manage consent 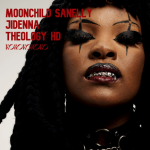