Eminem dropped an album titled Curtain Call: The Hits In December 2005. It was a collection of some of his very classics until that album was released; he included some new songs. The album has songs like ‘Lose Yourself’, ‘The Real Slim Shady’, ‘Stan’, and ‘My Name Is’, to name a few. 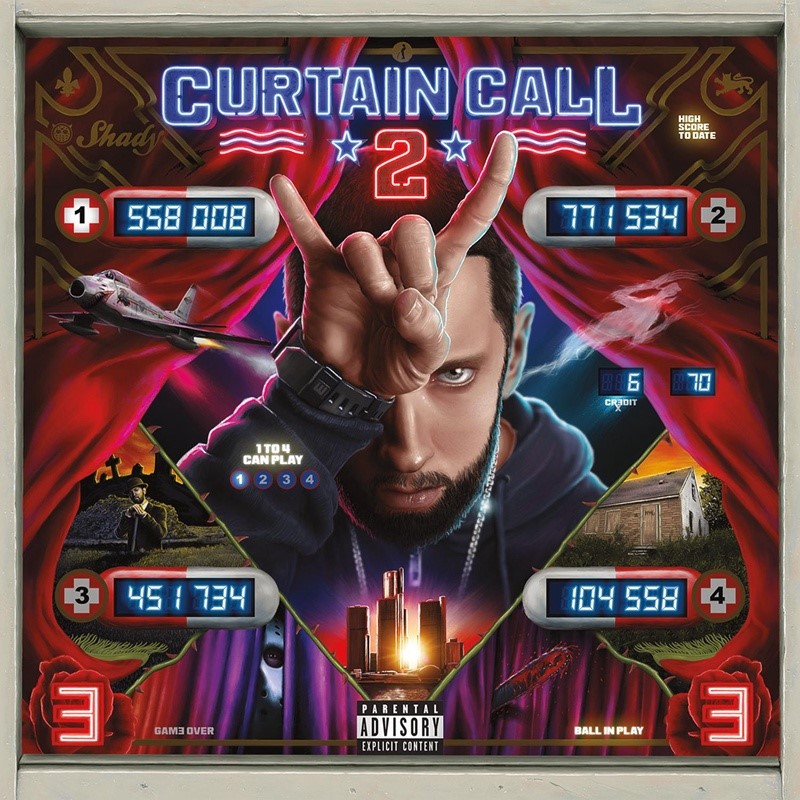 With that awesome list of tunes, it should not be a surprise that it has charted on Billboard 200 chart for more than 10 years. When Eminem released a new song which featured Snoop Dogg and revealed that Curtain Call 2 was in the works, it got his fans thrilled.

Tonight, the album has been released worldwide. It contains Eminem’s biggest songs since the release of Relapse, including ‘Love The Way You Lie’ featuring Rihanna, ‘Not Afraid’, ‘River’ featuring Ed Sheeran’, ‘Rap God’ and many more. In Curtain Call 2, Eminem adds three new songs; “From The D 2 The LBC” featuring Snoop, his recent CeeLo Green collaboration, “The King And I” and a never-released 50 Cent featured rap song from 2009 titled ‘Is It Love’.

Curtain Call 2 is Eminem’s second greatest hits album, which is a sequel to his 2005 effort. The double disc album houses 16 tracks.

Just lately, the Detroit hip-hop artist also released a visual for 50 Cent and Dr. Dre hit collaboration titled “Crack A Bottle” which was released in 2009. You can stream the compilation album below.