Nicki Minaj has disclosed future plans for a joint tour with Drake and Lil Wayne.

During a Twitter Q&A session last weekend, the rap emcee teased the potential outing with her Young Money gang. “Have you ever thought about a Big 3 Tour and maybe making it happen ??? Seeing Green will sound so good live,” asked one of her fans. To which Nicki said the idea has actually been on the table for a minute, but their very busy schedules have made it a herculean task to organize.

“Yes, of course. That’s been discussed many times. Really a matter of timing,” she responded. She is also worried about the logistics and all that would go into pulling off such a super huge tour with three world superstars. “Also, IDK how all 3 of us would have enough time on stage to please all of our diff fans. Those are some pretty large catalogs.” 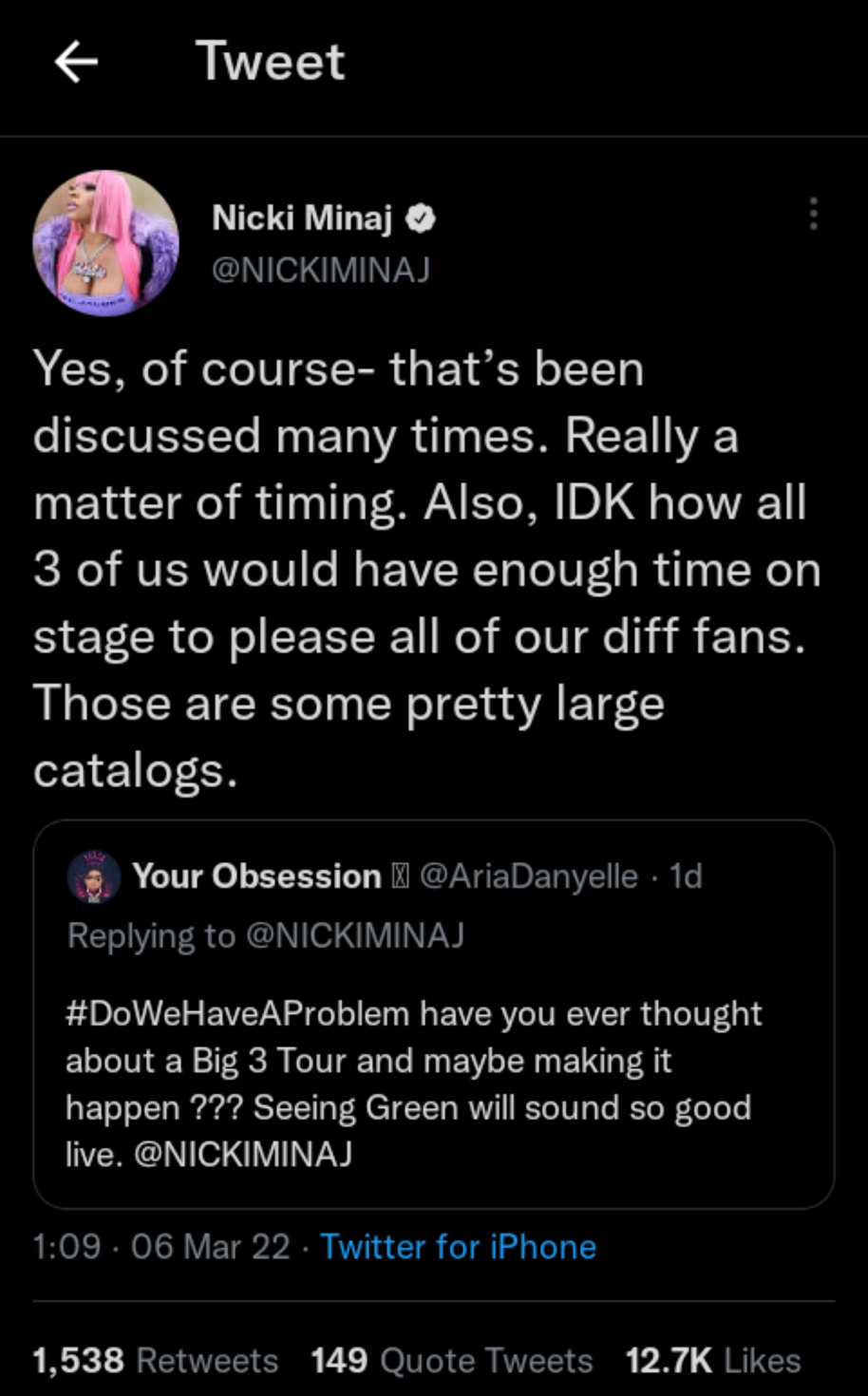 During her Q&A session still, the “Bussin’ ” rapper threw in some info about how she and Drake had discussed having him executive-produce her forthcoming fifth album. “We actually discussed him EP’ing this new album. That was b4 Seeing Green even came out,” she wrote. 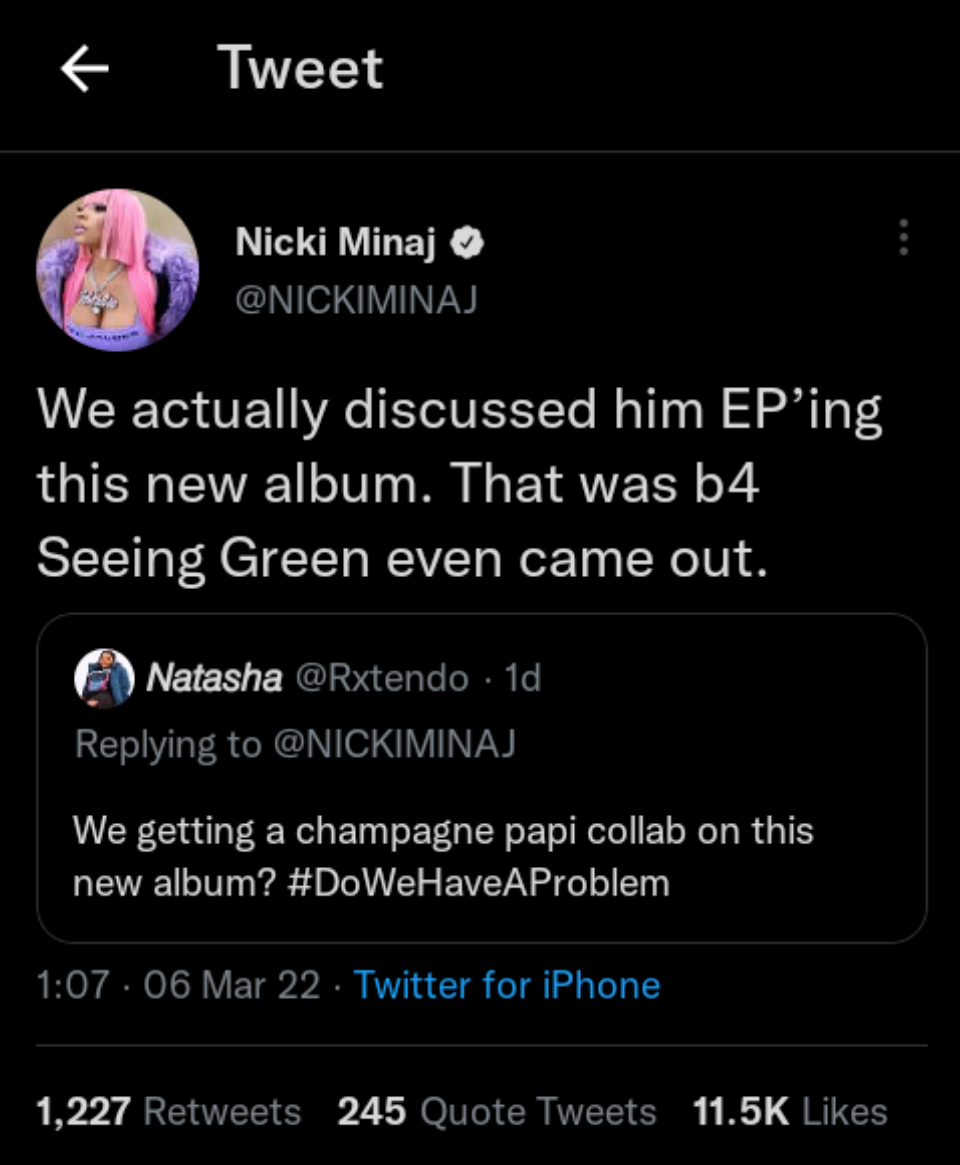 Nicki has been slated to headline a series of festivals this summer that includes the Essence Fest in New Orleans and the U.K.’s Wireless Festival.

Tags
Nicki Minaj
Ikedichim Chibundu Follow on Twitter March 7, 2022Last Updated: March 31, 2022
Back to top button
Close
We use cookies on our website to give you the most relevant experience by remembering your preferences and repeat visits. By clicking “Accept”, you consent to the use of ALL the cookies. In case of sale of your personal information, you may opt out by using the link .
Cookie settingsACCEPT
Manage consent